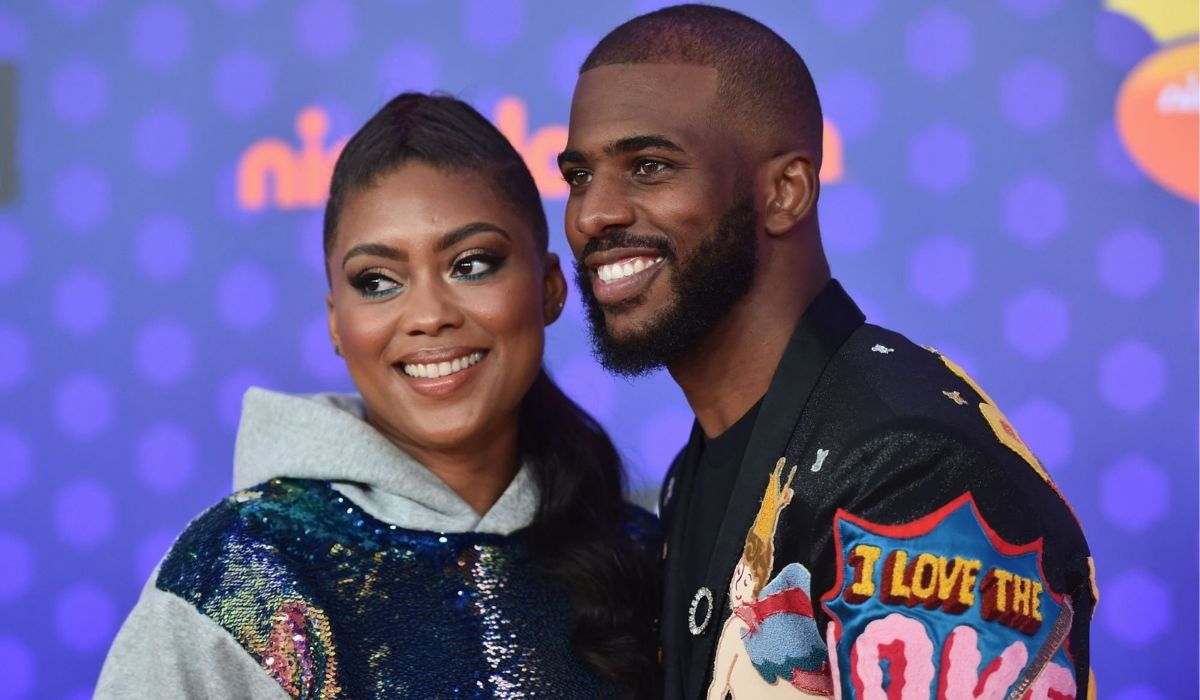 Chris Paul is the highly talented and prolific American professional basketball player who was in the spotlight lately when Kanye West allegedly dragged his name into an issue where he was absolutely off the hook. Chris Paul who is in a long-term relationship with his wife Jada Crawley entered into the spotlight and cleared the smoggy situation and asserted how innocent both parties are. People across the globe are curious to know more about the relationship between Chris Paul and his wife. Let us have an exhaustive look at the life of these two love birds.

Chris Paul and his wife Jada Crawley have been dating for quite a long and back in 2011 the duo tied the knot. Now they have been married for long eleven years and living a splendid life with their two kids.

Chris Paul and Jada Crawley met in 2005 and they have been together for seventeen years. Chris and Jada were college sweethearts and two of them grew up in the same hometown. When they were high school students, they were absolutely strangers. The couple had their first encounter in 2005 at a basketball game in Wake Forest.

Chris Paul and Jada Crawley started to have feelings for each other and started dating when both of them entered their freshman year. As per sources, they both were eighteen when they started dating and it was Jada who made the first move to make their relationship work.

So on their first riveting date, the couple went for a movie and watched Love Don’t Cost a Thing, a film that starred Nick Cannon and Christina Milan. Chris Paul was engrossed in the movie and he was deeply affected by the beauty of the actress and he could not stop his mouth from speaking about her. His wife Jada Crawley still makes fun of him by saying this.

Their relationship got stronger each day and Chris and Jada welcomed their son, named Christopher Emmanuel Paul II. He was born on May 23, 2009. Their son is currency thirteen years old and it was their mother who took care of them when they needed their father, as Chris Paul was way too busy with his game season.

It was after their son, Christopher that the couple decided to get engaged. Back in 2010 was the year when Chris Paul proposed to his girlfriend aka the mother of his child to marry him. After completing five years, of dating, as romantic and filmy as it may sound, Chris Paul went on his knees and proposed to Jada, the love of his life.

Their common and good friend Teyana Taylor tweeted to show her love and congratulations to the couple.

Chris Paul And His Beautiful Family

Chris Paul and Jada Crawley celebrated their eleventh year of togetherness in September. The beautiful couple got married back in 2011 and is leading a splendid life with their kids.

Chris Paul is definitely a family man and he often describes his beautiful wife as the solid rock of their family because Jada is the iron lady of their family and deals with everything in their lives. Even after some repugnant remarks about Chris Paul were swirling over the internet, Jada Crawley stood like a big wall and protected Chris Paul and her family from it.

Albeit Chris Paul is pretty much occupied with his games and schedules, he always makes sure to have time with his family and be there for his kids as a strong father. Chris Paul is one of the most fierce and greatest guards in NBA history and he has been with the Phoenix Suns since 2020.

Chris Paul kickstarted his career back in 2005 for New Orleans Hornets and he has been the greatest player of the Los Angeles Clippers, Houston Rockets, and Oklahoma City Thunder.

After getting engaged in 2010, within a gap of one year, the lovely couple married on September 10, 2011, in North Carolina. To celebrate this grandeur of marriage, over three hundred people attended the wedding, at the Ballantyne Hotel and Lodge, Charlotte.

After their splendid marriage, the couple welcomed their second baby in 2012. This time it was a girl baby and they named her Camryn Alexis Paul on August 16, 2012. As of 2022, Camryn would be in her ten years of age and their mother often takes them to see their father playing.