In news that came as a shock to all Euphoria fans, Barbie Ferreira,...
HomeTop NewsWho Is Maryka?... 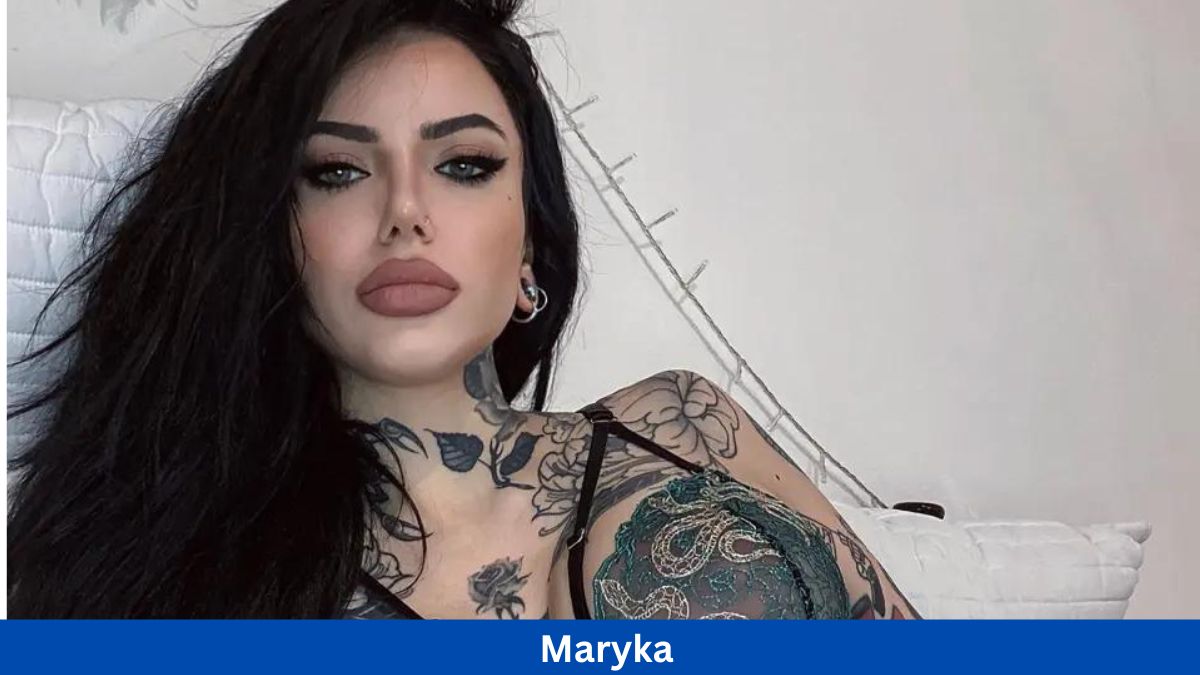 What are we getting to hear these days? Is Adam Levine cheating on Behati Prinsloo? Is he dating anyone behind her back?

We ourselves are hesitant to reveal that our favorite, Maroon 5 frontman, Adam Levis has been accused of sending flirtatious messages to the DMs of the beauties, Alysin Rose and Maryka.

If so, then when he said “ I need a girl like you, yeah yeah”, he must have actually meant two girls lol.

The woman has shared a screenshot of the alleged conversation with the Payphone singer which was sent from her official Instagram account of Levine. The revelation arrived on the heels of the foremost accusation made by Sumner Stroh in her TikTok clip on Monday, where she recalled her past relationship with Levis when, at the time, he was already married.

She said, “Essentially, I had a romantic affair with someone who happens to be the husband of a Victoria’s Secret model. At the time, I was not on the scene as I am now, and frankly, I feel exploited now. I was young and naive and was very easily manipulated.”

The screenshot-sharing trend was initiated by Stroh, who uploaded the texts shared among the duo when they were in the supposed relationship. “Seeing you in person, I was like I’m fu**ed”, said Stroh, to which Adam Levine said, “You’re hotter in person, so am I.”

In the second screenshot, Levine was seen seriously asking her if he and Behati could name their baby Sumner or not. However, Sumner only realized now that she was getting emotionally trapped and manipulated, to which she was unknown at the moment, ending up compromising her morals.

Shortly after the topic garnered much attention on the internet, comedian Maryka, without a second thought, posted a screenshot where the chats shared by Levine with her were seen crystal clear. Interestingly, the single screenshot was more than enough as one of the texts from the Animals singer read, “ Distract yourself by fu****g with me”. Uhh, we cannot come up with an optimistic meaning for what he said there though!

So, what could be the relationship Levine had with Maryka? Before that, Who Is Maryka?

Maryka is a reported comedian and a tattoo enthusiast who has over 43k followers on Instagram, only to admire her tattoo-filled hourglass figure. At the time, we do not have much idea about Maryka, all we know, or what she has exposed so far is her latest tattoos, for which she receives tons and tons of compliments per day.

What Are The Accusations Prevailing On Adam Levine?

Following the Tiktok video posted by Sumner Stroh, a slew of accusations were unleashed regarding the verbal abuse by the Maroon 5 singer.

On September 20, the IG influencer Alyson Rose and Maryka accused Levine of flirting with them online. Alongside the two women, Levine’s former yoga instructor, Alanna Zabel also disclosed what she was hiding by far. Right after the online confrontation, she took her experience with the raunchy messages of the songster.

Maryka used the hashtag, #ExposeAdamLevine in the series of Instagram stories she made on Tuesday. There, she shared literally everything which would sue the singer in the coming days. However, the rest of the alleged chat was shared by a TikTok channel, @igfamousbydana.

The screenshots aired on the tea channel disclosed the streamy conversation between the duo, where Levien complimented the hourglass figure of Maryka.

Maryka even claimed that Levine sent her a clip of himself.

At one point, Levine expressed his obsession with the comedian, to which she replied, “Aren’t you married?” As far as we know, it seems there is trouble in his marriage with Behati Prinsloo.

Meanwhile, the second woman, the TikTok user Alyson posted another screenshot and captions, which have been removed by now, claiming that Levine texted her about his family matters, later which she uploaded a screenshot, where we saw a text that said “ We, shouldn’t be talking right now.”

Since Alyson was familiar with Levine’s tattoo artist, she felt no issue in sharing a couple of words with the singer, but eventually, the modulation changed and he began to ask for her photos.

Although the initial conversations shared by the two seemed appropriate, however, things got steamier with every exchange. As per Alyson, she is not comfortable revealing everything on social media as it might stir up the relations she has with her current boyfriend. But she still climbed the mountain only to empower other women to come ahead with such experiences.

Sadly, a flurry of tweets regarding the rumor began right after Behati Prinsloo and Adam Levine announced their third pregnancy. The couple is currently parents to Dusty Rose, 5, and Gio Grace, 4.

Following the revelation made by Stroh, where she said that Levine manipulated her to date him, he spoke the next day to Source, “ I use poor judgment in talking with anyone other than my wife. I had no love affair, nevertheless, had I ever crossed the boundary.”

“Sometimes, it became inappropriate, and I have addressed that to my family and have been taking active steps to remedy this”, he continued.

“I only have my wife and my family and they are the ones I care about the most. To be that naive to risk the only thing I got, would be the greatest mistake to ever make.”

“I take complete responsibility and I will never repeat that again. We are sorting things now”, he concluded.

However, this was his response when the primary allegation aired through Stroh’s TikTok video. The second set of allegations made by Maryka, Alyson, and Zabel are set to be addressed by the Maroon 5 lead singer.