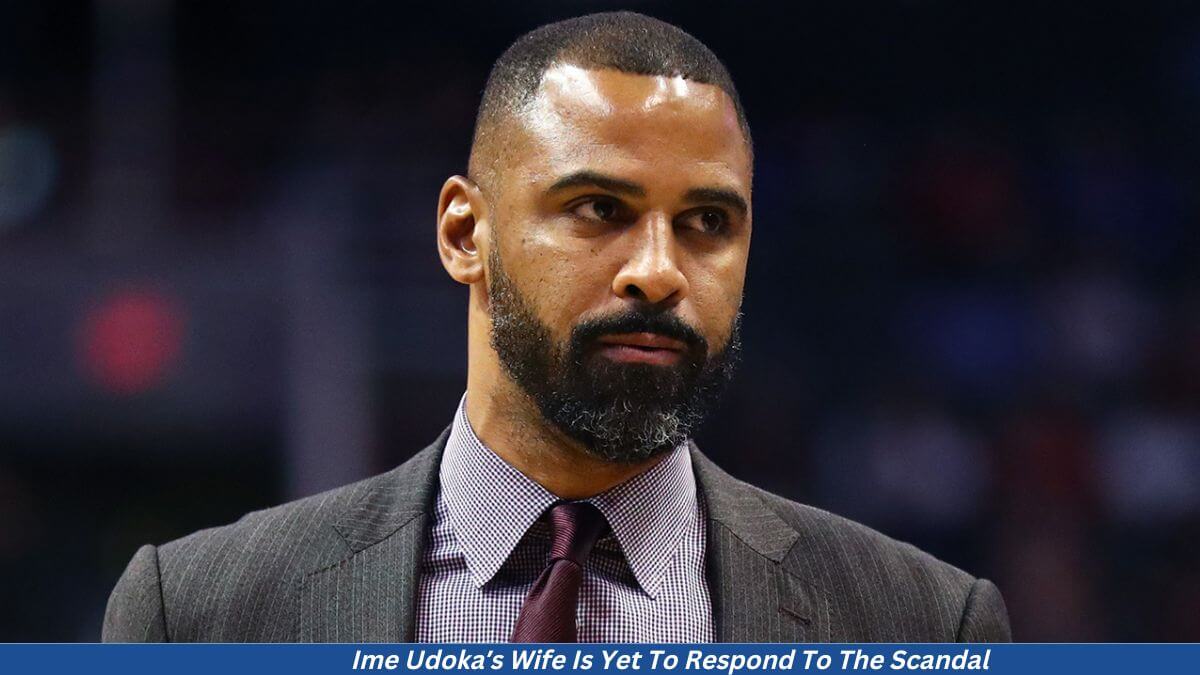 Boston Celtics Coach Ime Sunday Udoka facing disciplinary action and he might be suspended or even dismissed after he allegedly had an intimate relationship with one of the female members of the franchise staff.

According to the sources, the team has strict guidelines for such matters, and they are willing to take strict actions if the guidelines are not followed by any of the members.

Yes, he is married to Nia Long since 2015. The 51-year-old American actress got several recognitions including the NAACP award and Black Reel award. She had a son from a past relationship and another son with Udoka.
She acted as a supporting actress in hundreds of movies and a few most recognized are, her roles in the Boys n the Hood, Big Momma’s House, Best Man Holiday, and Third Witch.

The couple was in a relationship from 2010 and their son was born in 2011. After 5 years of live in relationship, they both decided to get married in 2015.

In a video shared on her Twitter profile on May 30, 2022, Long seems to be jumping and dancing after seeing Boston Celtics announced Udoka as their new coach. Netizens are now awaiting for her response and her old twitter posts went viral within hours after the news.

Ime Udoka was born in 1977 and started his professional basketball career by playing in the NBDL. He was the Assitant Coach of the Brooklyn Nets before joining as the Head Coach of the Boston Celtics.

We checked his dating history, but we couldn’t find anyone other than Nia Long. He is 6 years younger then his wife Nia Long and they have been in a relationship since 2010.

After a rocky start in which the Celtics were in danger of missing the playoffs last season, Udoka led the team to the NBA Finals in his first season. He also finished fourth in the Coach of The Year vote. He has earned the trust and respect of his players through his demanding and disciplined style based on responsibility.

But things seems to be turned against Udoku after he was involved in a consensual and intimate relationship with one of the Boston Celtics staff member.

It’s unclear which Celtics assistant would replace Udoka if he is suspended. Will Hardy, Boston’s top assistant last season, would have been the obvious choice, but in June he was named the Jazz’s head coach.

Ben Sullivan managed Boston’s Las Vegas summer league team in July and was an assistant for the Bucks when they won the NBA title in 2021. Joe Mazzulla, seen as a rising coach, was interviewed for the Utah opening before being promoted to a bench role on Udoka’s staff this summer.