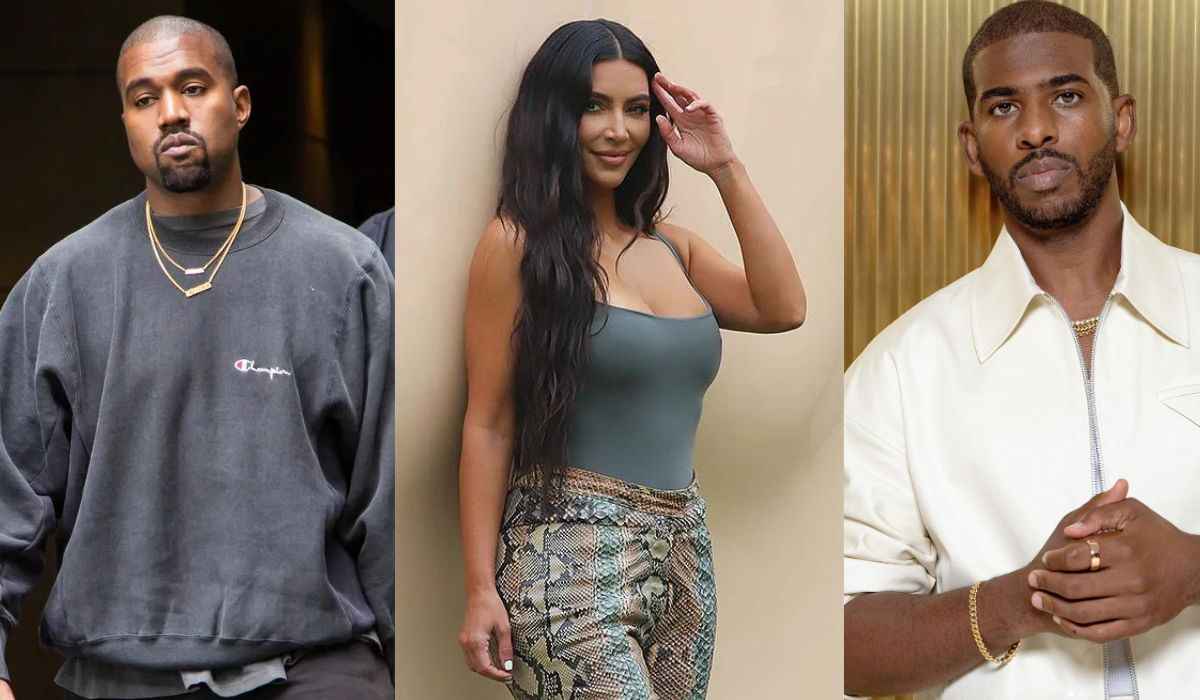 Kanye West is no stranger to controversies and repugnant and redundant thoughts which often makes a toll on his career. Albeit he has been banned and apologized for his several ineptitudes, he has decided not to step back from it as it is clear that this sort of demeanor is what truly floats his boat.

So now the controversial American rapper has come with other crumbs of repugnant news that entails the NBA star, Chris Paul who has been managed heavily to stay away from controversies of this magnitude. So let us dive and have an exhaustive look at the uncanny predicament that has been created by Kanye West to Chris Paul and his former wife Kim Kardashian.

This time Kanye West took to his Twitter account to share such vile and uncredited news related to his ex-wife who is the mother of his children too. This time he posted an image of Chris Paul and wrote “Let’s break one last window before we get outa here, I caught this guy with Kim. Good night”.

Within seconds of his tweet, it went surprisingly viral and people were frantically running for answers related to it. The poor lamb Chris Paul was the scapegoat for Kanye West’s redundant tweets. Furthermore, Kanye West recently supported Balenciaga amid their latest BDSM-themed campaign that entails children. After sensing the finitude of patience of Elon Musk, the Twitter account of Kanye West was suspended.

Though his recent tweet seems ostensible, the two persons involved in that are extremely leading a separate life with their loved ones and family. Kanye West’s malicious intent was explicit in each tweet that he posts. His insatiable hunger to make unnecessary controversies and trying to break the tranquil equilibrium of other renowned celebrities is his forte.

His appalling behavior has given him enough issues in his life, but as his recent action seems he is not ready to quench his thirst. So since his post went viral, it was indeed a shock to the NBA star’s family who was leading a peaceful life. But both Chris Paul and Kim Kardashian have not responded to this daft accusation since it really seems so unreasonable.

Who Is Chris Paul?

Christopher Emmanuel Paul who is best known as CP3 and The Point God is one of the forceful American professional basketball players who has regarded as one of the effulgent star who plays for the Phoenix Suns of the National Basketball Association.

Because of his invigorating acuity in being of the best player of the National Basketball Association he is been regarded as the greatest point guard of all time. Throughout his career he has been the recipient of numerous accolades including, NBA Rookie of the year award, NBA All-star Game most valuable player award, two Olympic gold medal.

So when we look more into the personal life of this highly acknowledged and talented star, he is been married to the love of his love for over a decade. He married Jada Crawley who was his college sweetheart and they both share two kids together.

So the invalid claim that Kanye West has put forth is absolutely groundless since Kim Kardashian and Chris Paul share totally two different lives. Even if they had met in their life, it would not be like what Kanye West has defined it. So his malicious tweets really brings unwanted cacophonies into the life of celebrities.

So as we dig deeper into the life of Kim Kardashian, she is currently leading a single life after her divorce settlement with Kanye West. Before heading toward their next trial in December, both Kanye West and Kim Kardashian resolved their divorce case and they decided to have custody of their children.

So the divorce case was really a topic of discussion for quite a long and now they have came to a settlement. So after that rumors were flooded about the relationship with Pete Davidson. They have been seen together in some events. So within the blink of an eye, the rumors of them dating were crammed over the internet. But now as it seems they are not together because they cannot do the long distance relationship and their incompatible lifestyle made them to see the end of their relationship so soon.

So the accusation put forth by Kanye West is completely groundless and why is he is bringing up such sort of daft controversies is only known to him. So these sorts of demeaning actions would make him a stick in the mud. Kanye West is one of highly talented American rapper who has gained wide recognition and fame with his talents. But with his capricious behavior he has been smearing dirt into his career.