Joey Defrancesco, the munificent Jazz Organist, saxophonist, and trumpeter of America died on...
HomeNewsAmy Robach And... 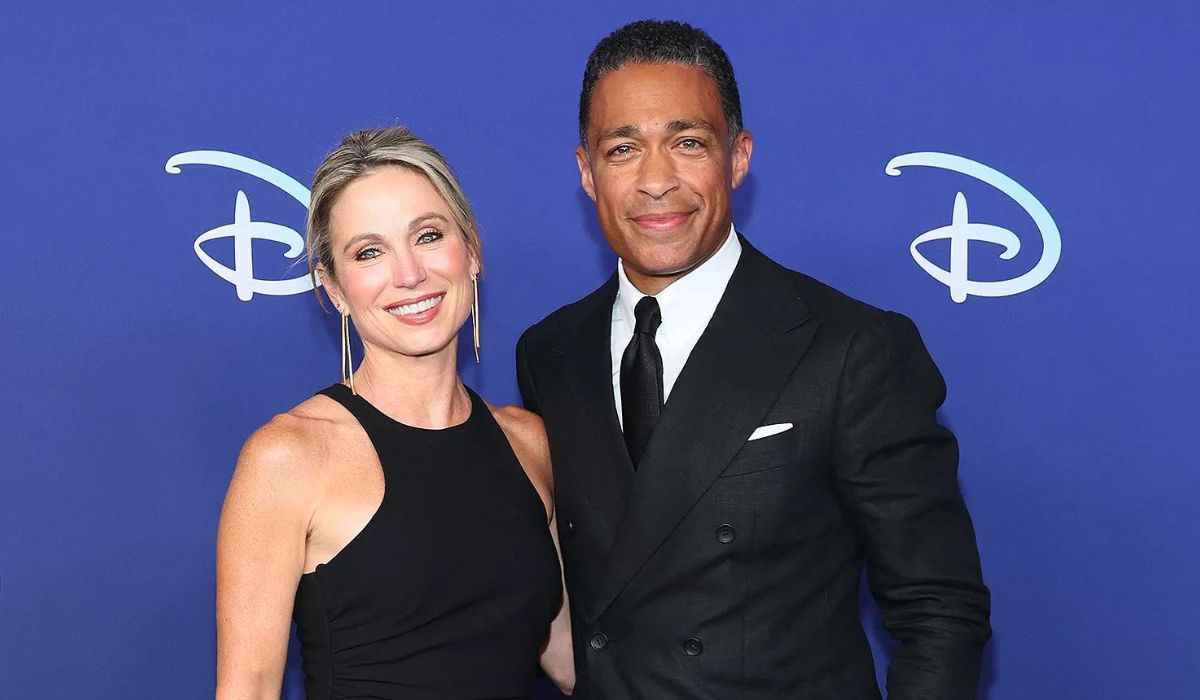 The onscreen chemistry between the Good Morning America co-anchors Amy Robach and T.J Holmes has been making headlines. Although the streets were not aware of what was happening behind the bars, the sources have shared, the duo were “secretly together” for quite a while. But nobody knows how long they have been together.

The source further added that the two were more serious about not leaking the matter outside and they tried to keep things as professional and private as possible. Reportedly, they were flirtatious on the sets, but never crossed the limits, and stayed professional throughout.

Another outlet revealed that the anchor couple Amy Robach And TJ Holmes have been good friends for a long time, but they turned out to be even closer as they began to spend more time together by co-hosting the third hour of the show. They have apparently traveled together for certain remote assignments including the London trip for the queen’s funeral.

Their chemistry was clearly visible to the staff, but the source added that it was not expected to come out in such a way, which astounded many. Indeed, it appears that the staff was already anticipating a romantic relationship to be formed between Holmes and Robach.

Amy Robach And TJ Holmes have been married to their respective spouses since 2010. Robach was married to actor Andrew Shew and Holmes to attorney Marilee Feibig. But as per sources, they had previously parted ways with their partners before sparking romance rumors with each other.

Also Check: Does Zendaya Have A Last Name? Memes Were Triggered After Rumors Of An Engagement With Tom Holland

Interestingly, Amy Robach was not wearing her wedding ring in the photo she uploaded on her Instagram account in October. Since then, she has completely gotten rid of her IG account as well.

Ostensibly, Amy Robach And TJ Holmes were teased to be in a relationship even before the dating was confirmed. The talks on the street claim that something was brewing between the dished pair during the last few months. The talks were within the ABC, but they too chose to stay tight-lipped until Holmes and Robach themselves get ready to open up.

A source recently dubbed their relationship to be “warm,” and “supportive.”

With the duo making headlines, a string of photographs have also been getting tabloid attention, with one where Holmes was seen hosting the show alone and the other where she was snapped having fun on several occasions.

A photo recently went viral which appears to be clicked on Nov. 10, where the c0-hosts were spotted inside a New York City bar. They were sitting next to each other, while sipping from their drinks.

They were laughing and cozying up to each other. But it was one photo that gained maximum attention, where she was seen putting her head on Holmes, while Holmes leaned on her. After spending some time together, they went outside and got into the same car, provoking many to think they were living together. Apparently, they were away from each other on Thanksgiving, but once reunited, they were seen returning to either of their apartments in Manhattan.

On Nov. 13, Holmes and Robach were snapped while loading up a car. It is said that they were on their way to spend their weekend together in Upstate New York. Another photo featured Robach, who was loading bags into the trunk of the SUV, while Holmes gently placed his hand behind her.

It has been two years since they have been working together. That is one of the reasons why people around them were expecting some romantic revelation one day. Their chemistry in every photo where they have been clicked together. Whatsmore, they have reportedly spent alone time in each other’s apartments as well.

According to insiders, their friendship took a turn in June, when they were in London to record Queen’s Diamond Jubilee, exclusively for ABC, leaving the remaining staff to buzz about the unusual intimacy between them. Even the photos that they uploaded, clearly depicted the closeness they had at the time. They eventually ran at the New York City Marathon, heading towards the finishing point alongside one another.

Up until now, Holmes and Robach’s bond appeared to be a secret yet their closeness was one that is noteworthy.