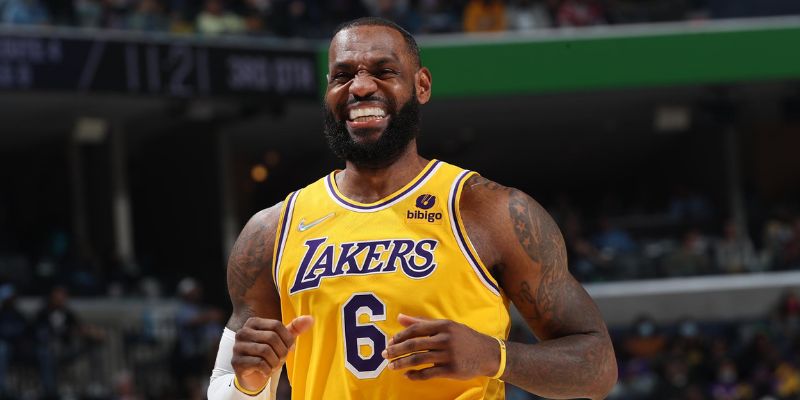 The world of sports does tend to overuse the term ‘legend,’ and far too many individuals have had this term bestowed upon them when it has neither been earned nor deserved. However, LeBron James isn’t one of those individuals.

LeBron is a four-time NBA champion who is still very much at the top of his game, even if the team he plays in isn’t. It’s worth noting that while the Los Angeles Lakers put in a miserable season last time around, resulting in coach Frank Vogel being fired, James still put in impressive numbers.

He is the face of the team, so much so that you might believe this is enough to back the Crypto.com Arena side to make it to the play-offs. At this point, we’d suggest you consider a thing or two about sports betting strategies and start to bet with your head and not your heart, a key skill if you want to actually win the occasional wager.

The Los Angeles Lakers star is, without a doubt, one of the best players to have ever played in the NBA, and perhaps that very fact has made him a little too ambitious, not least when it comes to his apparent belief that he can play professionally in other sports.

While it’s true that LeBron James was an impressive American Football player in high school, his recent comments on how he has an ‘itch’ to play in the NFL may be a stretch too far.

The 37-year-old stated he pointed out his more than competent ability as a wide receiver before discussing his interest in a move to the NFL;

When pushed into discussing how and where he’d play, he added;

“LeBron has no chance; I ain’t gonna lie to you,”

“I would have put them paws all over him,” Ramsey added jokingly.

Clearly, the conversation where this interaction took place was all in jest though one does genuinely wonder if LeBron James actually believes he’d be able to make a run of it in the NFL.

Such a claim would be hard enough to take seriously had LeBron stated this a decade ago, and now at 37, the suggestions seem all the more ridiculous.

One does understand that once you’ve done it all in your own field, and LeBron James has more than achieved everything he can in the NBA, you might be looking for new motivations and setting new targets. This, however, is perhaps one that he should leave well alone.

Meanwhile, with his Lakers side at 7-12, LeBron has more than enough to deal with in the NBA this season.