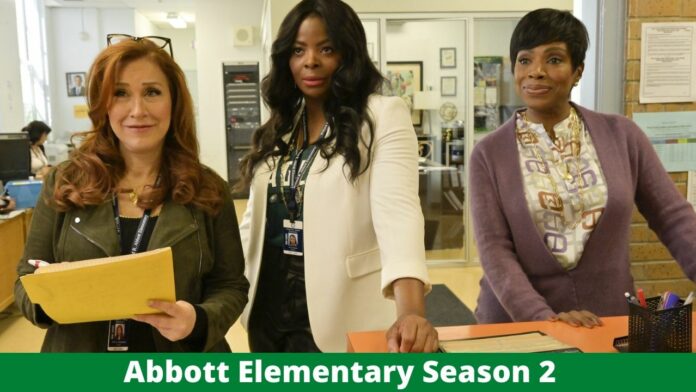 Quinta Brunson developed Abbott Elementary, an American mockumentary sitcom television series for ABC. Brunson plays a second-grade teacher at Abbott Elementary. Tyler James Williams, Janelle James, Lisa Ann Walter, Chris Perfetti, and Sheryl Lee Ralph are among the other cast members. On December 7, 2021, the series launched as a midseason addition in the 2021–22 television season and was welcomed with critical praise.

The sitcom Abbott Elementary follows a group of teachers who are drawn together in the country’s worst public school because they love teaching.

It’s been a while since you’ve seen Janine put some of her inventive ideas into action, and you’re probably wondering when and if the series will be resurrected. Yeah, me too. So yet, there is no word on whether the program will return for a second season or whether it will be canceled. Given the importance of ratings in series renewal, an 8.4/10 rating on IMDB may be just what we need. If the series is revived for a second season, it might premiere in late 2022 or early 2023.

Check out the Abbott Elementary Season 2 cast list below.

The plot of Abbott Elementary Season 2:

The series depicts issues like devotion, hard labor, inequity, and passion. The series looks at how the public education sector in the United States is organized in Philadelphia. It follows a group of passionate instructors who are willing to go to any length to deliver the greatest education possible for their children. With little or no budget, insufficient personnel, little free time, and an overcrowded student body, the instructors, in collaboration with Ava Coleman, the ineffective headmaster, are determined to ensure equity. However, in order to provide the finest possible education for their kids, Janine adopts inventive yet unconventional methods, which her colleagues find unsettling.

Let’s take a look at the series Abbott Elementary’s official teaser trailer. ABC released it on November 2, 2021. You can watch it below.

Ratings for Season One

Abbott Elementary’s debut season averaged a 0.58 rating in the 18-49 demographic and 2.88 million viewers in live+same day ratings (including DVR playback through 3:00 AM). While these figures do not account for additional delayed or streamed viewing, they are a decent measure of how a program is doing, especially when compared to others on the same channel. Other economic variables may play a role in a show’s destiny, although higher-rated series are often renewed, while lower-rated programs are discontinued. Find out how Abbott Elementary compares to other ABC TV series.

We saw towards the end of the first season of Abbott Elementary that Janice tries to persuade Ava to launch a talented program at Abbott lead by Jacob.

Barbara persuades a hesitant Melissa to resume dating. After that, Janine is overjoyed when her closest friend from college is appointed as the art instructor, and Barbara and Jacob decide to develop a school garden.

Later, as Jacob exposes a detail about his personal life, Janine discovers that she does not know the other teachers, and she also suspects that Gregory’s strict teaching style is leading his entire class to underperform. Let’s wait and see what occurs next.