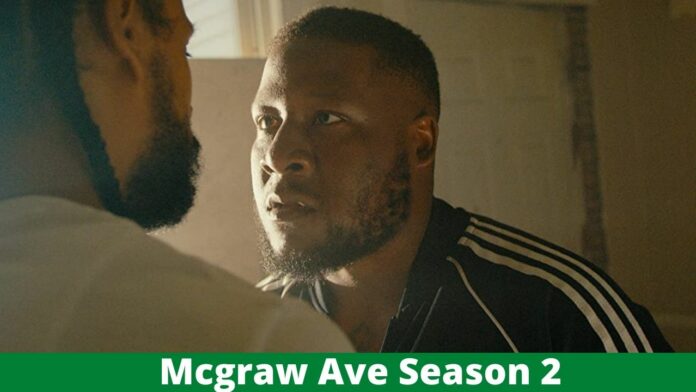 ‘McGraw Ave’ or ‘McGraw Avenue’ is a crime drama series set in Detroit that centers around two individuals, Murda and Vic, who aim to acquire control of the city’s most notorious neighborhood. In a country where simply existing is a challenge, their desires push them to strive for more. The streets, on the other hand, can be violent, and nothing is certain. Derek Scott created the show, which premiered on Tubi TV in May 2020.

The series has a devoted fanbase that has lavished praise for its suspenseful narrative twists and nail-biting storyline. However, the performers and their performances have divided the audience. Murda Pain, Forty Da Great, Sino Harris, Chamar Avery, Thomas L. Harris, Sylena Rai, and Nino Splashaholic star in the series. After all, is said and done, fans can’t get enough of the action and are excited to see what the future holds for the show. So, that’s all we’ve got!

What we know so far about Season 2 is as follows. By September 2020, 142.8 million minutes of the series had been watched in a single week. Furthermore, the surprising note on which the final episode of Season 1 concludes has piqued the interest of fans, who are ready to find out what happens next. Taking all of these considerations into account, it’s no surprise that the show has been revived for a second season.

On March 19, 2021, Ucult Studios confirmed the show’s renewal for a second season on their Instagram feed. However, no specific release date has been announced, while the post states that the upcoming season will launch in 2022. This means that the premiere date is determined by the length of the filming and post-production processes. As a result, we may have to wait until the fall or perhaps the end of 2022 for the upcoming season.

Murda Pain (who plays Murda) published an Instagram post in the first week of March 2021, which had fans thrilled since it shows some behind-the-scenes action from the filming process. However, it is unclear if this relates to this show or another project involving him. Season 2 of ‘McGraw Ave.’ is expected to be released in  2022 if work has commenced.