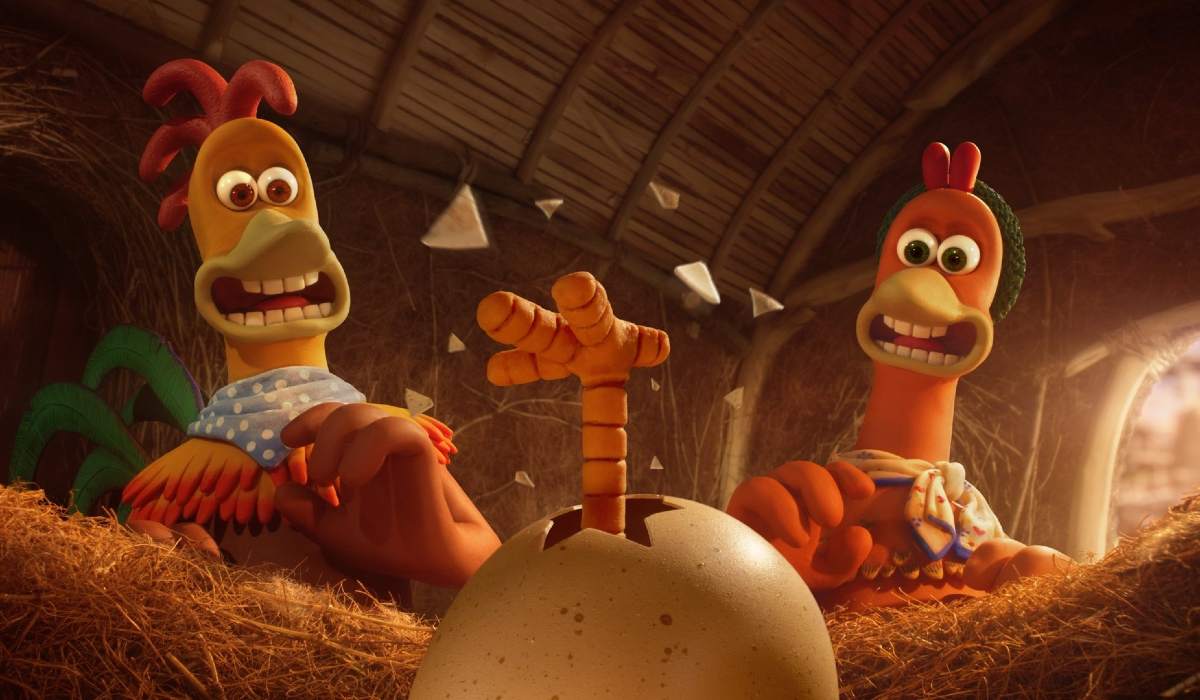 The eagerly awaited sequel to the beloved stop-motion classic, Chicken Run, will have a release date of 2023 thanks to Netflix.

Chicken Run: Dawn of the Nugget, the sequel to Aardman’s long-awaited Chicken Run, was formally announced on January 20, 2022.

So, what can we anticipate when Rocky, Ginger, and company make a triumphant return? You can learn all about Chicken Run 2 right here.

When Will It Be Released?

No specific date was announced for the sequel’s Netflix debut, but the statement did hint that filming would begin in 2021.

It might be possible to expect it in 2023, then. The release date is still up in the air, but we’ll let you know as soon as it is.

Despite the fact that several of the original cast members are returning for the sequel, there have been some substantial changes in the production.

Rocky and Ginger are expected to be voiced by Zachary Levi and Thandiwe Newton in Chicken Run 2, replacing Mel Gibson and Julia Sawalha. In 2020, Sawalha released a statement explaining why the parts had been recast.

They recast me because I sound too old,” she claimed in an open letter.

Bella Ramsey is expected to provide the voice of Molly, the new addition to Ginger and Rocky’s family in the sequel.

Jane Horrocks, Imelda Staunton, and Lynn Ferguson are expected to return as Babs, Bunty, and Mac, respectively, in the sequel. Fowler’s original voice actor, Benjamin Whitrow, passed away in 2017, therefore David Bradley is expected to return to portray him in the film’s sequel.

Romesh Ranganathan and Daniel Mays have replaced Timothy Spall and Phil Daniels as the clever rodents Nick and Fetcher, respectively, in this reboot.

Josie Sedgwick-Davies as Frizzle and Nick Mohammed as Dr. Fry is also expected to be introduced in the sequel.

However, we haven’t received any additional information regarding their personalities.

A story summary for the second film, which is expected to be based on the first, was released alongside the Netflix announcement.

“Having pulled off a death-defying escape from Tweedy’s farm, Ginger has finally discovered her ideal — a calm island haven for the whole flock, far from the dangers of the human world,” it says.

With the birth of Molly, Ginger’s happy ending appears to be complete. The entire chicken species must now defend itself against a new and terrifying enemy back on the mainland.

“This time, Ginger and her squad are breaking in, even if it means risking their own hard-won freedom.”

Trailer For ‘Chicken Run 2’ Out?

This film’s trailer and any other video clips aren’t online. I sincerely apologize for any inconvenience this may have caused you. There are no trailers available because the film hasn’t yet begun production.

Is there a cliffhanger in Chicken Run?

During the night the chickens are meant to be made into pies, Tweedy discovers the chickens’ plan to flee. Although Mr. Tweedy’s efforts to keep them in their coop failed, they were able to escape in the “crate” (flying machine) they constructed from it, but Mrs. It erupts, sending a cloud of gravy into the sky.

Chickens are called what in Chicken Run?

Ginger, Bunty, Babs, and Fowler are chickens who are stranded on their farm and desperate to get out of their situation. Mr. and Ms. Tweedy will lose their heads if they don’t produce any eggs this week.

Is there any truth to the story of Chicken Run?

It is categorically disputed that Nick Park and Peter Lord’s script for Chicken Run was based on an original idea or tale. This one-off sketch by Park, Aardman has long said, was the inspiration for the movie.

Aardman announced its partnership with Netflix for the sequel on the 20th anniversary of the original film, which excludes China from the global release of the sequel through the streaming giant.

“Fans around the world have waited patiently for a sequel idea worthy of Chicken Run, so we’re happy to announce, on the 20th anniversary, that we’ve discovered the appropriate tale,” said Peter Lord, Aardman co-founder and creative director.

We believe Netflix is a perfect creative partner for this project since they honor the filmmaker, allowing us to put our heart and soul into this film and share it with a worldwide audience..”

The sequel to 2023’s Chicken Run will be released. There will be a limited theatrical distribution in tandem with the Netflix release, according to RadioTimes.com. If the sequel is released on the big screen, you may be able to view it.

Where you can watch Chicken Run:

In the UK, you can watch Chicken Run on Amazon Video and Netflix.