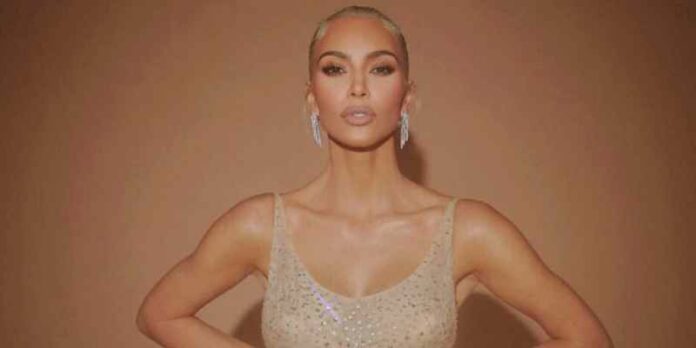 Met Gala witnessed the dress crisis for two top-class actresses. When Kim Kardashian wore the dress belonging to the outstanding actress Marilyn Monroe, it appeared damaged. However, this well-known artist took this matter to social media also. Many understood that this iconic dress did not fit Kim properly. Hence, she looked very disoriented while wearing the same outfit at the Met Gala party.

The Marilyn Monroe Collection is famous for ensuring a stunning appearance for the bombshell on a special day. However, this time something went out of order as the dress looked weird after the show. It is a big question how Kim handled such a precious dress.

Do you want to know the detailed scenario of Kim and the reactions of the public after the latest revelation? Please stay connected with us to learn the whole thing elaborately.

Many people were raising their doubts about whether Kim would be able to handle the marvelous Monroe dress. However, it seems that their concerns have now become a reality. Several damages are found on the lovely dress with the missing of a few stones. It was a special dress designed for the occasion of John F. Kennedy’s birthday.

Recently, the Instagram account of The Marilyn Monroe Collection posted a picture of the attire comparing the Then and Now pictures of the dress. The public saw this dress for the first time in 1962, designed by Jean Louis when the pretty girl sang a Birthday song for President Kennedy.

However, as a comparing photograph, she also posted a photo of the dress in its present condition after Kim Kardashian wore it at the Met Gala. It can be prominently seen in the image that the dress is not like before. Lesser number of crystals and over-stretched back zip are the primary changes that many noticed.

Furthermore, the caption was also interesting for the audience that clearly teased Kim for bringing the dress back in a changed condition. It indicated that so many things have been done to retain the integrity of the concerned Monroe Dress. It definitely was highly insulting for the last person who wore it to look more glamorous at the grand occasion.

Reactions From The Worried Viewers

Records say that Ripley’s acquired the famous Monroe Dress in 2016 for 4.8 million dollars. The company ensured that they will take immense care to protect the historical dress with notable pop cultural significance. They collected the dress from Julien’s Auctions and promised that they will observe all the necessary means to retain its beauty and originality.

However, after so many promises also, the dress did not return from the Met Gala in its best form. Why such carelessness is the first question that the netizens asked the actress as well as the company. No one expected that such a beautiful and prestigious dress would come without some crystals. Hence, a lot of people criticized Kardashian for wearing this outfit so carelessly.

If a dress is not the best fit for a person, she must withdraw the decision to wear it in a public place. Such casual behavior was not expected from a top-class celebrity like Kim. She should have understood the value of this prestigious Monroe Dress.

Reply For The Company

The company who took the responsibility for taking care of the Dress is of course held answerable for the concerned damages as posted from Monroe’s Collection. In a reply, the executive of the organization stated that they were always careful and never left Kim all alone to handle the dress. The actress wore it only for a limited time as she took a grand entry into the Red Carpet of the Met Gala. However, within a few minutes, she was asked to alter it with an exact replica. Hence, in no way has any one of them been careless in tackling the historical attire.

On the other hand, Kim also told the audience that to fit into the dress she struggled a lot. Moreover, the loss of 16 pounds was the result of such continuous effort just to get easily into the remarkable dress. But a related video clip was telling a different story. It is quite clear that the team actually took the struggled to make Kim fit into the dress.

Finally, Kim used a fur wrap to look normal in the outfit. If you take one glance at the image of the dress after the event, things will be so obvious to everybody. It looks worn out now and has lost the glamor it had before Kim wore the same. The public is not accepting such behavior from a highly reputed company like Ripley’s as well as a popular personality like Kim Kardashian.

The responsibility for the 60-year-old outfit’s fate was completely in the hands of the company’s officials who promised so much while buying the same. According to them, every dedicated person in the company took the decision of letting Kim borrow the dress. However, they were concerned throughout about the fabulous and authentic piece of fashion. Now, it is truly a mystery then what went wrong?