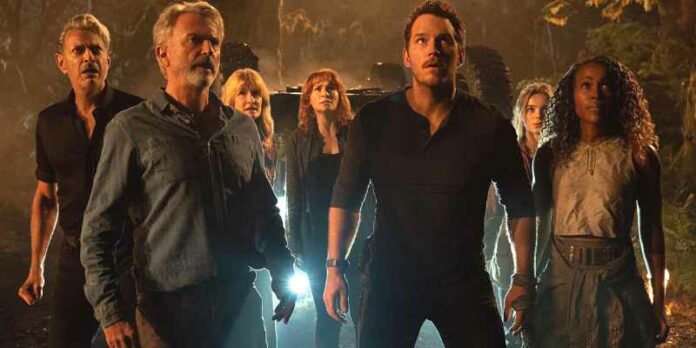 The dinosaurs are going to come back to the theaters through the new movie of the Jurassic World series. The weekend is roaring with their energetic howls and noises and you will definitely find the movie very impressive. It is not the first time that the dinosaurs are hitting the screens. Several movies have already unfolded themselves in front of millions of viewers based on Jurassic World. Moreover, every such movie earned incredible amounts for being super hits across the globe.

Are you ready to watch the adventures of dinosaurs again? Jurassic World: Dominion must be on your wishlist while planning a movie this weekend.

We present the recent reports about the success of the movie in various countries and the overwhelming response from the audience. Please continue to stay with us to learn some amazing facts.

Jurassic World: Dominion-Holding The No. 1 Position At Box Office With A $143 Debut

With earnings of more than $143 million across most parts of North America, at present. Jurassic World: Dominion holds the top position among all the movies running. Furthermore, the trilogy is getting a wonderful response from other countries also. The worldwide income of the movie is now around 389 million dollars. Hence, it is great to see that the film is doing so well after so many years of its last release in 2018.

In this final version of the Jurassic World: Dominion movie, you will get to watch some incredible performances of the actors. The cast includes;-

The comeback of Laura and Sam will also make the movie more interesting with several new adventures coming their way.

Every action of the movie is as intriguing as you have always witnessed before. It has been four years since Isla Nublar was destroyed. Furthermore, the alums are going to act as Ellie Sattler and Alan Grant. Finally, they will also meet Ian Malcolm and you will find out some new facts after their reunion.

The meeting with the newly designed dinos presents an impressive view of the movie. Various styles and animations have been utilized in this movie to catch the attention of the public. The children will definitely find the scenes exciting. Such responses are already received from the date of release. The erstwhile movie made $148 million with its debut. Although the new movie could not cross that record, it is almost on the same track, as per the sources.

Currently, dinosaurs share a common space with the humans for living and are also involved in regular hunting. It is the same place which you have seen previously, that is, Isla Nublar. Reshaping a future world is the aim of the movie. Do you have to find out after watching the movie the ultimate fate of the humans? Will they be the predators of these humongous creatures?

Dominion managed to occupy the Number One position due to the variety of layers. The arrangement of the scenes is perfect and so is the chemistry. The cute-looking newly advanced dinosaurs look sweeter with the red feathers. Sad Bronto will no longer appear on the scenes. Connect with the cheerful creatures with loads of enthusiasm and adventures after watching the movie.

It is the magic of Amblin Entertainment and Universal Pictures that such a lovely film came as the final result. Jurassic World Dominion is thus full of marvels and surprises as you catch the vigorous actions of Jeff Goldblum, Sam Neil, and Laura Dern together. So, you will not miss the original cast and enjoy the fabulous sequences of this final film of the trilogy.

According to Joshua Rothkopf, the last installment is going to give you goosebumps with all the prehistoric phenomena. The touch of the huge creatures definitely made the people smile a bit. However, will this smile last for a long time? Moreover, the girls play many daring sequences as the movie progresses.

The story, of course,  is the tale of another theme park created with the aim of entertaining the audience. However, when imagination mixes with reality, things can get dangerous also. So, it is a fantastic sequel and ensures that you will have all the fun till the last scene.

Presently, the competition between various superhero films is ongoing in Hollywood. Just not Jurassic Park Dominion, you can also catch the wonderful scenes of the Top-Gun: Maverick, with the rank of No. 2. Furthermore, the third-place still belongs to Doctor Strange in the Multiverse of Madness.

The pandemic did not allow you to enjoy the incredible movie at the theaters fr around two years. However, this year brings all the joys together for a fabulous feeling at the end. The overall experience certainly mesmerizes you as you spend these limited minutes in the companionship of the massive creatures as well as the humans.