Joey Defrancesco, the munificent Jazz Organist, saxophonist, and trumpeter of America died on...
HomeEntertainmentRuPaul Took The... 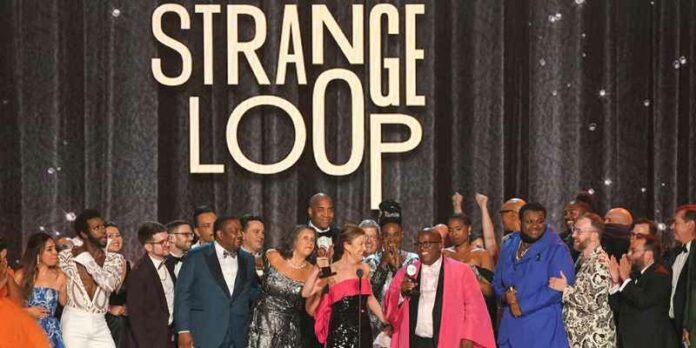 The top honor for A Strange Loop made RuPaul one of the most remarkable artists of all time in world music. Sunday Night made RuPaul the winner of the prestigious Tony Award in its 75th show. His album received the honor of the Best Musical and hence it marked a memorable moment in the life of the famous singer.

After the debut of this mesmerizing musical, people went crazy for the songs. Furthermore, the biggest credit goes to the Drag Race artist for being in the creation of such a masterpiece. The iconic musical thus received the award it deserved. Such a great achievement has also made the fans of the star very happy indeed. Their continuous messages and good wishes are flooding the Instagram account of the artist.

To know more information about the award show and RuPaul, continue reading the article. It will let you learn various unknown details also about the winner.

RuPaul was not the only person who produced the iconic musical A Strange Loop. Along with his brilliant touch, his popularity was evident due to the amazing lyrics of Michael R. Jackson.The co-producers in this journey included the names of;-

All of these great personalities made it possible for the musical to occupy the top position among so many nominations. Tony Award gave the winning title to this brilliant effort of so many talented people. Moreover, in the opinion of the listeners also, the musical is indeed rocking and running successfully worldwide.

Furthermore, the musical stole the attention of the compelling plot also. It is the story of a music composer, Usher. This person rose to fame for being an expert in Black Queer music. Jaquel Spivey portrayed the character beautifully. His performance made the life of a composer so prominent in front of the audience.

With the heart-touching music, the show became one of its kind and will remain to rule the hearts for several more days to come. Here the protagonist, Usher, was involved in writing a musical based on the life of an usher of The Lion King. Hence, the overall dramatical sequence felt so real to the viewers.

The Awards For Excellence

Tony Awards never deprive the deserving artists of the eligible awards. Therefore, the same thing happened in its 75th ceremony also when RuPaul got the prize for his excellent work in the recent musical. Besides being the actor, he also co-produced it with all his heart.

Apart from acknowledging the brilliant job of RuPaul, Tony Awards did not forget to pay tribute to the legendary artist Micheal Jackson for the musical. A Strange Loop is the composition of the great artist and hence the authorities honored him on this grand occasion. The evening also saw the unveiling of an incredible statue of Jackson with the honor of the Best Book of a Musical.

This is not the only award that the great Musical received this year. Prior to The Tony Award, it also won Lucille Lortel Awards in two categories. Furthermore, the honors were also there for the Outer Critics Circle. The number of honors was six in that case.

Some other honors that it bagged are;-

So, the success of this musical was beyond the expectation of many. However, when there is the touch of MJ, it has to be something very special. Moreover, the hard work and efforts of every team member connected with the creation of the Musical were clearly visible from so many awards. It definitely is one of the most inspirational shows on Broadway. Hence, its impact of it will remain embedded in the mind for a pretty long time.

The Glorious Ceremony of Tony Awards

The amazing show of the 75th Tony Awards took place on 12th June 2022, Sunday, and made Radio City Music Hall roar with the brilliance of so many outstanding compositions. After receiving the awards, Jennifer Hudson, and the star of the evening RuPaul could not control their emotions.

On the special occasion, they did not miss the chance to give a lovely speech on stage and addressed the audience with all their gratitude in their voices. The jaw-dropping performances of several other talented artists and the incredible dresses of the stars enhanced the beauty of the evening.