In The Sequel ‘I Am Legend,’ Will Smith Is Planning A Post-Slap Comeback 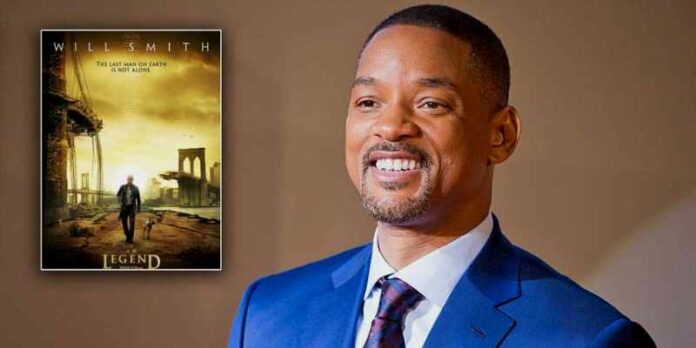 The hard-core Slap on the stage of Oscar made Will Smith the most talked about name in the headlines of almost all newspapers. Moreover, he became the common face for the news channels also for several consecutive days. Things became worse for the career of this great artist due to the sudden reaction on such a big stage. There were mixed reactions from the audience. One part supported his behavior while a large section did not approve of such disrespectful behavior on the occasion like the Academy Awards.

However, the actor is all set to return with a bang after overcoming all the issues related to that historic “Slap”. Don’t you want to know about his next project? Check this content and learn about all the relevant news about your favorite actor.

Will Smith Planning To Come Back In ‘I Am Legend 2’: Post-Slap Return Of Smith

It seems that the post-slap return is going to be quite eventful for Will Smith. Reportedly, he is walking on another new path involving some new projects after the famous incident of The Slap at Oscar.

It has been 77 days and the time has come that the actor overcomes all the past events and moves forward. Of course, he faced lots of controversies after the Slap incident. However, now, the fans of Will can check his new look and work on the big screen again.

He is presently working on I Am Legend’s sequel movie. As per the trusted sources, official confirmation is still not there from any end. Furthermore, presumably, Warner Bros will be the primary name to sign the contract under their banner. Time will surely tell you everything as you keep a constant eye on the news page.

What Are The Plans Of The Artist?

Will Smith has the script of the sequel for I Am Legend in his hand and it seems that Westbrook Studios, his company, is going to produce the movie. However, neither the actor nor other concerned team members commented on this topic yet. The news of course made the audience curious who loved the first movie of the series a lot.

Although there is no rejection from his company, the viewers need to wait patiently till the actor officially announces his connection with the upcoming film.

The next question that arises in this respect is whether everything is normal in the life of Smith after the controversial incident. This year, while receiving the prestigious Oscar Award, Smith lost his temper and slapped Chris Rock, the host, very hard. Some teasing words about his wife made the actor forget everything and react so vigorously on such a big public platform.

Moreover, this incident created a lot of chaos and the Oscars banned Will Smith. Consequently, after the March incident, the actor could not believe what he had done on stage. After retreating from the same, the actor himself repented for his behavior and referred to his actions as absolutely shocking. Several of his projects got canceled after this disturbing incident.

One of the high-profile projects on this list was Fast and Loose, supposed to be streamed on Netflix. But these temporary setbacks did not stop the actor from moving forward in his life.

The Next Big Thing Coming

The I Am Legend Sequel is going to be the next big turnout of Smith. On the other hand, Tom Rothman, the head of Sony, commented recently on the fate of Bad Boys 4. He uttered that since the new season is already under development, he did not see any reason to make any serious alterations. Furthermore, one incident cannot stop life. Hence, this famous person was very confident about the comeback of Will Smith very soon.

This statement of the Sony head seems to be a reality very soon as Smith is supposed to come back with something new and interesting. However, confusion still exists as to who will support him in his new journey. Indeed, that hard Slap on Oscar hit Chris for the time being but made his career of Smith suffer a lot. He is trying his best to return to the normal scenario to win the hearts of his fans once again. But can he succeed in his intentions?

The followers are definitely supporting him with all their hearts and encouraging him to start afresh. The sequel story of I Is Legend is one such initiative to return to the world of movies and shows with all the new valor. Hopefully, Will has understood now that what he has done on the stage was not at all appropriate and descent from an actor of his level. Hence, he must work on his temper and try to control the same in public places.

Expect a lovely comeback from the actor very soon and check the updates for more information about his upcoming projects.