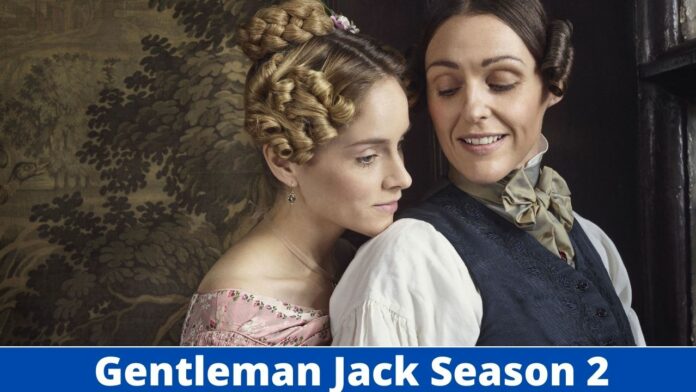 Season 2 of ‘Gentleman Jack’ is much anticipated, and we now know when it will air!
Suranne Jones, who starred in Vigil, will reprise her role as lesbian landowner Anne Lister in Gentleman Jack season 2.

The first series of the BBC1 period drama, inspired by Anne’s coded diaries, investigated how Anne — called Gentleman Jack — had numerous romances, including one with Ann Walker (Sophie Rundle).

It acquired a sizable fan base, and they’ve been waiting for Gentleman Jack Season 2 ever since…

Season 2 of ‘Gentleman Jack’ has a release date.

Gentleman Jack season 2 will be released in spring 2022, according to the BBC. It has not yet been announced when it will air on HBO in the United States.

The BBC has yet to confirm an official start date and hour, but we do know the series will begin soon.

Star Sophie Rundle welcomed the completion of filming by posting on Instagram: “Corrr, it’s been a long time coming, but after a year – a WHOLE YEAR – of work, we have FINALLY completed Gentleman Jack s2! Huge thanks to our absolutely fantastic cast and crew, who worked tirelessly to overcome pandemics, grief, births, floods, and locust plagues in order to bring this beautiful love story back to our screens.

The first eight-part series culminated with the marriage of Anne Lister and Ann Walker. As a result, the new series will follow the pair as they live in Shibden Hall together. However, because the story takes place in 1830s Yorkshire, they are unlikely to be able to live a quiet married life together as their relationship continues to raise controversy.

Sally Wainwright, a writer, has hinted that there will be plenty of “big, bold things” to tell about the couple.

The BBC offers a teaser: “1834, Yorkshire. All eyes are on Anne Lister and Ann Walker as they settle into married life at Shibden Hall, determined to merge their estates and become a power couple. Anne Lister’s business spirit frightens the townspeople just as much as her unusual love life, and with Halifax on the verge of revolution, her reluctance to remain quiet becomes provocative and hazardous.”

Who will appear in Season 2 of ‘Gentleman Jack’?

Suranne said of her comeback, “I’m very excited to be joining Sally Wainwright on the second leg of Anne’s journey.” We’d always hoped for more, and now we get to play it all out.”

No, not yet! When one arrives, we will update this story.