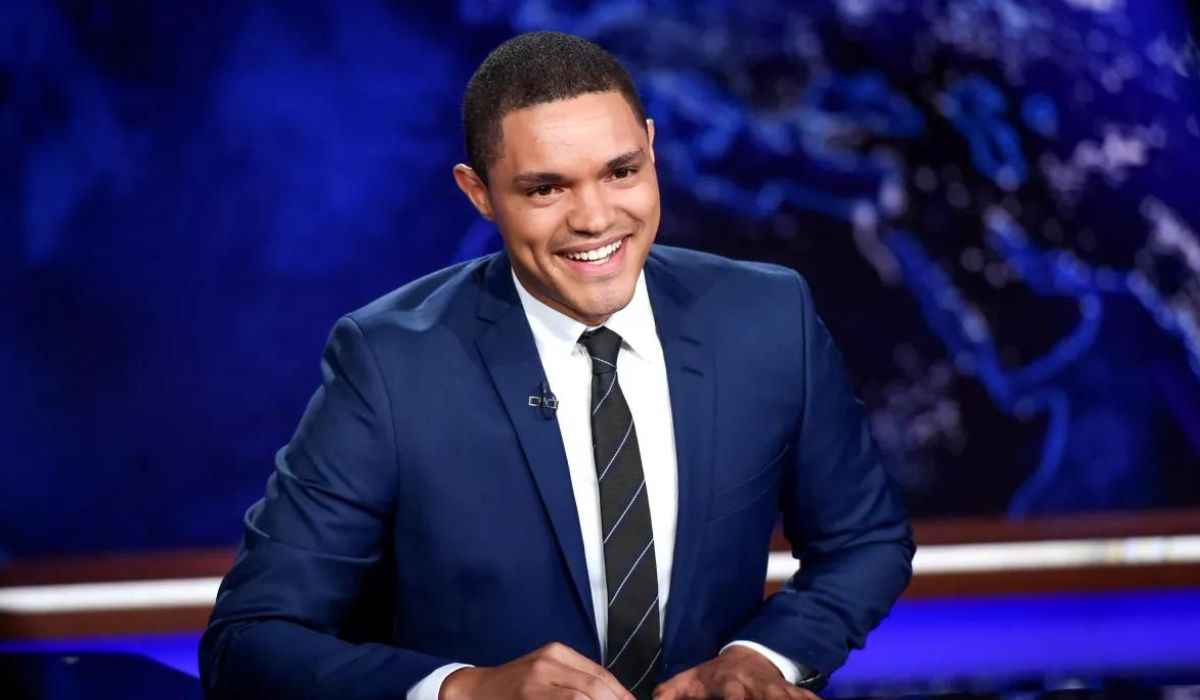 The Daily show is one of the highly acknowledged American television shows with a paramount amount of viewers across the globe. So now the current change that happened in this late-night talks and satirical news television program is that the long-time host Trevor Noah had decided to step back from the show.

Trevor Noah announced this saddening news about his departure in the month of October. Who will take over his position was quite the question that flooded the internet. So let us dwell on it and find out more about it.

So it is quite a public secret that the late-night show has been coming into the diminutive space because of the choice of Trevor Noah to leave the show after long seven years of serving it explicitly shows that it has something to do with the rating of the show.

So when we dive a little deeper, Trevor Noah was announced as the host in 2015 after the replacement for Jon Stewart. At that time the most asked question that he had to face was with a ‘who?’. In fact, at that time Trevor Noah was not entirely unknown. He was doing a comedy news show at the time when he was invited to be the host of The Daily Show. Moreover, Trevor Noah was an accomplished stand-up comedian by the time he received the call to host the show.

So if he had decided to leave the show after seven years, the person who made the world of The Daily Show massive, something fishy is definitely there. So as per reports, the last episode of Trevor Noah will be aired on December 8, 2022, and after that, the show will be going for a break until January 17.

So this week would be highlighted with some of the enlightening and intriguing comedy legends such as Al Franken, Chelsea Handler, D.L.Hughley, Leslie Jones, John Leguizamo, Hasan Minhaj, Kal Penn, Sarah Silverman, Wanda Sykes, and Marlon Wayans. So these highly talented comedy legends would fill the show in order for its next new chapter.

The additional details regarding the show would be announced shortly, and the Chief executive officer aka President of the Paramount media networks Chris McCarthy said in an official statement about the departure of Trevor Noah “As we enter Trevor’s final week, we want to thank him for his many contributions”.

Furthermore, Chris also said that they are the least concerned about who will host the show because the predominant emphasis that they give is to connect with the audience in an affable way no matter who hosts the show. So as per the network, they are trying new methods and reinventing the whole show altogether.

Since there are numerous options in line for a takeover the network hasn’t resolved who will it be and whether the person who has been hosted would serve the show permanently or indefinitely.

Trevor Noah, The Quintessential Icon Of The Daily Show

Trevor Noah was the microcosm of the late-night talk show which really made his career rose to prominence with the snap of a finger. So the golden opportunity that knocked at his door was being the host of The Daily Show.

when we have was announced as the new host of the show replacing Jon Stewart, he was absolutely a highly accomplished comedian popular beyond his home country South Africa. So this new step of the network was a crucial step because they had the courage to take a new random comedian that nobody knew.

So when Trevor Noah became the host of the show his nonchalant smile and intriguing astute really made a great kickstart. So he just swoons into the lives of nook and corner of American White dominated society by carving out a massive space in the industry.

But when we dwell more into it, Trevor was a distinguished comedian who managed to represent a part of the world, that none really cared about. The African community was often neglected purposefully by American news which was quite repugnant.

So Trevor Noah was definitely an exception in the late-night talk shows and he really gave away a tremendous impact on the world. He helped his audiences who were groping in darkness to see through his eyes. He even gave totally a different image to the ubiquitous topics and people across the globe just swooned at his shows.

His sidesplitting comedies and sharp words really made a great impact on the show in a massive way that no one ever anticipated. People who were raving about bringing a new random guy to the show, were absolutely mute when he just changed the whole spectacle of the show within a fickle of time.

Trevor Noah spoke about umpteen topics on the show, especially about George Floyd’s murder and the atrocity and escapades against Black people. So Trevor Noah has decided to step back from the show at the age of thirty-eight by serving for seven years. The seven years was undoubtedly the golden era of the show and even after centuries, Noah’s name will be etched forever in the history of the show.

Unlike other hosts who played a remarkable role in the show, Trevor Noah really gave a definition to the show and his spirit was engraved on every atom of his surrounding. People were enamored by the way he handled the show. So his unexpected decision to step back from the show would really have a toll on the network. So fingers crossed, let us wait for the official announcements to learn who will take over the hot seat that Noah had left.