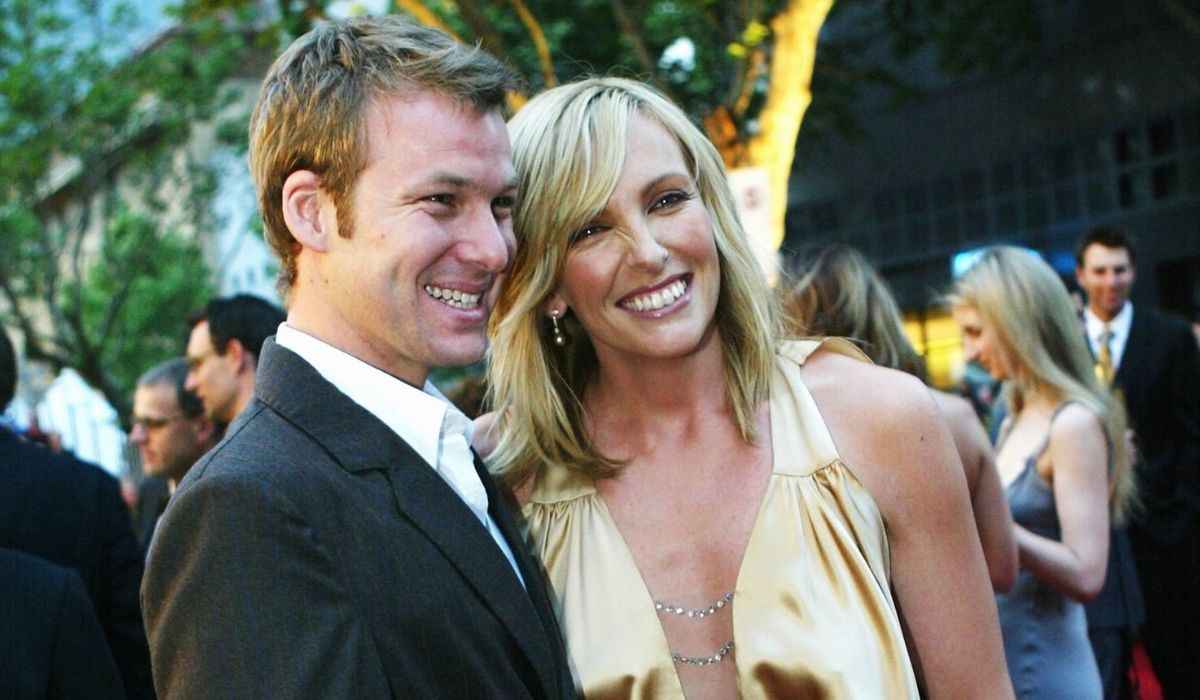 For Toni Collette, these days were indeed a rollercoaster of emotional distress since she decided to bid farewell to her husband after twenty long years of marriage. The immensely talented Australian actress Toni Collette announced the divorce news on Thursday briefly after some photos of her so-called husband kissing another woman flooded over the internet.

Let us have a comprehensive look at what really happened between the couple to have their relationship deteriorate.

Is The Transgression Of Dave Led To The Split Of The Most Celebrated Iconic Pair?

As per reports, one of the utterly unique actresses took her Instagram account, which was recently reactivated, and she revealed that her husband Dave Galafassi, one of the epic musicians, has decided to part ways after twenty years of marriage.

Toni Collette posted an image of a floral arrangement that explicitly spelled out ‘PEACE & LOVE’. And she wrote

“It is with grace and gratitude that we announce we are divorcing. We are united in our decision and part with continuing respect and care for each other. Our kids are of paramount importance to us and we will continue to thrive as a family, albeit in a different shape. We are thankful for the space and love you grant us as we evolve and move through this transition peacefully”.

These were the words that she scattered around the world with a deep wounded leaden heart. She was being ruminated over this thought of separation for quite a long. By garnering enough strength she finally made peace with her turbulent mind and decided to part ways officially.

As we all are well aware, the once-celebrated iconic couple tied the knot in 2003 and was leading a tranquil life with their two children: Sage Florence who is their daughter of fourteen, and son Arlo Robert who is eleven years old.

Also Check: Maura Higgins’ Inappropriate Dress Forced Her To Pull Out Of The Fashion Awards

Toni Collete met the riveting musician Dave Galafassi at an album launch event in 2002. Dave was at that time in his Gelbison band. After that first encounter, they met several times which was officially a date and they decided to take another step by making it official.

So the highly regarded and beautiful pair of Hollywood married in a traditional Buddhist ceremony in 2003. The couple lived in Sydney and later decided to move to Los Angeles.

Furthermore, a few hours prior to the announcement the actress also shared a quote which was somewhat a cryptic one indeed, in her Instagram story and even this quote left her fans in a befuddled state. They were not anticipating what is coming next.

“No matter what your current circumstances are if you can imagine something better for yourself, you can create it”.

So the hawk-eyed people were really befuddled by the esoteric and intricate social media activity of the actress. So preceded by these sorts of suspicious activities the paparazzi posted some repugnant photos of her husband David Galafassi making out with a mysterious blonde woman on the beach in Sydney.

After the photos went viral on the internet, people frantically ran to learn about the anonymous blonde’s identity. So the efforts were not in vain the identity of the woman was revealed.

So the blonde beauty was none other than the forty-one-year-old Chiropractor named Shanon Egan. After the identity was revealed people across the globe were really running like a headless chicken to know more about her.

Who Is Shanon Egan?

Shanon Egan is the mysterious blonde beauty who was snapped cavorting with Dave Galafassi at Manly on Wednesday breezy morning which was just a matter of hours before the astounding Australian actress Toni Collete announced the divorce news.

Shanon Egan is one of the highly equipped ‘integrative chiropractors’ who has more than fifteen years of clinical experience in her career. Albeit she had her own share of acute health problems she served as one of the prolific chiropractors with long years of experience.

Shanon had a deep passion for leading a healthy life and her unique skills in the specialized area of women’s health, children’s health, and the connection between mind and body. These areas are in which Shanon had specialized in being a chiropractor.

Shanon is so deeply interested in empowering women and leading them to live a calm life that would serve them a spiritual and inspired life. She is also so fond of children and their immeasurable vitality.

As per sources, Shanon attended Macquarie University and graduated with two degrees: a bachelor of Chiropractic Science and a Master of Chiropractic. She was really struggling with a chronic illness that came her way as an encumbrance but she looked at her life and health from a different perspective, both medically and holistically.

So on Wednesday morning, Shanon was snapped with another woman’s husband in a cozy way where they were kissing and hugging in the water and also on the sand.

Maybe the photos that flooded the internet only added fuel to the burning fire. Because of the irreconcilable differences and maybe his indiscretions just added an extra point to the already existing issues. Anyhow this pair was way too celebrated and regarded as the iconic pair of the industry and it is indeed a piece of disheartening news that after long twenty years of being together they have decided to officially end the relationship.