Joey Defrancesco, the munificent Jazz Organist, saxophonist, and trumpeter of America died on...
HomeNewsJill Scott About... 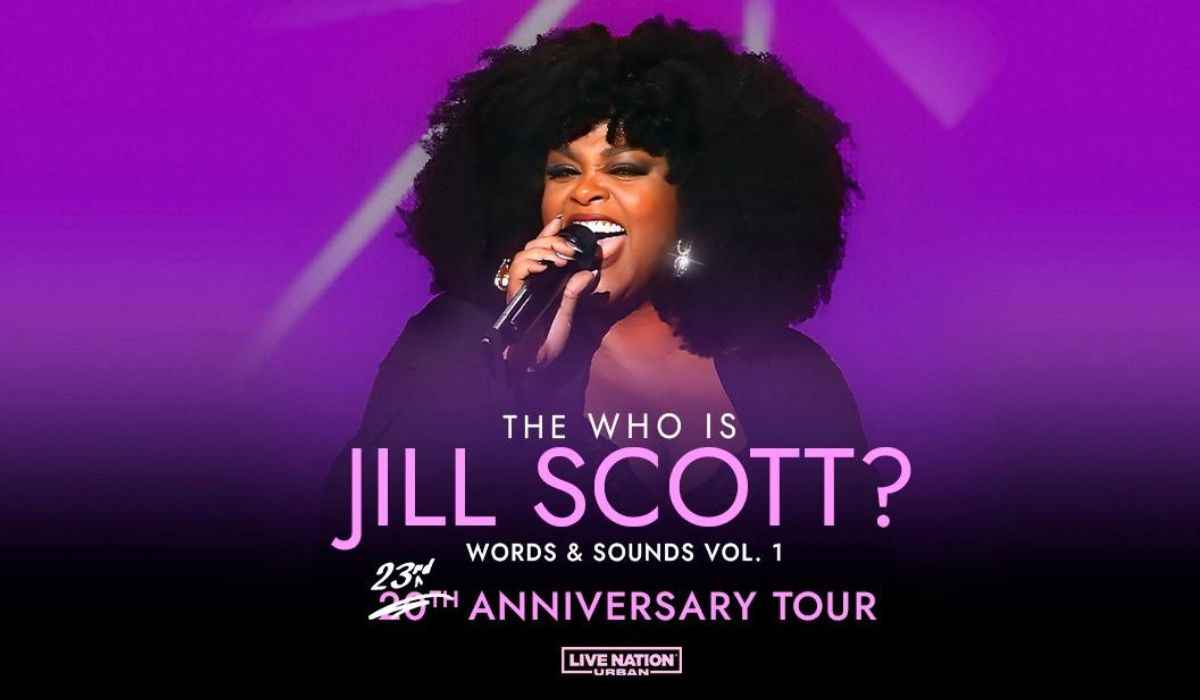 Jill Scott is all set to embark on her much-awaited 23rd-anniversary tour with her riveting “Who is Jill Scott”. Jill Scott is one of the unparagoned and sophisticated American singers and songwriters who have hordes of fans across the globe. She was all set to make her tour in 2020 in order to celebrate her twentieth anniversary.

But unfortunately, she had to cut short her program when the unexpected formidable Covid 19 hit. So after taking a break from the tour she is now all set to make her 23rd anniversary a blast. So let us have a look into the details of the tours.

As per sources, Jill Scott will celebrate her much-awaited world tour and it is named “Who is Jill Scott? Words and Sounds, Vol. 1”. So the waiting is finally over for all the fans across the globe. Jill Scott stated “My band and I were so excited three years ago, but that damn covid shut us down. Now, we are outside! Come see me. Come feel again. Relive your favorite moments. Y’all ready to settle down and get with this?!? It’s a lot of love here”.

This was the announcement that she vehemently said and after her words were hovering over the internet people are really in zestful anticipation and they are really looking forward to enjoying her concerts.

Tour dates and the details of the event were announced by Jill Scott through her Instagram handle. So as per the sources, the tour will commence on February 28, 2023, in Augusta, Georgia and they have planned to cover over twenty destinations altogether. The tour will conclude in Los Angeles on June 22, 2023. So let us have an exhaustive look into the list of venues and dates.

How To Get Tickets For The Much-awaited Concerts?

So the highly anticipated concerts of Jill Scott are all set to come into the lives of the world. So people across the globe can make their seats booked as the tickets for the concert would start to sell on coming Friday, December 9, at 10:00 am local time.

Furthermore, the presale tickets for the concerts would be available on coming Tuesday, December 6, 2022. So the interesting fans who are avidly waiting for the tickets can grab them from the singer’s official website.

So when we come again to the tour event, Jill Scott earlier sought the opinion of her fans on whether she should return with her once-stopped tour program. So the last week, via her Instagram handle, she asked her fans through a post “Should we do some ‘Who is Jill Scott?’ 23rd-anniversary shows? Just hit the link in my bio and let me know which cities you want me to play. You will be the first to know about any tickets, new music, and merch drops”.

So she was absolutely flabbergasted by the positive replies that she got so she decided to take her once-stopped tour program which extends from several cities of the country. So she replied with a comment to all the positive replies that she got “Thank you so much, I am going to do it. We are going back on the road with the 23rd anniversary “Who is Jill Scott”? Tour”.

Who is Jill Scott?

Jill Louise Scott is one of the enlightening American soul singers, Songwriters, models, and actresses. She was born on April 4, 1972, and she is now in her fifties. The most renowned debut album of the singer was in 2000 named Who is Jill Scott?

Her film debut was in 2007 and she appeared in Hounddog and Why Did I Get Married? Furthermore, she also starred in BBC/HBO series titled The No.1 Ladies Detective Agency. The series was based on the novel of the same name written by Alexander McCall Smith.

When we take her career, she first worked as a teacher’s aide, but she finally dropped out of college and started pursuing her talents. Jill Scott began her career being a spoken word artist and she got the chance to appear in several live poetry readings. So her trump card was in the form of Ahmir Questlove Thompson. He cordially invited her to join the band in the studio which would give her more exposure than she needed. She is married to Lyzel Williams, who was her long-term boyfriend. But surprisingly after six years of living in a marital relationship, they decided to part ways and got divorced in 2007.

Later Jill Scott announced her engagement news with Li’l John Roberts, who was her drummer and they share a son together named Jett Hamilton Roberts. But after a matter of years, they announced that they have broken up.