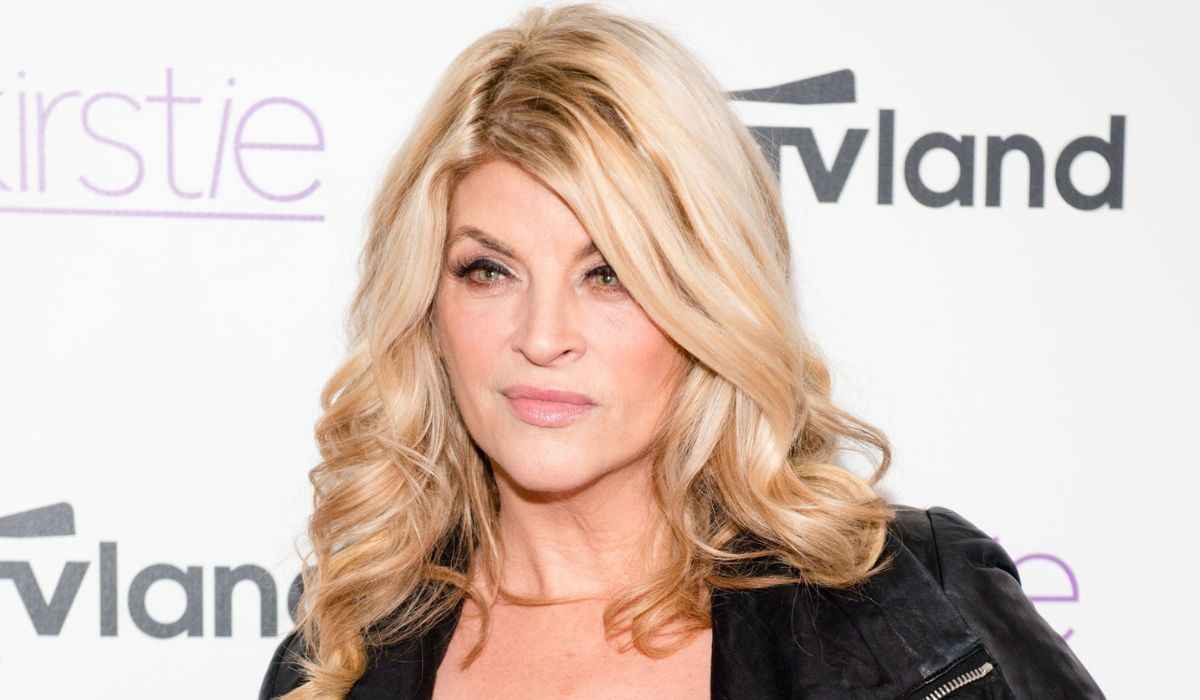 Kirstie Alley was one of the profusely talented and drop-dead gorgeous  American actresses whose astute acting was way too unfathomable. She has done umpteen films and shows in which she became the recipient of Golden Globes and Emmy awards.

Undoubtedly Kirstie Alley was one of the resounding actresses of her time who managed to have hordes of fans across the globe. But quite surprisingly this beautiful actress took an untimely earthly departure battling cancer. So let us have glimpses of her life and the cause of her death in detail.

Who Was Kirstie Alley?

Kirstie Louise Alley who is best and popularly acclaimed for her magnum opus role as Rebecca Howe in the NBC sitcom Cheers passed away on December 5, 2022. She was irrefutable the effulgent star of Hollywood that really made a massive impact on the industry. Kirstie Alley was the most beautiful and desirable woman who portrayed each nuanced role that knocked at her doors. So her family, friends, and the industry is shaken and moved by this heart-wrenching news.

When we dig a little deeper into the early life of this astonishing actress, she was born on January 12, 1951, in Wichita, Kansas, US. The most remarkable role that she pulled off would be of Rebecca Howe. Her appearance in another sitcom, Veronica’s Closet, which also paved the way to earn additional Emmy and Golden Globe nominations. In 1995, she was awarded a star in the Hall of Fame.

Kirstie Alley was one of the quintessential figures of 90s Hollywood. So her career spanned mainly from the 1980s to the 1990s and throughout these years she got a plethora of roles in various films including, Star Trek II: The Wrath of Khan, Summer School, Shoot to Kill, Look Who’s Talking, Madhouse, Sibling Rivalry, Village of Damned, It Takes Two, Deconstructing Harry, For Richer or Poorer, and Drop Dead Gorgeous.

Moreover, she was way too vociferous in each role that she pulled off. Kirstie Alley even appeared in a fictionalized version of herself on Showtime’s Fat Actress. Kristie Alley was one of the contestants on the riveting show Dancing with the stars.

Her horror series named Scream Queens was also acknowledged by umpteen people across the globe. Kirstie Alley got her next Emmy award for her role as Sally Goodson in David’s Mother. She just took all her fans taken aback with her invigorating performance in this movie.

Kirstie Alley was born to Robert Deal Alley and Lillian Alley. She had two siblings named Colette and Craig. Before her entry into the film industry, she was pursuing her career as an interior designer in LA. she was a cocaine addict in her prime youth and she sought through it with the help of church.

So she was sober for years and her riveting debut in the big industry was in 1982 starring Star Trek II: The Wrath of Khan. when we have a glance at her personal life she was married to her high school sweetheart Bob Alley and they lived together from 1970 to 1977.

But they parted ways for better after seven years of marriage and Kirstie Alley married Parker Stevenson who was also one of the popular actors of his time. They both share two children named Lillie and Willaim Truce and the lovely couple decided to split after long fourteen years of marriage.

Kirstie Alley’s Cause Of Death Explained!

So as per the announcement that her children have stated, the unparagoned actress of the 90s died due to cancer. So as per the statement, she fought valiantly with cancer and died. Her valor and strength really made her one of the most influential people of her time.

Kirstie Alley was an effervescent person with lots of talents. Her death is really a great loss in the industry. She was very active in her career before she was diagnosed with this formidable opponent.

So her children in the closing lines of the statement paid their heartfelt thank you to all the ones who supported and prayed for their ailing mother and the doctors and staff of the hospital where she was admitted.

Tributes are overflowing after the death news of Kirstie Alley broke out. Her friends especially her co-stars all paid their heartfelt condolences and expressed their deep concerns. She was a true legendary actress of 90s Hollywood.

What Happened To Kirstie Alley?

One of the most intriguing actresses of the early 90s, Kirstie Alley died on December 5, 2022, at the age of seventy-one. The bereaving family of Kristie Alley announced the death news through her social media and it reads

“To all our friends, far and wide around the world, we are sad to inform you that our incredibly fierce and loving mother has passed away after a battle with cancer, only recently discovered. She was surrounded by her closest family and fought with great strength, leaving us with a certainty of her never-ending joy of living and whatever adventures lie ahead.

As iconic as she was on screen, she was an even more amazing mother and grandmother. We are grateful to the incredible team of doctors and nurses at the Moffitt Cancer Center for their care. Our mother’s zest and passion for life, her children, grandchildren, and her many animals, not to mention her eternal joy of creating, was unparalleled and left us inspired to live life to the fullest as she did. We thank you for your love and prayers and ask that you respect our privacy at this difficult time”.

This was the disheartening announcement made by her children and it is indeed a piece of mind-writhing one. Kirstie Alley’s talents and capabilities were unparagoned and she was one of the most stupendous actresses of her time.