Joey Defrancesco, the munificent Jazz Organist, saxophonist, and trumpeter of America died on...
HomeNewsWho Is Melissa... 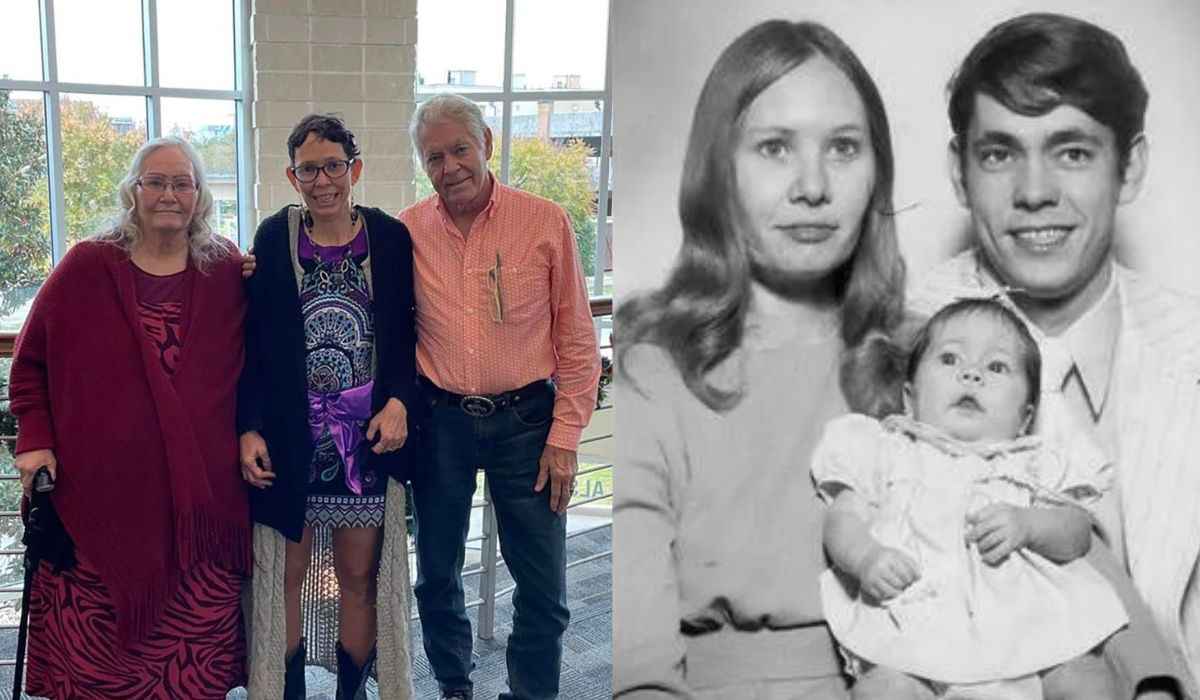 Melissa Highsmith, who was kidnapped as a baby has been relocated to South Carolina, roughly 1,000 miles away. The US woman was apparently abducted 51 years ago when she was an infant, but fortunately, she has been reunited with her family after decades. Although her identity is yet to be identified, the family is overjoyed after several decades.

When Was Melissa Highsmith Kidnapped?

Melissa Highsmith, who is 53 now, was kidnapped from her residence in Fort Worth, Texas when she was just 21 months old. Her family was constantly searching for their beloved daughter, but they failed to track her until recently, they found their lost angel. In the Melissa Highsmith matter, we cannot unsee the role played by the at-home DNA test kit. Family members were astounded when they discovered their DNA had matched Melissa’s children.

A close source revealed that Melissa Highsmith met with her mom and dad on Saturday, which was basically the first time in her life.

On many birthday occasions of the long-back abducted sister, Jeff Highsmith, her loving brother would observe a vigil in order to keep in their remembrance. Indeed, the entire family gathered at the location where she was kidnapped, Fort Worth. After singing “Happy Birthday” they released white balloons to convey their devotion.

On the same day, they heard a possibility that their lost child could be alive somewhere and that she could be reachable.

After knowing about her, they received a photograph and when the family saw it, “Oh my God,” her sister Sharon Smith said of their stunning reaction. Another sister, Rebecca Del Bosque, chimed in and said, “It felt like looking at yourself.”

Melissa Highsmith, 53, came face to face with her family last Saturday and on Sunday the family mentioned in an announcement that an amateur genealogist has helped them as well as her marriage certificate.

After living as “Melanie,” Melissa has been waiting for the lab results to confirm whatever her identity is. On Monday, the authorities expressed their joy in learning that the family had found their missing child after endless search and they also asserted that a public update would be given after the results of the lab DNA is received.

Even before the scientific confirmation, the Highsmiths are confident that they have finally landed before their own daughter. Apart from the 23 and Me DNA kit that matched melissa’s father, Jeffrey Highsmith’s DNA with one of her kids, there are other factors that have been constantly making it feel the path is right: The fact that Melissa named her dog Charlie similar to one of her alleged sisters, who did the same, the way she pours jalapenos on nachos, resembling her siblings’ love to spices. Moreover, a birthmark on Melissa’s back strengthened their guess.

Although there remains a series of questions connected to Melissa’s disappearance, like who kidnapped her, why did they keep her safe, and if doing harm was not on the kidnapper’s list then why did they kidnap her? The family is clueless about the woman who raised her till today being the original kidnapper.

They could not reach a conclusion as they do not know if her guardian was the one who saved her or the one who separated their dear daughter from them. Fort Worth police have been cooperating well with the family as they have reportedly told them that although the statute of limitations for the charges were long expired, they would still make time to investigate it.

Melissa was roughly 2 years old when her mom, Alta Apantenco, gave a newspaper ad seeking a babysitter in Aug. 1971 following her divorce from Melissa’s father. A woman immediately contacted Apatenco and the two decided to meet at a restaurant where she worked as a waitress, But the lady never showed up.

Later, another babysitter called. She said she had a backyard and explained how she used to take care of other children there. Therefore, this woman asked Apatenco if she could take care of Melissa from there. The lady seemed desperate to get a word from Apatenco as she needed children so that she could keep her job. Eventually, Aoatenco agreed.

The woman picked up Melissa Highsmith from Apatenco’s roommate, as Apatenco left early for work. But unfortunately, the mysterious woman in white gloves, as per her roommate’s description, never returned the lad.

Thereafter, the family was set on a search for their missing daughter. They gave newspaper ads, committed to discussion forums as well as rushed to different states, where they thought they had a lead.

In September, the family was informed by the National Center for Missing and Exploited Children that they had received an anonymous tip regarding a woman who looked like an age-progressed Melissa Highsmith and that she was located in South Carolina. But that made no fruit.

Earlier in Nov. Jeffrey Highsmith’s 23 and Me reaped positive results as he found a match with his granddaughter he never thought he had. When Del Bosque looked further into it, they realized the match had two other siblings, who would possibly be her nephews.

The sisters instantly took the results to an amateur genealogist Lisa Jo Schiele, who confirmed that the kids were the offspring of one of her sisters. Schiele found their father and collected the original parents’ names, successfully leading to finding a marriage record. There they discovered Melissa’s Facebook page and immediately texted her.

Melissa Highsmith initially denied that Highsmith’s were her family, but when they mentioned her birthmark, she got convinced to go for a DNA test.

So, after 51 years, Jeffrie Highsmith and Apatenco finally managed to see their daughter in an emotional reunion on Saturday. Currently, they have been waiting for the results to confirm if Melanie is Melissa.