Joey Defrancesco, the munificent Jazz Organist, saxophonist, and trumpeter of America died on...
HomeNewsWho Was Tony...

Who Was Tony Hughes? How Did Dahmer Kill Him? 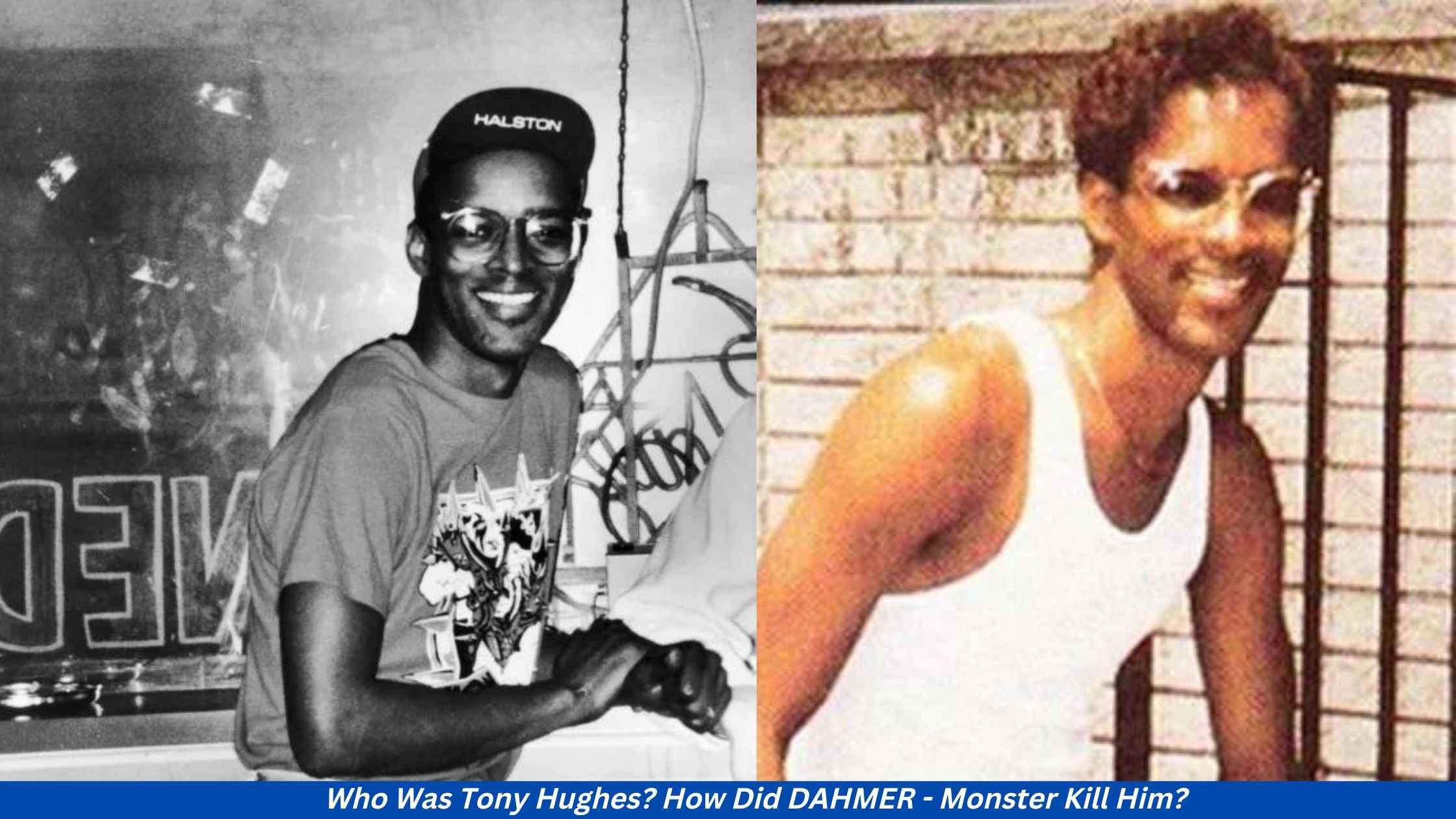 In the Netflix series, we get an in-depth view of the lives of the sufferer, among which, one was unfortunately a man who was deaf and mute, and he was Tony Hughes. The psycho notorious American serial killer Jeffrey Dahmer, known as the Milwaukee Monster, and his killings. With the emergence of the Netflix series, Monster: The Jeffrey Dahmer Story, the terrifying details of the crimes have been getting much fame. It also sheds light on the helpless victims, who were long back forgotten by the world.

Who Is Tony Hughes?

It’s human psychology that we only look at one side of the story, regardless of how tragic the situation was. In the Netflix series, we get an in-depth view of the lives of the sufferer, among which, one was unfortunately a man who was deaf and mute, and he was Tony Hughes.

The world was unaware of the story of the innocent victim, which was screened in the sixth episode of the Ryan Murphy series titled, “Silenced”. Hughes was portrayed by Rodney Burford and it showcased the interactions he initially had with Dahmer, who eventually ended up killing the selfless soul. But, what happened with Tony Hughes and how did Jeffrey Dahmer kill him? Here is everything that you have been searching for.

All About Tony Hughes

Anthony Tony Hughes, who was better called Tony Hughes, was born on August 26, 1959. Due to certain unidentified medicines given to him as a child, Hughes permanently lost his hearing plus, he was apparently mute as well.

Shirley Hughes, Tony’s mother, used to define her lovely son as an outgoing and jolly kid, who could easily make friends.

According to Gallaudet University, Tony graduated from the Wisconsin school for the deaf. After that, Hughes went to Madison, Wisconsin, solely to attend college, while he was also pursuing his passion of modeling with his prodigious talent.

How Did Tony Hughes And Dahmer Meet?

Reportedly, Tony Hughes met his eventual killer at a gay bar, where he used to communicate with people by penning it down in a notepad. Apparently, Hughes followed the same fashion while being introduced to Dahmer.

On that cursed day, Hughes was said to be visiting his family in Madison and went dancing at a gay bar in Milwaukee on May 24, 1991. Evidently, Dahmer went there and picked him up, took him home, drugged him, and seemingly dismembered his organs and the entire body, keeping his skull with him.

The series has grabbed tabloid attention, detailing how Tony Hughes and Dahmer met and got romantically attracted to one another. It had also added scenes like Dahmer attending several photoshoots of his alleged lover- but we are unaware how much of the show was true and which all portions were artificially implemented,

According to The Associated Press, Huyghe’s mother had reportedly told them about her son being admitted for a new post two weeks before his death. It is a hunch that he must have been appointed by Dahmer, who only had an evil intention. However, not even his first paycheck was received.

It was unfortunate that she had no sufficient information regarding the alleged friend, Dahmer, for she only knew his first name- Jeffrey.

How Did Dahmer Kill Hughes?

Even in the series, the attributes of Tony Hughes’s bleak death were scarce. But as per the records detained with the FBI, Hughes went missing from May 31, 1991, whereas in reality he was last seen on May 24 at the 219- Club.

Shortly after two months, his death was confirmed as the officials found his vertebrae, skull as well as other body parts along with the remains of a few other innocent victims at Dahmer’s apartment.

Tony Hughes mother was notified about his death in early July, following his dental records, which were initially identified as Hughes’.

In 1992, his mother once again confronted The Associated Press where she said, When it happened, I thought I was about to lose my mind. Until then, I was praying and asking the Lord to show me where my son actually was. I just had to know whether he was alive or not. It still hurts me when I think of the way he died.”

Purportedly, Dahmer confessed to committing 17 murders including Hughes, who was his 12th prey. Eventually, Dahmer was sentenced to 15 years in 1992. Including his last victim, Dahmer took 17 lives, including both teens and men during a period of 13 years, commencing from 1978.

However, before the law could punish him in its entirety, an inmate, Christopher Scarver, killed Dahmer during his second year in prison.

Who Were The Other Victims Of Jeffrey Dahmer?

It took Dahmer more than a decade to slaughter the heads of blameless young men and boys. The worst part of his killing was he cannibalized certain body parts, including genitals and skulls, of his prey, as souvenirs.

Ostensibly, all of his victims come under the age group of 14-32, among which the majority were minorities from the gay ethnicity, just like Tony Hughes.

Dahmer’s other victims were:

After butchering at least 17 people, Dahmer was arrested on July 22, 1991, by Milwaukee police officers after a captive, Tracy Edwards, escaped his clutches.

About The Netflix Series

Starring Evan Peters, Netflix dropped the limited biographical crime drama series, Monster: The Jeffrey Dahmer Story on September 21, 2022. The series mainly portrays the real-life crimes committed by the psycho-killer, Jeffrey Dahmer, but from the perspective of the victims and their families. It also included the testimony of Dahmer during his initial trial.

You can see the Emmy Award winner, Peter, in the role of the Milwaukee serial killer. The show’s sixth episode documents the relative events in detail, like how Dahmer met Hughes, how they became friends with each other, and what eventually led to Hughes’ death. Penned by Janet Mock and David McMillan, “Silence” was directed by Paris Barclay.