Joey Defrancesco, the munificent Jazz Organist, saxophonist, and trumpeter of America died on...
HomeNewsHelicopter Crash In... 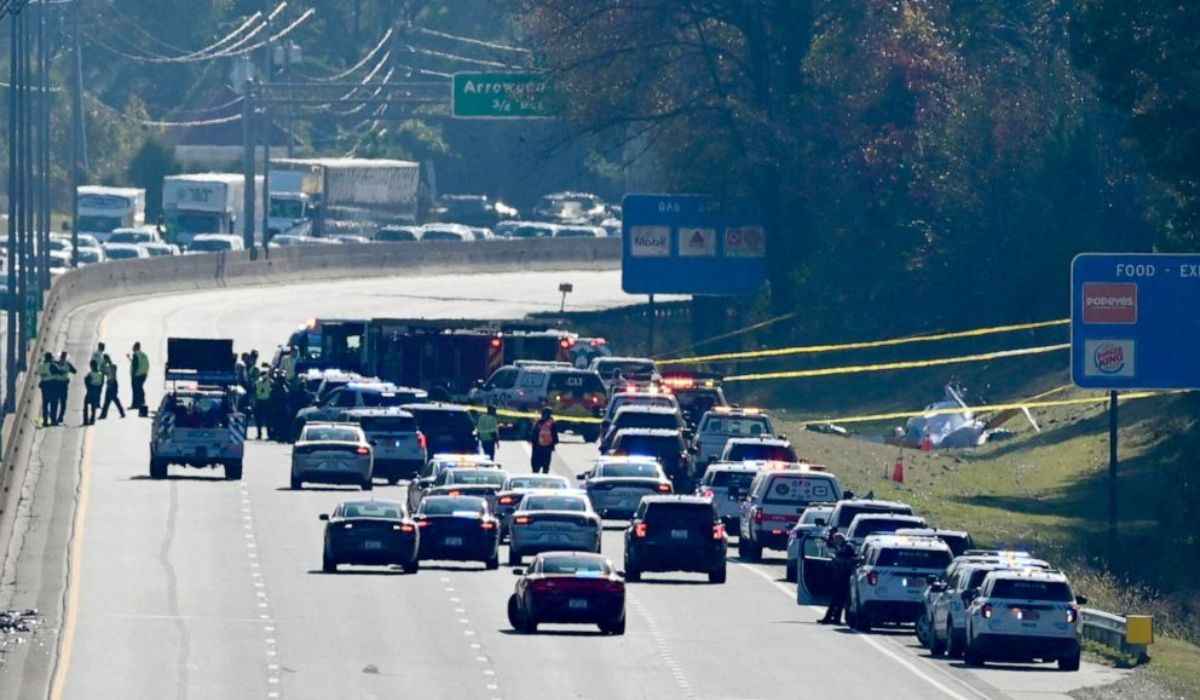 It is indeed a piece of mind-writhing news that the meteorologist Jason Myers and Chip Tayag who was a sky3 pilot died in an unexpected helicopter crash In Charlotte NC on Tuesday afternoon. The sudden crash happened near the Nations Ford Road exit near the limit of interstate 77. So let us check what really happened

The two people who died at the crash were working in WBTV and the sudden untimely death of the two young talents are indeed excruciating to everyone who loved and adored them. The helicopter that crashed belonged to WBTV and Jason Myers and Chip Tayag were two uniquely talented young men who were the pillars of strength of the company this unexpected incident has really made a toll on the company.

The respective families of the deceaseds have not responded yet, because they have sought privacy in this sorrowful despondent situation. Let us have a glance at John Myers and Chip Tayag who were the most intriguing pilot and meteorologists of WBTV.

Who Was Jason Myers?

Jason Myers was born on the outskirts of Union and Catawba countries and he always found interest in watching WBTV. so having a strong deep passion for working at WBTV he tried hard and managed to conquer his dream.

The career that he pursued took him to several heights and he worked in Raleigh, Texas, and Virginia before coming back to his hometown in the Charlotte area. Jason Myers has married his childhood love, Jullian and they both share four children together.

He was leading a serene life with his family and he would have never anticipated that a tragic death would be waiting for him.

Jason Myers attended the North Carolina State University and he acquired his Bachelor’s degree of Science in Meteorology. After completing his studies he stepped into the broadcast meteorology career at KRBC-TV in Texas.

After working in this firm for quite some time he moved to WRIC-TV in Richmond, Virginia under the same designation and after working there he decided to move to ABC-36 in Lexington, Kentucky as the chief meteorologist.

Who Was Chip Tayag?

Chip Tayag was one of the highly talented pilots for more than twenty years and he was best known for his caliber as a pilot undeniably he was the best pilot in the company. Chip Tayag was constantly in pursuit of making himself a better pilot and he always studied more and more to be at his best.

So Chip Tayag joined WBTV in 2017 as an ENG pilot who operates Sky3. Chip Tayag was working happily with the Total Traffic and weather network. In the account of five years working as one of the best pilots of WBTV Chip Tayag has flown the helicopter for around two thousand hours.

The team members who have worked with Chip Tayag said sorely that they always wished to duplicate Chip for his innumerable piloting skills and the way he organizes things and the ability to be at the best in everything he does.

So both Chip Tayag and Jason Myers were one of the most talented pilots and meteorologist at WBTV and this sudden untimely death of these two talents have been a massive loss for the company. WBTV issued their statement when the crash news broke out. It reads “The WBTV family is grieving a terrible loss.

Our news helicopter Sky3 crashed mid-day Tuesday with two of our colleagues on board. Meteorologist Jason Myers and pilot Chip Tayag lost their lives. We are working to comfort their families in this difficult time. We appreciate the outpouring of support for our staff and your continued prayers for their families”.

This statement issued by WBTV was quite shocking to the country and many have paid their heartfelt condolences to the deceased’s family. The crash has been started to investigate by The National Transportation Safety Board and Federal Aviation Administration.

“Tragically there are two people who will not be going home and spending the holidays with their loved ones. I ask that we pray for the families”.

He further added that “it seemed the pilot that was operating the aircraft made some diversionary moves to avoid hitting traffic. And if that is truly the case, then that pilot is a hero to,  in my eyes, make sure that the safety and security of those that were driving on the road were not in jeopardy”.