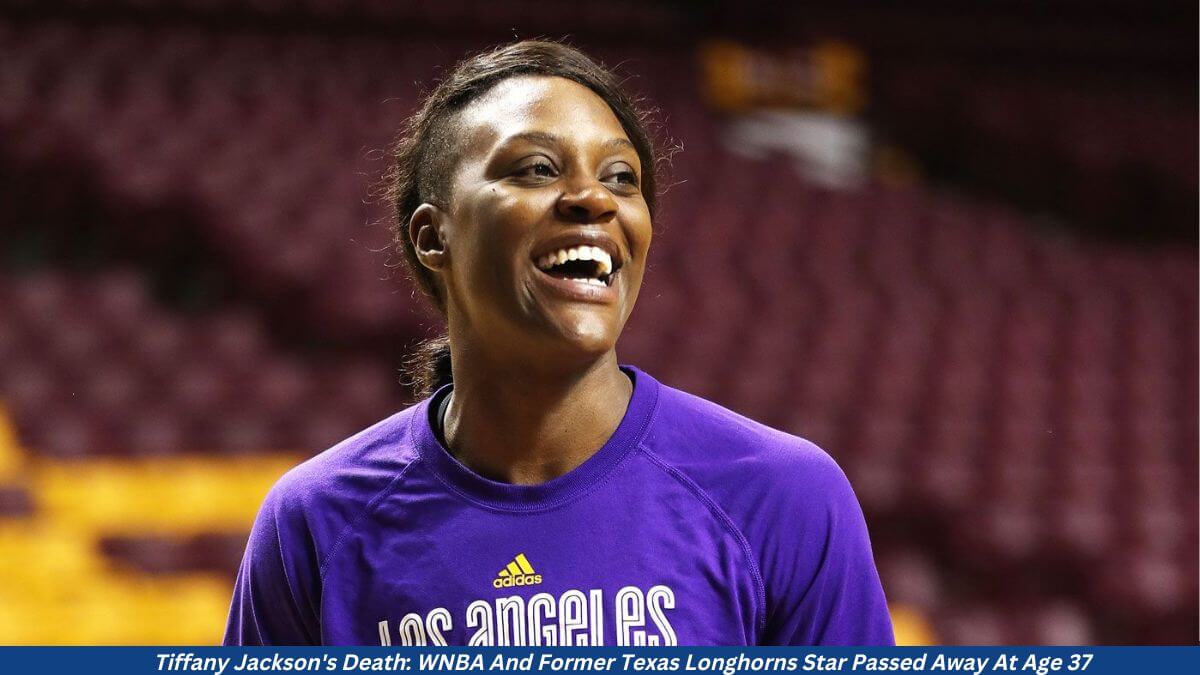 Remembering Tiffany Jackson, a player that no one can ever replace as a friend on and off the court.

Tiffany Jackson, the former standout who played 9 years in the league, has died at the very young age of 37, announced the University of Texas. Tiffany Jackson was initially diagnosed in 2015, however, the world only had a little business in her story as she left the worldly life this Monday.

Tiffany Jackson has been announced as a head coach at Wiley college since April 2022. She used to be the No.5 pick in the WNBA draft in 2007 and was a three-time All-Big 12 selection. Besides, Tiffany Jackson was voted the national freshman of the year in 2004 by the U.S Basketball Writers Association.

Social Media platforms are going frenzy with Tiffany’s fans, ex-coaches, and ex-teammates all paying tributes over tributes to her, with her former Texas- coach Jody Conradt saying, “Tiffany was an impact player and had a great career. She was recognized for her all-around game and she could effortlessly play multiple positions. She was favored by her teammates, and we are sad for her passing.

In addition to her fans, Texas Women’s Basketball was also in the scene to showcase the respect they had for Tinnafy Jackson.

Ever since she was identified with deadly cancer, Tiffany was preparing herse;f to retire from the field, which she did in 2017, playing her final season against Los Angeles. Before retiring at age 32, Tiffany Jackson was an assistant coach at Texas for a couple of years.

he also put the light on the fact that Tiffany was planning to be the head coach at Wiley College, which she will, unfortunately, cannot fulfill.

The Internet is mourning the death news of the player, but there are still many who don’t know why the world is woefully looking at the demise as if they are unaware of who the legend was.

Who Was Tiffany Jackson?

The name cannot be so unknown as Tiffany Jackson has made tons of headlines in the past, exclusively for her achievements. But when was she born and what does Tiffany’s early career look like?

Tiffany Jackson was born on April 26, 1985, in Longview, Texas. Eventually, during her school days at Duncanville High School, Tiffany was named a WBCA- Women’s Basketball Coaches Association All- American. Subsequently, the saga took part in the 2003 WBCA High School All- America Game, where she scored 4 points.

Later, Tiffany went to shine in college basketball at the University of Texas in Austin. In three of her four seasons, Tiffany was named an All- America.

Tiffany Jackson’s WNBA debut was on May 20, 2007, when she won over Chicago Sky. During her rookie season, she finished fifth in defensive rebound percentage and fourth in total rebound percentage. On June 14, 2010, Tiffany was traded for Plenette Pierson.

Tiffany Jackson Cause Of Death

Unlike normal, Tiffany Jackson was diagnosed with the third stage of breast cancer while playing for Tulsa in 2015. After taking the necessary treatment, Tiffany was back in league with the Maccabi Ashdod B.C. in February 2019, Tiffany signed contracts with Los Angeles Sparks.

Although Tiffany had a season in plan with the Sparks, she didn’t necessarily complete it as she retired in April 2018 right after Karen Aston offered her the position of assistant coach at the University of Texas.

After accepting the deal proposed by Karen Aston, Tiffany Jackson was appointed as an assistant coach at the Texas Longhorns. Sadly, she couldn’t see herself as the head coach of Wiley College. Before positioning herself there, Tiffany Jackson died from breast cancer on Oct.3, 2022.

Although it seems unfair, the reality could sometimes be harsh.