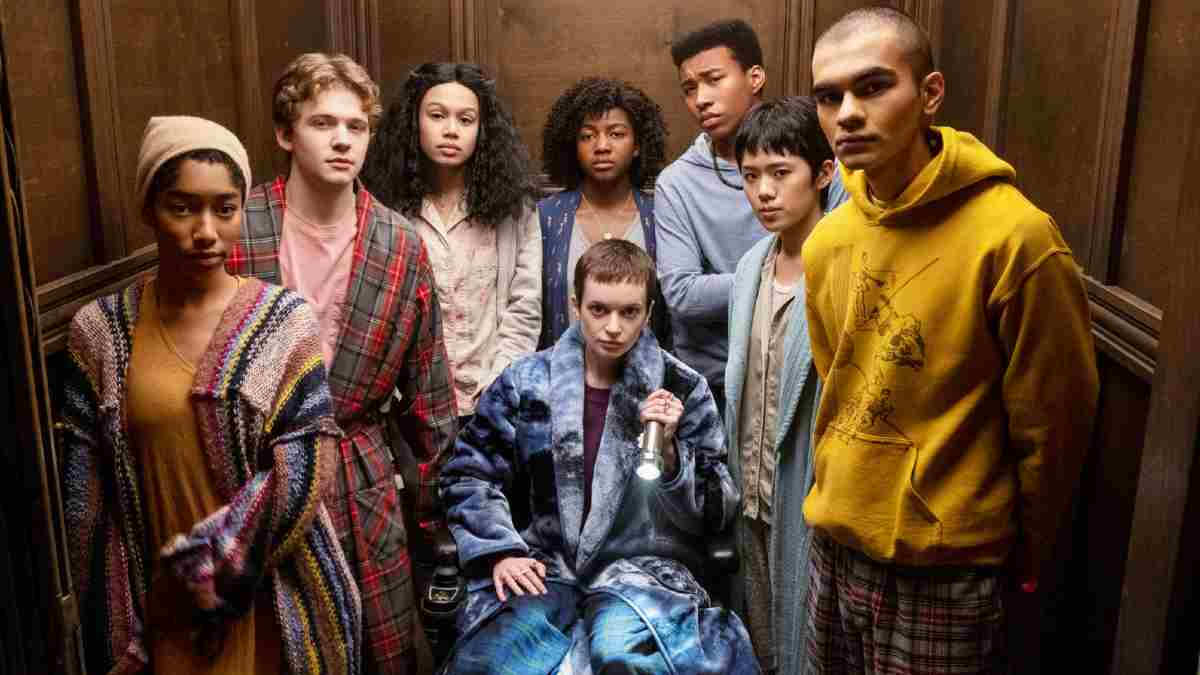 The Midnight Club is an upcoming American television series exploring the genres of drama, horror, mystery, and thriller.

The series is created by Mike Flanagan and Leah Fong for the online streaming platform Netflix. The much-awaited horror series The Midnight Club release date is confirmed on 7th October 2022.

The showrunner and the executive producers of the show are Mike Flanagan, Trevor Macy, Leah Fong, Julia Bicknell, and Christopher Pike. Whereas Michael Fimognari along with Mike Flanagan is the director of the show.

What Will The Midnight Club Be About?

Netflix has been seen collaborating once again with Mike Flanagan for the show The Midnight Club which is an adaptation of the 1994 young adult novel named the same “The Midnight Club” by Christopher Pike.

Mike is the hidden mastermind behind Netflix’s previously hit horror shows such as the haunting of the Hill House, The Haunting of the Bly Manor, and the midnight Mass.

He has also directed a few famous horror films as well like Oculus, Hush, Before I Wake and Gerald’s Game (another Netflix hit film).

The Midnight Club summary is about a small group of terminally ill teenage patients residing at Rotterdam home, who comes together to create a Midnight club. Where the club meets in secret at midnight having each member share a spooky story with the rest.

Together the members of the club make a unique pact that whoever dies first will have to find a way to try and contact the other members of the club from the other side of the grave. Having one member expire marks the beginning of eerie things happening and a frightening dose of fear and horror sets in.

The Midnight Club release date is officially confirmed on 7 October 2022. It was announced in May 2020, that an original Netflix horror series would be created as an adaptation of the 1994 young adult novel named the same “The Midnight Club” by Christopher Pike, created by Mike Flanagan and Leah Fong.

The filming started in early March of 2021 and took place throughout the summer of 2021 and was eventually wrapped up in early September 2021. The shooting was primarily done in Vancouver, British Columbia, Canada.

The Midnight Club streaming will be done on the online streaming platform Netflix, whereas the official release date of the much-awaited horror series is 7th October 2022.

Just around Halloween, Netflix will be serving up the audience with a huge Halloween treat for fans of horror, mystery, drama, and thrillers. Not to forget the fans who like to romanticize the 90’s teen culture

The Midnight Club cast members have been revealed but what character they will be playing still remains a mystery.

The audience will have to wait and look for themselves to see which actor will play which character.

Fans are excited to hear more about the Midnight Club story. The audience is looking forward to seeing how Mike Flanagan will throw around flourishing details in this upcoming series of his, just as much as he did in his previous famous Netflix projects.

After the release of the short trailer, the camera focuses on each of the members of The Midnight Club while they are seen reciting lines from some dark poem. The meaning behind the lines of the poems has left the fans wondering, thinking about the hidden symbolism behind the words.

The fans are seeing a striking resemblance between the midnight club and the 90’s Nickelodeon show “Are you afraid of the dark?”, which also had a group of teenagers who used to call themselves “The midnight society”.

However, fans are expecting The Midnight Club to be based on a much darker theme fully exploring the themes of darkness, horror, and fear.

What To Expect From The Midnight Club?

The Midnight Club plot is based on the famous novel “The Midnight Club” by Christopher Pike, considered to be one of the many stand-alone stories that Pike released throughout his career writing.

The show is expected to follow the same storyline as that of Pike’s book, where there will be a group of teenagers in a hospice (most probably haunted).

Every member of the group will be seen suffering from different incurable diseases and trying their absolute best to spend whatever remaining time they have alive according to their wishes doing something exciting.

There will be friendships, relationships, and some spooky fun. The members make a deal that might or might not be their way of making attempts to come to terms with their destined deaths. While the other specific details related to the show are still being kept under wraps by the makers of the show.

There have been certain changes made as compared to the book, such as there will be eight teenagers involved in the club whereas the book showed five teenagers as part of the midnight club. Also changing the name of the medical manor to Bright Cliffe Hospice.

The Midnight Club will be 10 episode run show premiering on October 7, 2022. A total of 10 episodes will be released by Netflix in one go on its official release date.

Netflix will be seen giving up its divisive strategy of splitting up the show in half (Just like Stranger things episode 4) for this upcoming horror television series. Thus, dropping the entire series in just one single go for a delectable binge-watch for the audience.

However, there is no other information about the episode’s name as of now. The audience can expect the episodes to have a running time between 40 to 60 minutes.

The Midnight Club trailer was released by Netflix on 6th June 2022. The trailer is more of a teaser, not giving much information about the plot of the show.

The trailer showed the six main cast members attending a Midnight club meeting, where each character took turns reciting the portions of the show’s famous toast “To those before, to those after, to us now, and to those beyond. Seen or unseen, here but not here.”