Joey Defrancesco, the munificent Jazz Organist, saxophonist, and trumpeter of America died on...
HomeSeriesMade In Heaven... 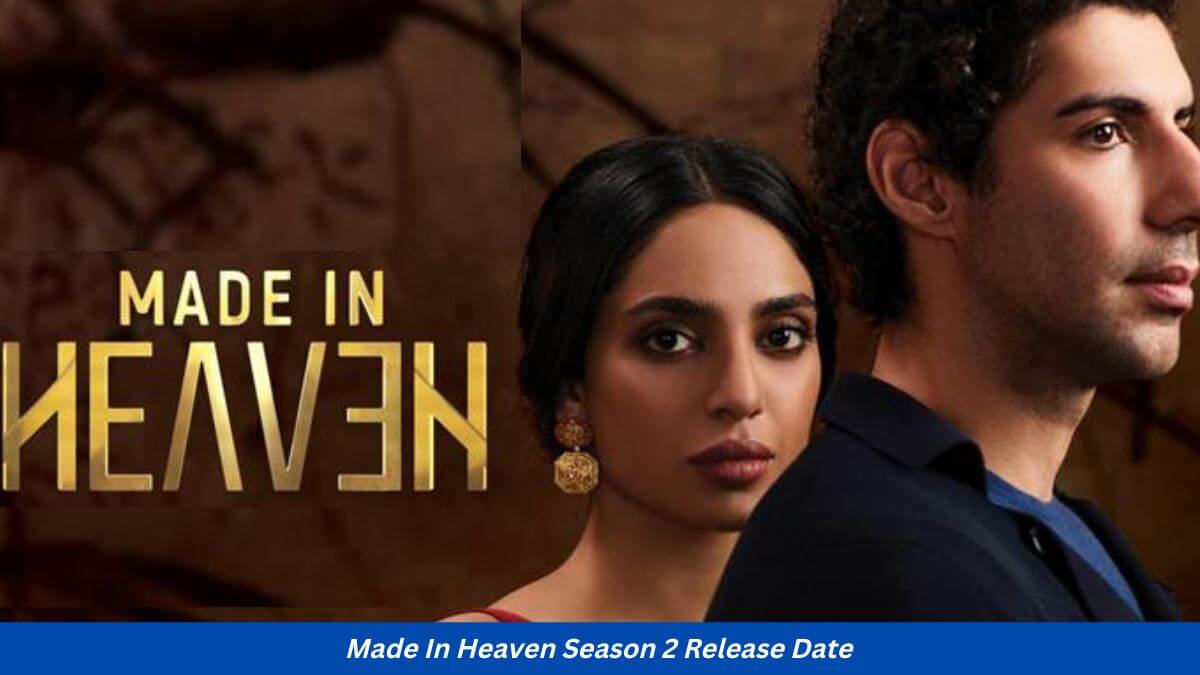 Made In Heaven is a 2019 released Indian web series exploring the genres of romance, comedy, and drama. The show was first released on 8 March 2019 on the online streaming service Amazon Prime Video. Made In Heaven Season 2 release date is not yet confirmed.

Nitya Mehra, Zoya Akhtar, Prashant Nair, and Alankrita Shrivastava are the directors of the show. The country of origin is India with Hindi as its original language.

The production companies involved are Excel Entertainment and Tiger Baby Films. With Amazon Prime Video as its original network. The show features the two wedding planners of Delhi named Tara and Karan. The duo runs an agency that organizes weddings named Made in Heaven.

Is Made In Heaven Based On A True Story?

The show’s first season gained a lot of popularity and was critically acclaimed. It is an entirely unique storyline, plot, and the performances of the actors are what helped it to gain success.

The show has anyways managed to catch the attention of fans quite enough after getting delayed repeatedly for the last two years. Season two of this famous series was scheduled to be released in April of the year 2020. Due to COVID-19 unfortunately the shooting for the second season could not start before the year 2022. Made In Heaven Season 2 release date is expected at the end of 2022 or the beginning of 2023.

Made in Heaven Season 2 streaming will be done on the online streaming service Amazon prime Videos.

Made In Heaven Release Date

Made in Heaven Season 2 release date has not yet been announced by the makers of the show. It is expected to be released by the end of the year 2022. According to a few sources, it has been confirmed that the shooting finally ended in April 2022. The series is in its post-production phase and will be soon released.

Made In Heaven Plot

Made in Heaven Season 2 plot will revolve around the show’s main characters and will feature some new couples, juicy weddings, and a few new beginnings for the different characters of the series. The show will continue with the beautiful, tangled portrayal of the new modernized version of the old traditional India. The show will be back with the perfect blend of cultures, weddings, scandals, and traditions.

Made In Heaven Where To Watch

Made In Heaven Cast

Made in Heaven Season 2 cast will be the same as that of the previous seasons. The main cast members will be seen reprising their roles including:

It is also rumored that a few guest-star appearances will be made in the upcoming episodes of season two. Jacqueline Fernandez, Mrunal Thakur, Neelam Kothari, and Radhika Apte will be seen appearing in cameo roles.

Social Media Talk About Made In Heaven

Made in Heaven Season 2 spoilers have stated that the show’s lead actor Arjun Mathur will be back for season two as Karan Mehra. Fans are readily excited for the upcoming season. Given the fact that the cast members and the show scored a massive success with season one.

It has been confirmed that the main characters who will be seen in the upcoming episodes are Arjun Mathur, Sobhita Dhulipala, Jim Sarbh, Shashank Arora, Kalki Koechlin, and Shivani Raghuvanshi. The makers of the show released a poster for the second season which created a buzz among the fans. Then the other cast members posted a picture including the entire cast.

What To Expect From Made In Heaven Season 2?

Made in Heaven Season 2 speculation has stated that the show will be released by the end of the year 2022. The cast members are going to be coming back with another interesting storyline which will surely keep the viewers entertained.

It is expected that the upcoming season will feature some lavish destination weddings which might be taking place internationally. Some new beginnings are set to happen in the upcoming episodes. It is also rumored that Anusha Dandekar (who was previously seen hosting India’s next Top model) will also be joining the cast and will play the role of a modernized bride, who will be seen making a top-notch entrance to her own wedding on a horse. New romances and relationships might be seen arising in the upcoming season.

Made In Heaven Episode Guide

Made in Heaven season 2 episode guide has not yet been revealed by the makers of the show. The series will be released on the online streaming platform Amazon Prime Videos. It is expected that the show will be dropping all its episodes in just one single go, it will not be following a weekly release pattern. It is expected that it will have a total of nine episodes with each episode having an average run length of about forty-five minutes to sixty minutes.

Made In Heaven Trailer

Dead To Me Season 3 Release Date Renewed Or Cancelled?