Joey Defrancesco, the munificent Jazz Organist, saxophonist, and trumpeter of America died on...
HomemovieKnock At The... 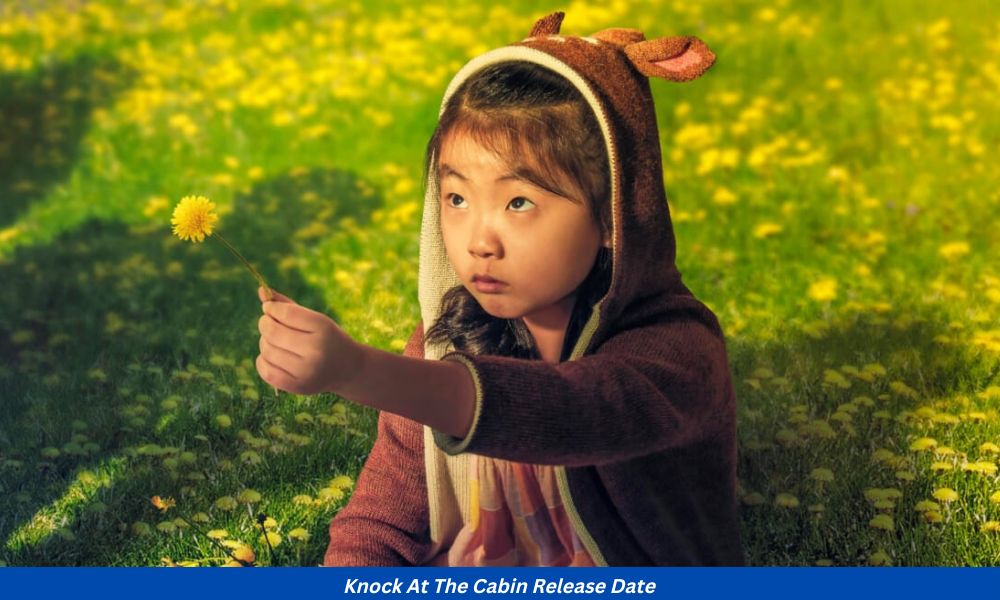 Knock at the Cabin is an American movie that explores the genre of psychological horror. The movie is directed by M. Night Shyamalan and is based on the novel The Cabin at the End of the World, written by Paul G. Tremblay. The cinematography of the movie was done by Jarin Blaschke.

The movie is produced by M. Night Shyamalan, Marc Bienstock, and Ashwin Rajan, and the production companies involved are Blinding Edge Pictures and Perfect World Pictures, with Universal Pictures as the distribution partners. The country of origin is the United States, with English as the original language.

When the novel by Paul G. Tremblay was not even published in 2017, it was then that the author signed a contract that the book would later be adapted and be made into a movie. The novel was later released in 2018.

The director of the movie M. Night Shyamalan later made some changes to the script and joined hands with Blinding Edge Pictures and Perfect World Pictures to go ahead with the movie. However, the official announcement of the movie was not made until October of 2021. The filming of the movie took place in Burlington County, New Jersey.

As of now, it is not known when the movie will be available for the audience to watch in other parts of the world, but it can be expected that the movie might get released in other countries a week later than its original release date.

Knock At The Cabin Plot

Although the official synopsis of the movie is not yet available, according to the novel The Cabin at the End of the World by Paul G. Tremblay, the story takes place during the apocalypse when a married couple, Andrew and Eric, along with their adopted daughter Wen, spend their holidays in a deserted cabin in New Hampshire.

Their lives are turned upside down when all three family members are held hostage by four people: Redmond, Leonard, Sabrina, and Adriane who invade their cabin and command them to kill themselves in order to prevent the apocalypse.

Where To Watch Knock At The Cabin

It is expected that if things go well and the film happens to do wonders at the box office, popular online streaming platforms such as Netflix, Hulu, Amazon Prime, etc., may partner with the makers and make the movie available for the audience to watch by the middle of the coming year. The movie may be available on different websites such as movies, Dailymotion, etc.

Knock At The Cabin Cast

The Talk On Social Media About Knock At The Cabin

Whenever a new horror film is announced, fans always get excited and eager to watch it. When the movie Knock at the Cabin was announced in 2021 and when the audience learnt that the movie is based on the novel Cabin at the End of the World by famous and much-loved writer Paul G. Tremblay, many fans expressed their love for the author and got excited to finally witness his work come alive on the big screen.

The upcoming horror movie is one of the much-awaited movies of the coming year 2023, which will surely be showered with a lot of appreciation considering its buzz even before the release of the movie.

What To Expect From Knock At The Cabin?

Knock at the Cabin is one of the most talked about movies of the coming year, which is expected to become one of the biggest horror films of recent times.

The movie is expected to earn a good amount of money at the box office considering that the novel was a major hit and was loved by all.

People who are unfamiliar with the novel Cabin at the End of the World are expected to be on the edge of their seats whenever they happen to watch the movie next year.

Since the movie is shot with 1990s lenses in order to give out the vibe of an old-thriller movie, the visuals and cinematography of the movie will be something to watch out for, which will make the movie an interesting and fun watch.

Knock At The Cabin Trailers In Detail

The trailer begins with Andrew, Eric, and their adopted daughter, Wen, enjoying a fun drive to spend their vacations at a quiet cabin in order to spend some quality time with each other. Wen, when sitting on the porch, notices a man standing in the forest.

They later hear a knock at the door of their cabin, which scares both Eric and Andrew, as well as Wen. Their cabin is then invaded by four people who tell them they are on a mission that could be of great help to the world.

They tell the family that they have been chosen to save the world from ending and to prevent the apocalypse.

The trailer ends with suspense when they tell them that they will have to make a sacrifice to save the world. The first trailer of the much-anticipated film based on the book by Paul G. Tremblay was released on September 22, 2022, on the official YouTube channel of Universal Pictures Ireland.