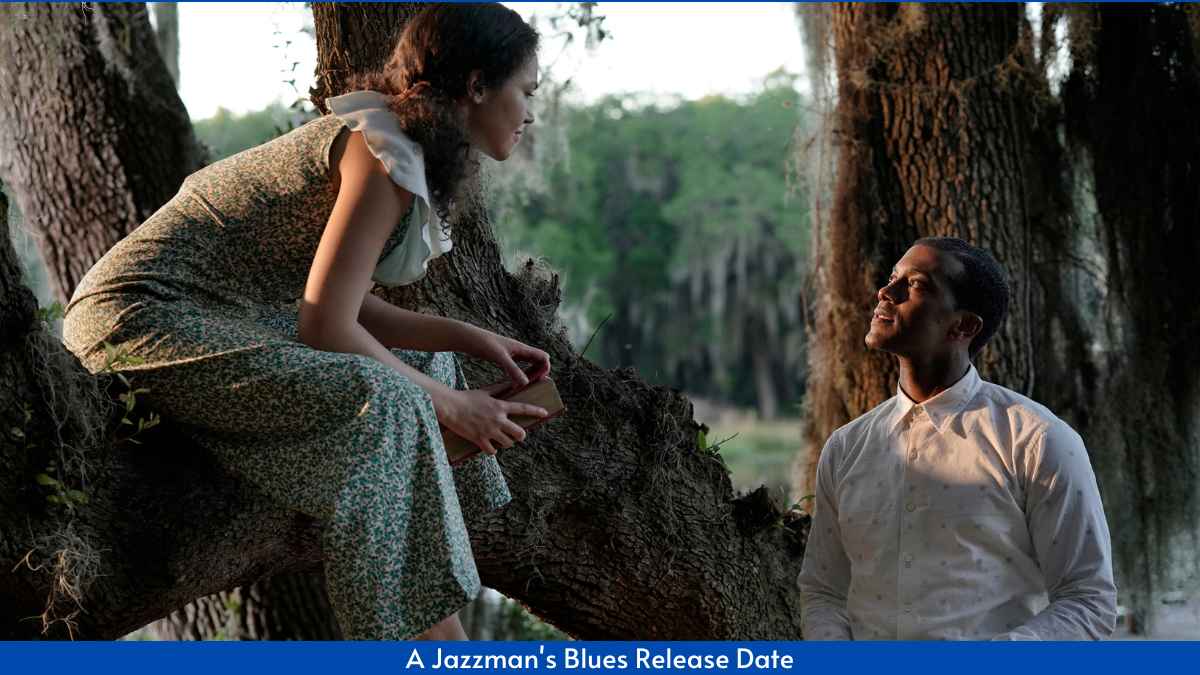 A Jazzman’s Blues is an upcoming American movie exploring the genres of drama and romance. The movie was directed and produced by Tyler Perry.

The production company involved is Tyler Perry Studios along with Netflix being the original distributor. The United States is the country of origin with English as the movie’s original language.

When Will A Jazzman’s Blues Premiere On Netflix?

The idea of the movie A Jazzman’s Blues had always been there at the back of Perry’s mind for more than twenty-seven long years. After so many years of waiting and anticipation, the project was sitting on the shelf. The film finally landed with the online streamer Netflix after the movie’s writer’s successful collaboration with Netflix on the 2020 release A fall from Grace.

The upcoming movie A Jazzman’s Blues will also be featuring an original song by Ruth B and other songs arranged and produced by Terence Blanchard, who happens to be a multi-Grammy winner and two times Academy Award nominee. The music will be given by Aaron Zigman and choreographed by Debbie Allen.

A Jazzman’s Blues streaming will be done on the online streaming platform Netflix on 23rd September, along with a special release at the Toronto International Film Festival on 11th September. As of now, no information has yet been provided on whether the movie will also be having a theatrical release or not.

A Jazzman’s Blues release date is confirmed on 23rd September 2022. The movie will be released on the online television platform Netflix. Whereas the movie is scheduled to premiere at the Toronto International Film Festival on 11th September 2022. No other information has yet been revealed whether the movie will also be having a theatrical release or not.

A Jazzman’s Blues plot tells the tale of a forbidden love story of Bayou and Leanne, they were a star-crossed couple navigating their way through the world as young black people living in the deep south during the time of 1940s and the decades following. As revealed by the movie’s trailer, the couple will be facing a lot of hardships to become united in love.

Where To Watch A Jazzman’s Blues?

The upcoming romantic drama movie A Jazzman’s Blues will be available to stream on the online streaming platform Netflix on 23rd September 2022, it is not yet confirmed whether the movie will be released on various platforms as well or not.

The audience might recognize Boone from a few of his famous roles in Law & Order: Special Victims Unit, MacGyver, and Seven Seconds. Whereas Solea Pfeiffer is best known for her super famous roles in Scandal, Curb Your Enthusiasm, and The Good Fight.

A Jazzman’s Blues spoilers have stated that Ruth B. and Blanchard will collaborate on an original song in this upcoming movie, the song has already been released by Sony Music.

Fans are readily excited for this upcoming period drama lover story, which will be featuring a black couple. Since there are not-so-quiet movies exploring black love stories, A Jazzman’s Blues could be a treat for all the romantic heads out there.

Tyler perry posted this on his Twitter handle, following the trailer release of this upcoming romantic movie, “I wrote this 27 years ago, and I finally get to show it to the world. This is my new movie, A Jazzman’s Blues. I cannot wait for you to see it on @Netflix on September 23rd. Here is the trailer. More to come.” Ever since then, the fans are tweeting about the movie using this handle  #AJazzmansBlues”.

What To Expect From A Jazzman’s Blues?

A Jazzman’s Blues story will show the love tales of a young couple, the two love birds will be going through several trials that will be testing the couple’s love power as both their families and the otherworldly forces as well will be seen trying their best to tear them apart.

Despite all the odds and hardships, they will follow their righteous path of pure love with all the odds stacked against the two. The couple will all emerge victorious with the true glory of their love and togetherness. Their true love will be their guide towards home.

The audience can expect a love story filled with the true hardships and struggles that couples face while uniting.

A Jazzman’s Blues trailer was launched on 23rd August 2022. The two-minute thirty-three seconds long trailer opens with the movie’s lead characters, a pair of young black couples sharing an intimate moment. With the voice of the Bayou (played by Joshua Boone) says “That was our first kiss. Ain’t nothing felt that good in all my life”.

The trailer then proceeds with different clips of bayou plucking flowers and being treated badly by his brother and daddy. The trailer then showed some beautiful scenes of love flourishing between the couple and Leanne (played by Solea Pfeiffer) saying to bayou “you are the only person that makes me feel safe”.

Then came an emotional clip of the lovers parting their ways followed by a beautiful song and then finally Leanne returned and confessed the truth to bayou as to why did she leave. Bayou could be seen performing on stage. The trailer ended with some cliffhanging scenes suggesting the hardships that the couple will have to face. True love will guide you home was the message that the trailer gave to the audience.

The YouTube link for the officially released trailer of “A Jazzman’s Blues” is given below: