Joey Defrancesco, the munificent Jazz Organist, saxophonist, and trumpeter of America died on...
HomeEntertainmentJulie And The...

Julie And The Phantoms Season 2: Will There Be a Season 2? 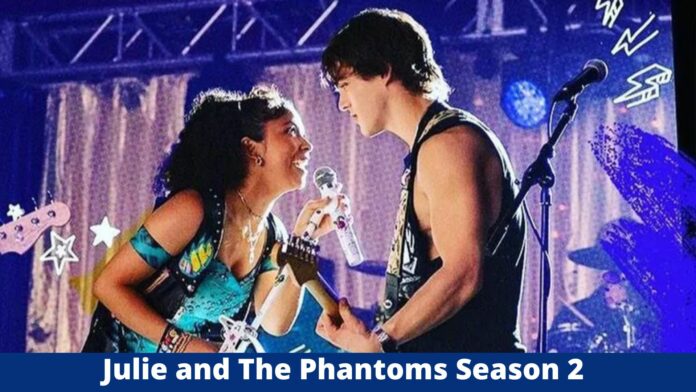 Julie and the Phantoms is an American musical comedy-drama Netflix streaming television series developed by Dan Cross and David Hoge and set to premiere on September 10, 2020. The series is based on the Brazilian television program Julie and the Monsters. After one season, the series was canceled in December 2021.

It should come as no surprise to those who have already watched “Julie and the Phantoms” that the series is executive produced by Kenny Ortega, the man behind Disney Channel success franchises such as “High School Musical” and “Descendants.” His first project after securing a multi-year contract with Netflix is the series. The musical comedy “Julie and the Phantoms” was well-received by reviewers and audiences alike, scoring a 93 percent on Rotten Tomatoes and a 98 percent Audience Score. Despite the clear success of the show, fans continue to await news of a second season.

Here is what we know so far about Season 2 of “Julie and the Phantoms.”

Will there be a second season of Julie and the Phantoms?

This week, we learned that Netflix would not renew our show for a second season. Despite our sadness, we are incredibly proud of what we did as a team and the family we created while producing Julie.

The cancellation of the Netflix series Julie and the Phantoms was announced in December, and while there are now no plans to produce a second season, there is still a chance that the show may return.

Why did Netflix pull the plug on Julie and the Phantoms?

After its cancellation on December 18, people questioned Netflix’s decision not to order a second season of Julie and the Phantoms. Unfortunately, we may never learn why the show was canceled, as Netflix has not yet issued an official statement and only seldom provides explanations when canceling a series.

Typically, shows are canceled due to a lack of audience interest, which results in low viewership. Due to how Netflix releases viewing information, it is difficult to know how many individuals watched Julie and the Phantoms on Netflix during its first month and following months.

Who would have been in Julie and the Phantoms’ second season?

If the program were to return, Madison Reyes would have reprised her role as Julie, as she is the title character.

Booboo Stewart as Willie, Jadah Marie as Flynn, Savannah May as Carrie, and the eerie Cheyenne Jackson as Caleb would have certainly returned as well.

Julie and the Phantoms Trailer

Reviews of Julie And The Phantoms:

Caroline Framke wrote for Variety “Certainly, their ghostly escapades get ludicrous very fast. Still, who cares? Julie and the Phantoms are sufficiently entertaining and endearing that none of these flaws actually matter.”

Based on 27 reviews, review aggregator Rotten Tomatoes reported a 93 percent approval rating for the series, with an average rating of 7.9/10. With catchy melodies and just the right amount of ghost humor, Julie and the Phantoms is a pleasant, feel-good performance that serves as an excellent introduction to newbie Madison Reyes. Based on 7 reviews, Metacritic awarded the series a weighted average score of 77 out of 100, indicating “generally good reviews.”