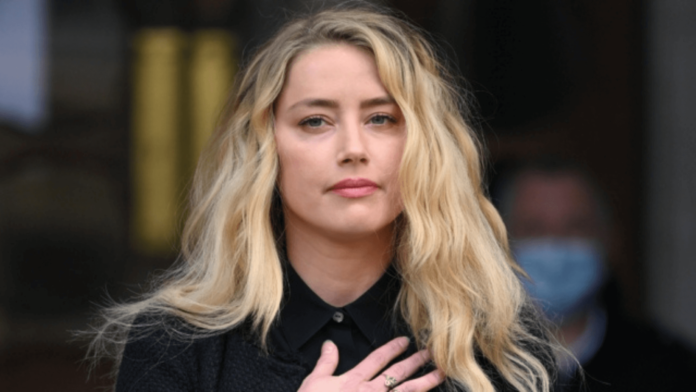 The trial of Amber Heard and Johnny Depp is now a sensational topic in the Hollywood news. In 2019, the selected Aquaman star Heard filed a domestic violence suit against her husband, the Pirates of Caribbean fame Johnny Depp. Although the couple enjoyed each other’s company during the courtship period, there were regular disturbances in the married life.

Amber Heard Fired Her PR Team! What We Know So Far

It was highly shocking for the whole of Hollywood to digest that Depp was such a mean-minded and cruel husband. Repetitive headlines were written, and Hollywood almost banned Depp from being involved in any project. Therefore, it is needless to mention how Johnny’s life became full of hatred and humiliation, even from his fans.

But things took a new turn after the revelation of an audio clip showing that the culprit was Amber Heard.  We are going to throw light on this reaction of the actress. You can also learn what the audience is thinking about it.

As per the recent reports, Amber Heard decided to change her PR team. It is due to the unfavorable headlines against her during the defamation trial of her husband. The high-profile suit involving Johnny Depp is currently going on in Washington DC. Moreover, the media people are thus always roaming about in these American outskirts for more spicy news about the trial.

After a video clip went viral, the public saw Amber Heard confessing that she used to hit her husband hard. The former wife of Depp is thus in a very bad mental condition at present and does not want any old employees in her PR team. As per the reports, so much defamation against her is the sole reason for such an action.

Another reliable source quoted her as being “frustrated” after experiencing a negative scenario, thus portraying her as the main accused. This was something unbearable for the actress to handle, and hence she wanted to get rid of all the old team members.

What Do The Employees Have To Say?

One of the long-term team members of Johnny Depp expressed to the court the actual scenario in the Depp and Heard case. She told the media that in a social media post in 2018, Amber Heard first brought allegations of domestic violence against Depp. This took Hollywood on fire resulting in ruining the star’s career. Moreover, the filmmakers rejected him from a pre-signed role in Fantastic Beasts.

It was apparent how much hatred people had for the incredible artist due to one post. As a result, presently, Depp has filed a countersuit against Amber for an amount of $50 million.

On the one hand, Depp has managed to bring strong evidence to prove his innocence in front of the court of law. Moreover, the clip supported what Johnny said that he was the actual victim of domestic violence and not the opposite side.

Amber is shocked after the case went suddenly against her, putting her intention under question. As per the words of the London Field star’s lawyer, she will take strict action soon in reply to this allegation. Furthermore, the lawyer also added that the post of 2018 never indicated any name anywhere. It was only a general statement given for the sake of the public.

The present trial has been going on for two long years. However, before this, the post of Amber Heard influenced a British tabloid named The Sun to file a case labeling Depp as a wife-beater. Unfortunately, Johnny could not win over the strong evidence of this case. After this incident, the London High Court passed orders favoring his cruel acts against ex-wife Amber.

Hopefully, Johnny will be able to prove his innocence in the coming days with the audio clip that went viral. Moreover, the public is now signing an online petition to remove Heard from Aquaman Season 2. Witnessing the turn of events, Heard felt that the old employees of Johnny Depp were now all against her. Therefore, she does not feel shy to eliminate all of them and appoint new team members.

Amber married Depp in 2015, and the couple only stayed together for a year. Then, they realized that things were not working out nicely. Finally, in 2017, the divorce took place. In the subsequent year, Heard put a post abusing her partner for making her suffer the unbearable domestic abuse. Although, till now, people believed that statement, some doubts are now arising in the minds of the general public. The recent audio clip is everywhere on social media where people heard about Amber’s confession. Now, the matter is in the hands of the court about what will be the final decision.

Petitions To Remove Amber Heard From The Part Of ‘Aquaman’ Have Topped 2 Million Signatures!