Joey Defrancesco, the munificent Jazz Organist, saxophonist, and trumpeter of America died on...
HomecelebrityPetitions To Remove...

Petitions To Remove Amber Heard From The Part Of ‘Aquaman’ Have Topped 2 Million Signatures! 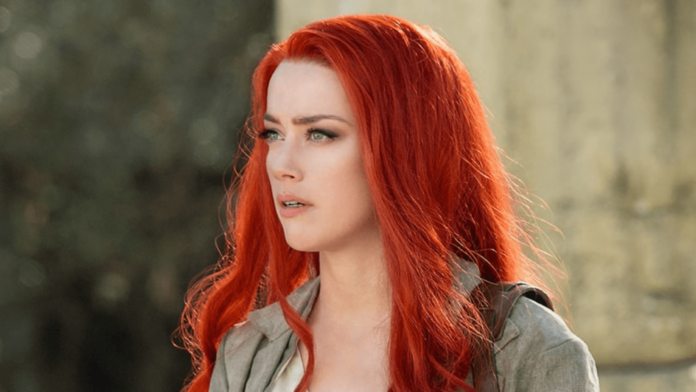 Currently, the defamation trial involving Johnny Depp is going in the courtroom. Amidst all this chaos, people are willing the removal of Amber Heard from the latest season of Aquaman.

Things got complicated when a sudden video went viral on social media. The whole world got to know that domestic violence is not only true for women, but it is equally harmful to men. Currently, the Petition received 2 million signatures in favor of removing Heard from Aquaman.

Beginning Of The Case: Petitions To Remove Amber Heard From The Part Of ‘Aquaman’

The story began with the complaint by Heard that her husband, Johnny Depp, the superstar of the Pirates of the Caribbean fame, tortured her. After this heinous accusation, their fans of Depp went against him. Therefore, the superstar was left to be humiliated in front of the whole world due to this one statement.

The present status of the Johnny Depp case has revealed a new turn in the story. The support which Heard gathered by making an allegation of domestic violence against Depp is no longer there. After such an accusation came to the limelight, almost everybody in Hollywood started abusing the star and even ignored his presence. This truly made the man shattered. But finally, he came up with exclusive evidence to prove his innocence. After learning so many new facts, the court is looking into the matter with new interest.

In December 2019, Charge.org filed a petition online seeking the immediate removal of Amber Heard from the part of Aquaman. The Petition described that men also have the right to get justice for domestic violence. Moreover, according to the words of thePetition, Hollywood must not consider someone as a celebrity who is already an abuser. The description sought the viewers to do only what is right and remove Amber Heard from Aquaman 2.

For the last two years, people from different parts of the world gradually learned about the truth of the relationship between Depp and Heard. Finally, most of them derived at the conclusion that the cause of the Petition is absolutely logical. Therefore, it will be right to reconsider Amber Heard for the second part of Aquaman.

The truth cannot hide for long as the correct audio clip is already out. It shows how Heard made every attempt to hurt her husband Depp physically. The people heard the voice of Amber admitting that she used to beat Depp, and so the previous allegations were all false. This clipping was enough to arouse a sense of sympathy for the deprived Hollywood star. Moreover, the petitioner got favorable responses from the general public on social media platforms.

To spread the correct news, the netizens shared the Petition vehemently with several other people over the internet from 2019 to this date. The resultant effect is incredible. Presently, almost 2 million signatures are there on this Petition, making it quite evident that Aquaman 2 will not have Amber Heard.

The overwhelming response in the year of the filing of the Petition, that is, 2019, ensured the petitioner that the public would soon come in his favor. In 2019, it received around 42,300 signatures. In 2022, it reached around 1,942,393 signatures. Not only this, but the fans are also tweeting, expressing their wish to remove Heard from Aquaman 2.

Role Of Amber Heard In Aquaman 2

In this context, you must learn the role for which so many signatures are taken through a petition. Amber signed an old contract with the makers of Aquaman to play a significant role in the next part of Aquaman. Everything was running quite smoothly when she raised a serious domestic violence complaint against Depp. The couple has separated now.

Depp, during the trial, decided to prove everything against the allegation brought by his ex-wife. The audio clip circulating on the net is the biggest proof that Heard did injustice to her husband. This is completely unacceptable for any society. Hence, such an inhumane lady cannot represent a prestigious role in a movie like Aquaman.

Amber is currently 35 years of age and taking the preparations to play the character of Meera in the sequel of Aquaman. The upcoming movie, going to release in 2023, has the title Aquaman and the Lost Kingdom. However, with her name coming into this controversy, it is not likely that the shooting will occur as planned.

With the reach of the Petition going to 2 million signatures, there has to be a serious step in giving justice to this long-drawn trial. However, everything now depends on time and the decision of the court. Moreover, whether Heard will continue to play the role of Meera is an important subject matter for the viewers and the makers.