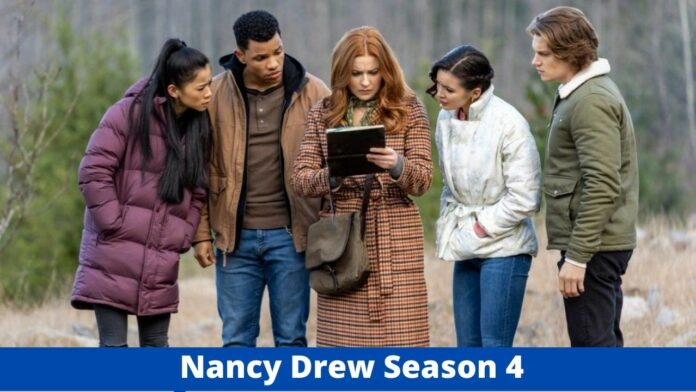 ‘Nancy Drew’ is a television mystery drama series based on Edward Stratemeyer’s eponymous series of mystery novels. It follows the eponymous girl, a talented teen sleuth, as she becomes engaged in the investigation of a supernatural mystery after deferring her college application. Nancy is also dealing with the death of her mother while trying to uncover the secrets of the townspeople that all lead to the murder she is investigating.
The series launched on October 9, 2019, and was adapted for the network by Noga Landau, Josh Schwartz, and Stephanie Savage. Since then, it has kept fans entertained for three seasons, and the characters and compelling plot have received a lot of praise. Naturally, fans are eager to learn whether their favourite young detective will be able to solve yet another mystery in yet another season. So, here’s everything we know about it!

Season 3 of ‘Nancy Drew’ premiered on The CW on October 8, 2021, and ended on January 28, 2022. The third season consists of 13 episodes lasting 40-44 minutes each and has gotten largely positive reviews from both spectators and critics.

Here’s all we know so far about the fourth season. The network has yet to make an official statement about whether ‘Nancy Drew’ would be renewed or cancelled for a fourth season. However, considering the show’s good ratings and fan demand, the series will most certainly return for at least one more season. Furthermore, several other CW shows, like the teen drama ‘Riverdale,’ ‘DC’s Legends of Tomorrow,’ and ‘Dynasty,’ have been renewed for multiple seasons. As a result, there is a chance that the mystery series may be revived for a fourth season.

Furthermore, The CW typically cancels the series after ordering a final season. Since the network has not yet confirmed any cancellation plans, the likelihood of a fourth season of ‘Nancy Drew’ has increased. Considering all of the aforementioned variables, The CW is likely to announce the series’ probable fourth season in the coming months. Furthermore, the premiere date will be determined by the producers’ production schedule as well as the availability of the performers. If all goes as planned, the fourth season of ‘Nancy Drew’ will premiere in the second quarter of 2023.

Who could appear in Nancy Drew Season 4?

Nancy Drew Season four Plot: What is it about?

The Drew Crew investigates the Frozen Hearts Murders in Season 3 of ‘Nancy Drew.’ Nancy is drawn to Agent Park as they get closer to identifying the murderer. Following a severe setback, she approaches Temperance for supernatural assistance in questioning a suspect, while her affections for Ace rekindle. Meanwhile, Ace finds himself in even more danger as a result of Amanda’s complicated familial troubles. Nancy, Bess, Temperance, and Agent Park band together to preserve the community after unintentionally releasing a hazardous creature while seeking to apprehend a murderer. As the Drew Crew gets closer to identifying the Frozen Hearts assassin, the buddies face their most formidable foe yet.

Nancy makes a key decision that changes the trajectory of everyone’s lives towards the end of the third season, which concludes in a huge twist. The prospective fourth season will pick up where season 3 left off, exploring the fallout from Nancy’s extreme decision. It will also explore deeper into Nancy and Temperance’s ancestors and the ramifications for the former’s life. Another storey element that could be developed further is Nancy and Ace’s unresolved sentiments following the stunning season 3 finale.

Nancy Drew’s third season averaged a 0.05 rating in the 18-49 demographic and 356,000 viewers in the live+same day ratings (includes all DVR playback through 3:00 AM). Compared to season two, that’s a 34% drop in the demo and a 24% drop in viewership. While these figures do not account for additional delayed or streamed viewing, they are a good measure of how a show is doing, especially when compared to others on the same channel. Other economic variables may have a role in a show’s destiny, although higher-rated shows are usually renewed, while lower-rated ones are scrapped. Find out how Nancy Drew compares to other CW TV series.