Joey Defrancesco, the munificent Jazz Organist, saxophonist, and trumpeter of America died on...
HomeNewsWho Is Bonnie... 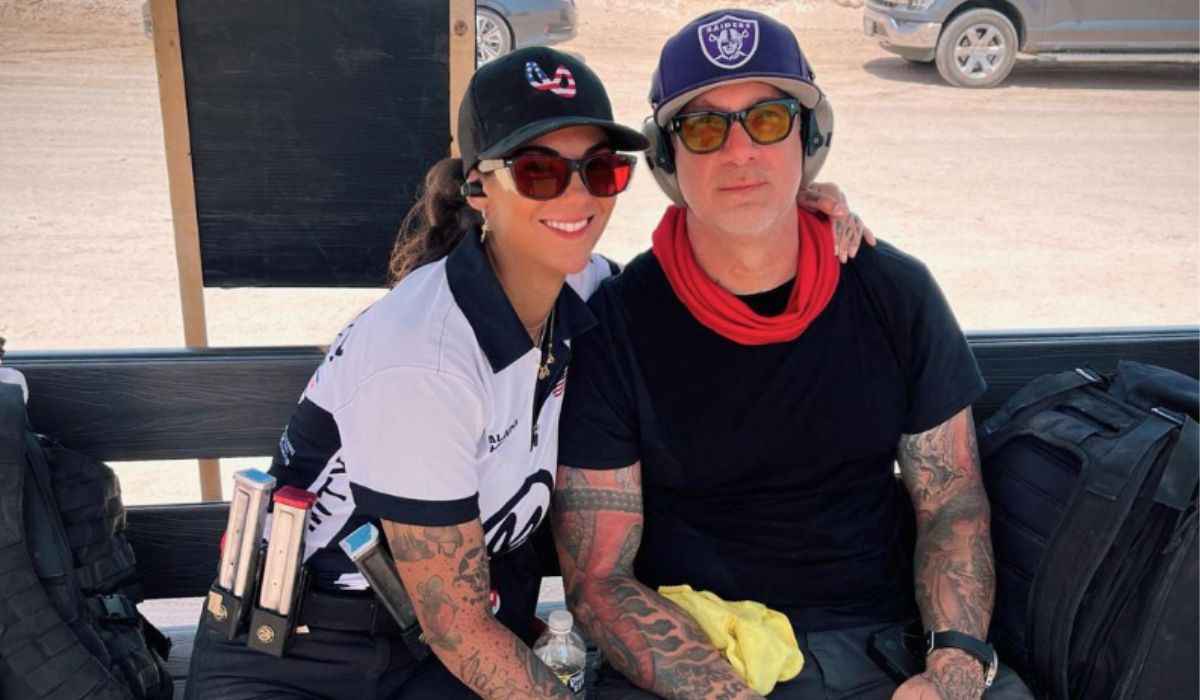 Bonnie Rotten and her husband Jesse James are quite the topic of discussion all over the internet since she filed for divorce yet again. She found her husband Jesse James texting one of his exes and this just exacerbated Bonnie Rotten to the core and she filed for divorce. But after just a matter of time, she regretted the impulsive decision and got heavily fluctuated in her stance and thereby realizing that she was just blowing out of proportion. Let us have an exhaustive look at the lives of this couple and the conundrum they are facing.

Bonnie Rotten Made A Mountain Out Of A Molehill!

When we dwell a little deeper into the conundrum that was faced by Bonnie Rotten and her husband Jesse James it is pretty repugnant. Bonnie Rotten who is currently pregnant with the child of Jesse James refiled the divorce papers in a Texas courthouse on Tuesday.

Alaina Hicks aka Bonnie Rotten filed for divorce on December 1 when she found that her husband was texting other women. But after her wrath evaporated she repent for the impulsive decision that she had made and filed a non-suit to cease the divorce.

“The past week has been a pretty terrible week on all accounts. I mistakenly posted my private business between my husband and I on social media. I love Jesse so much and was very hurt by what I saw when I went through his phone. In his defense and the reason I am back home is that he didn’t say anything inappropriate he didn’t talk about ‘having sex or meeting up with anyone. That’s why I am here working out the marriage that I believe in. There are things in the world with much more important than our lives”.

And towards the final note of the post, Bonnie Rotten said that she should focus primarily on her pregnancy because it is the most divine stage of one’s life. But even before acknowledging the mistake, she made by making things pretty weird, she even posted a photo of her sonogram to her Instagram story and she vehemently alleged her husband by commenting “busy trying to f-k other women” while she was pregnant with his child.

Following the second post on her Instagram, she even found her husband Jesse as ‘a disgusting human being’ and added that several people tried to warn her about the previous history of Jesse’s infidelity and indiscretions which include his marriage to Sandra Bullock.

But after these posts went viral, people across the globe were expecting a divorce soon. But to the surprise, Bonnie Rotten came up with her decision and acknowledged how sorry is she for the mistake that she had done by dragging her personal life into the public domain.

However, when we take another look into what Jesse James had to say, he vociferously denied the repugnant allegations and posted a series of photos of them both in the guise to mend their turbulent relationship. He wrote

So Jesse James has stated his stance that he didn’t try to cheat on Bonnie but he admits that he did text one of his ex-girlfriends when he was completely driven by hatred and spite after the big blowout fight.

Bonnie Rotten and Jesse James tied the knot in June in an intimate ceremony. This is Bonnie Rotten’s second marriage whereas Jesse’s fifth shot. The couple was living a healthy life and they were expecting a baby.

So in the midst of these when Bonnie found that Jesse was cheating on her it completely made her run off the rails and she chose to protest in a demeaning manner it was explicit that she just made a mountain out of a molehill.  But anyway, now even after taking things to the brim of divorce, the couple found their way back to each other and is leading a good life.

Who Is Bonnie Rotten?

Bonnie Rotten whose original name is Alaina Hicks is a former American pornographic actress, feature dancer, amazing fetish model, and director. This beautiful actress was born on May 9, 1993, and she is highly regarded as the first alt-porn star to win the AVN Award for Female performer of the year.

Bonnie Rotten aka Alaina Hicks was born and brought up in Cincinnati where she is of mixed descents including Italian, German, Polish, and Jewish.

She was so fond of her grandparents because she was raised by them. When she talks about coming into the field of pornography, her first sexual encounter was when she was at the age of twelve with a boy who was thirteen. At the age of sixteen, she had a sexual experience with multiple male partners.

Bonnie Rotten garnered publicity by going topless through the city of Manhattan in April 2015. She was such a beautiful woman in the adult industry and got the chance to appear in several music videos films etc.