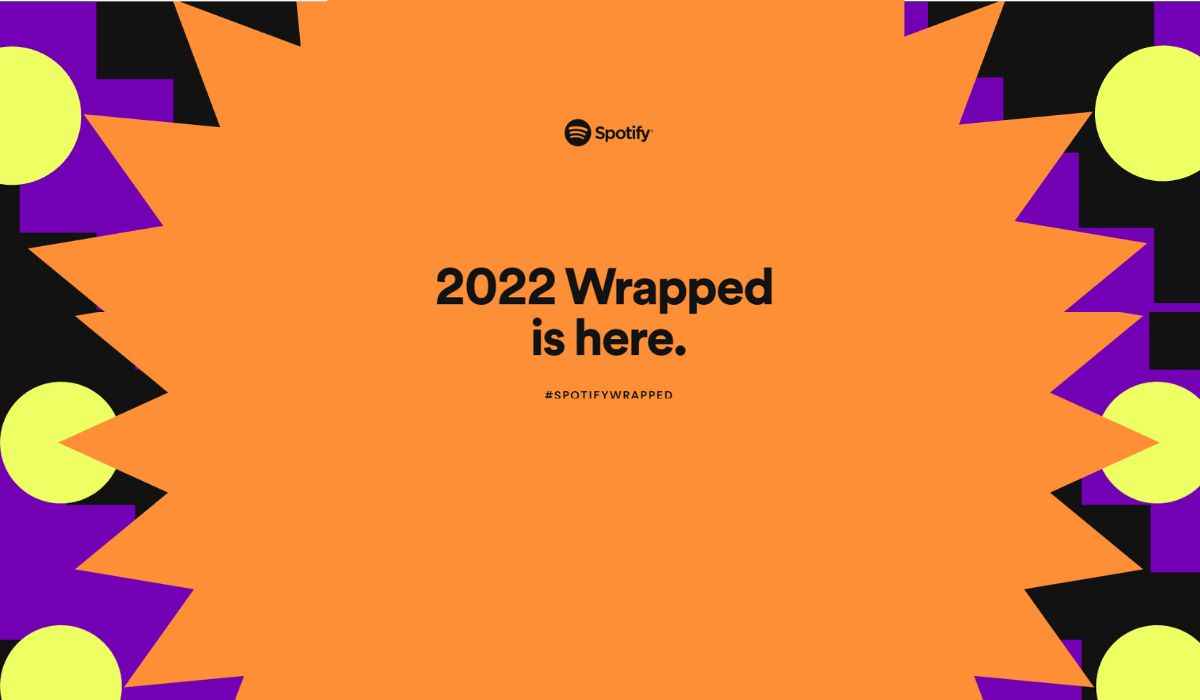 As we are heading toward the end of 2022, umpteen things are ready to approach people across the globe including a plethora of festivals and medleys of treats. The most remarkable thing that people are avidly waiting for is the Spotify wrapped 2022. So here it is and let us dive into it and explore what is waiting here with the riveting new features and more.

As we all know what Wrapped is about, it is an astounding year-end experience for the users where the app shares much riveting news related to the songs that they have been playing often in the year, the most frequent artist whom you were listening to, and the much go-to album that were playing in the whole year.

This resounding feature of Spotify is one of the biggest marketing campaigns for the company which gives a huge turnover at the end of the year. The users of Spotify would be in zestful anticipation to know about their year-end music listening statistics the whole data provided by the app makes each and every user stunned undoubtedly.

Apart from its nuanced playlist, and features, many of the users are highly admiring the app for this sort of riveting features which makes them even more interested to cling to the app. Users of Spotify are immeasurable across the globe because of the different ways it approaches its, users.

So every year it is a fixed norm that they release Spotify Wrapped and the fans with unflagging enthusiasm wait for Spotify Wrapped to drop so that they can share it with their friends and family. Furthermore, each year Spotify comes with other new features which make it even more interesting.

As we all are well familiar with the dropping date of Spotify Wrapped, was usually at the beginning of cool December. But this time they just changed their method and released the much-awaited Spotify wrapped dropped on November 30th, Wednesday. Before the dropping of the Spotify wrap of 2022, the music streaming platform was sensing the finitude of their users when the company asked their users to make predictions related to who will be this year’s top artist on Spotify.

Just like in the previous year you can check the 2022 Spotify wrapped following the same method. As we open the app, the home page will be opened and there we can see the dedicated banner available on the page.

So from there, all of the users can have their respective personalized medley of experiences at their fingertips. If this is anyone’s first time, we could let you learn about the steps that you have to follow to reach your Spotify Wrapped 2022.

Firstly make sure that the app that you have downloaded on your Android or iOs device is the updated version of it. So by opening the app you can see the dedicated banner waiting for you on your home page.

It won’t be difficult to find the tap button in the banner and with the fingertip, a page will open stating the user’s name beside the message that reads “Your 2022 Wrapped is ready. Dive deep into the music and podcasts you loved most this year”. So let you have a prosperous experience with Spotify and enjoy it to the fullest.

So after that, every user in the whole world could enjoy the medley of a scrumptious feast of what they have been doing for over a year on Spotify. This will give an unswerving enthusiasm to see the most played songs and the favorite songs of your favorite Spotify Wrapped 2022 artists, albums, etc with a bunch of other features.

Moreover, one thing every user has to bear in mind is that we could be helpless to view Spotify using a web browser. Without installing the app it would be absolutely difficult to access the most celebrated music-streaming platform.

Previously Spotify has given the chance for their users to have the experience on the website, but they chose a different path in the last few years so the Wrapped would be primarily available on the app itself. So there would be no other possible way to view 2022 wrapped without the app.

What Are The Riveting New Features For Spotify Wrapped 2022?

So when we have a glance at the previous year’s wrap they have implemented new features like Audio Aura and Playing Two Truths and a lie. So now with the release of 2022 Spotify Wrapped you can undoubtedly set the bar of expectation steep.

However, the company has decided to take you to another realm of treats this time more than featuring your most played songs, top albums, etc. So now with the release of 2022 Spotify Wrapped the company has released a riveting feature that entails Listening Personality.

So as per reports, this new ray of feature is created and is been inspired by one of the classic Myers-Brigg personality tests and follows its four-letter codes too.

So with these new features, Spotify really makes their audiences follow an easy way to share their experiences of the year on their social media platforms.