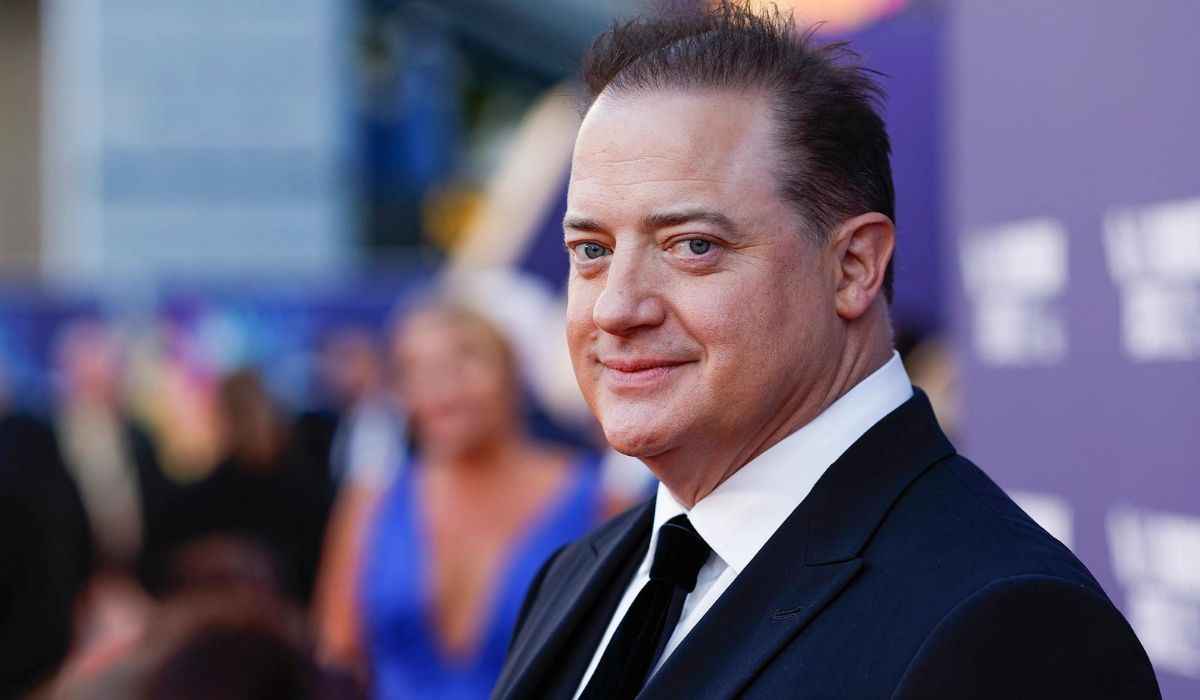 One of the most iconic faces of Hollywood in the 90s, Brandon Fraser was one of the world’s highest-paid actors at one point in his career. The Canadian-American actor was part of some of the most iconic movies of the 90s which are celebrated by movie lovers even today.

Some reports claim that Fraser earned a sum of $10- 15 million for a single movie during the peak time of his career. The actor who is best known for his role as Rick O’Connell from ‘The Mummy’ franchise is estimated to have a net worth of $20 million as of 2022.

Making a place for himself in Hollywood through some of the biggest hits of the 90s, actor Brandon Frase is a Canadian – American actor, who was born on December 3, 1968. Even though he had been a part of many hit movies and also has quite a few successful roles on television, the career of Brandon Frasercannot be described as completely smooth and successful.

The actor was born as the youngest of four boys to Peter Frase and Carol Mary in Indianapolis, Indiana. Brandon Fraser holds dual citizenship as he is a recognized citizen of both Canada and America.

Brandom Fraser completed his high school education at Upper Canada College, which is a boarding school for boys situated in Toronto, Ontario. The school is often described as one of the most prestigious preparatory schools in the country. While on vacation in London, Brandon Fraser attended his first professional theater show in the West End and that was what started his love and passion for acting.

With a high passion for acting, Fraser completed his graduation in 1990, from Cornish College of Arts in Seattle. Fraser also studied acting at a small college in New York.

Fraser had planned to apply for a Master of Fine Arts in acting from Southern Methodist University but as he got to Hollywood, Fraser dropped his plan and decided to remain in Hollywood to look for acting opportunities.

Brendan Fraser Net Worth And Salary

There are reports that claim that Brandon used to get paid around $10 -15 million for a single movie at the peak time of his career. As of 2022, the actor is estimated to have a net worth of $20 million. As mentioned earlier, Brandon Frase was one of the highest-paid actors in the world at one point, and a major share of his net worth is from his salary as an actor.

There are many reports that reveal the salary received by Fraser for different movies over time and as per the information he was paid around $1.5 million for the 1994 movie ‘The Scout’and the amount subsequently elevated to $4 million in 1999 for his movies ‘The Mummy’ and ‘DuddleyDo-Right.’

The payment Fraser received for his movies went on as high as $10 million in 2000 for the movie ‘Bedazzled’ and $12.5 million in 2001 for ‘The Mummy Returns.’ Brandon Frase received $14 million for the 2008 installment in the Mummy series.

The amount remains the highest salary received by him throughout his career as an actor. After the 2008 movie, Fraser was paid a sum of $10 million for his role in the movie ‘Furry Vengeance.’

Brandon Fraser got married to actress Afton Smith on September 27, 1998. They both met for the first time at a barbecue at actress Winona Ryder’s house in 1993. The couple lived together for some years and they had three sons from their marriage.

Griffin Arthur Fraser was born in 2002, Holden Fletcher in 2004, and the youngest son Leland Francis Fraser in 2006. A year after the birth of their youngest son, in 2017, it was officially announced that the couple was getting divorced.

The divorce settlement between Brandon Frase and his wife Afton Smith did not go as smoothly as expected for Brando. Fraser was ordered by the court to pay a sum of $50,000 as monthly alimony to Afton for a period of 0 years or until she gets married again. He also had to pay an extra sum of $25,000 monthly in terms of child support.

In 2011 Frase approached the court with a request seeking a reduction in the alimony payments claiming that he was unable o meet the payment. But his former wife Afton accused Fraser of hiding the profit he made from his movies like ‘Extraordinary Measures’ and ‘Furry Vengeance.’ In 2014, the court finally ruled out Fraser’s request.

After his divorce from his wife, Brandon moved to New York. The actor was reported to have a few issues regarding his health which made him undergo several surgeries. Fraser had to get a partial knee replacement, a laminectomy, which is a surgery that removes a portion of the vertebra called the lamina, and also a vocal cord surgery. It took Fraser quite some time to recover and be physically fit to carry on with his career.

In the year 2018, Brandon Fraser made a shocking revelation about a sexual assault that he faced during his career as an actor. He accused Philip Berk, the then-president of the Hollywood Foreign Press Association (HFPA) of sexually assaulting him in the year 2003 at a luncheon.

Brk denied the allegations raised by Fraser. The controversies relating to the assault, trauma, and legal issues regarding his divorce and also the death of his mother drained Fraser mentally and he slowly slipped into a state of depression. The weak mental health added to the physical problems that Brandon had, pushed him to take a break from his career in the movie field.

Brandon Fraser was not seen on screen for years, which gave rise to the rumor that he was banned from Hollywood due to the allegations he made regarding Philip Berk. But Fraser proved that he was not blacklisted and he is planning a comeback with s strong role in an upcoming movie titled ‘The Whale.’

The Comeback Through ‘The Whale.’

The announcement about an upcoming movie titled the ‘The Whale’ which starred Brandom Fraser in the lead role came in January 2021. In the movie, It was reported that Brandon Fraser will b playing the role of Charlie, who is a 600-pound gay man who faces many struggles regarding his relationship with his daughter and also with his health.

It was the first movie since 2013, where Fraser appeared in a leading role. The movie premiered at the Venice International Film Festival in September 2022, where Fraser received a six-minute standing ovation. Fraser was in tears upon seeing the reaction that followed the premiere.

With such as successful acting career, Brandon Fraser received a number of nominations for different awards throughout his film career and he has also won some of these popular awards. Fraser was nominated for awards like the Hollywood Film Festival awards, National Movie Awards, Teen Choice Awards, Kid’s Choice Awards, and so on.