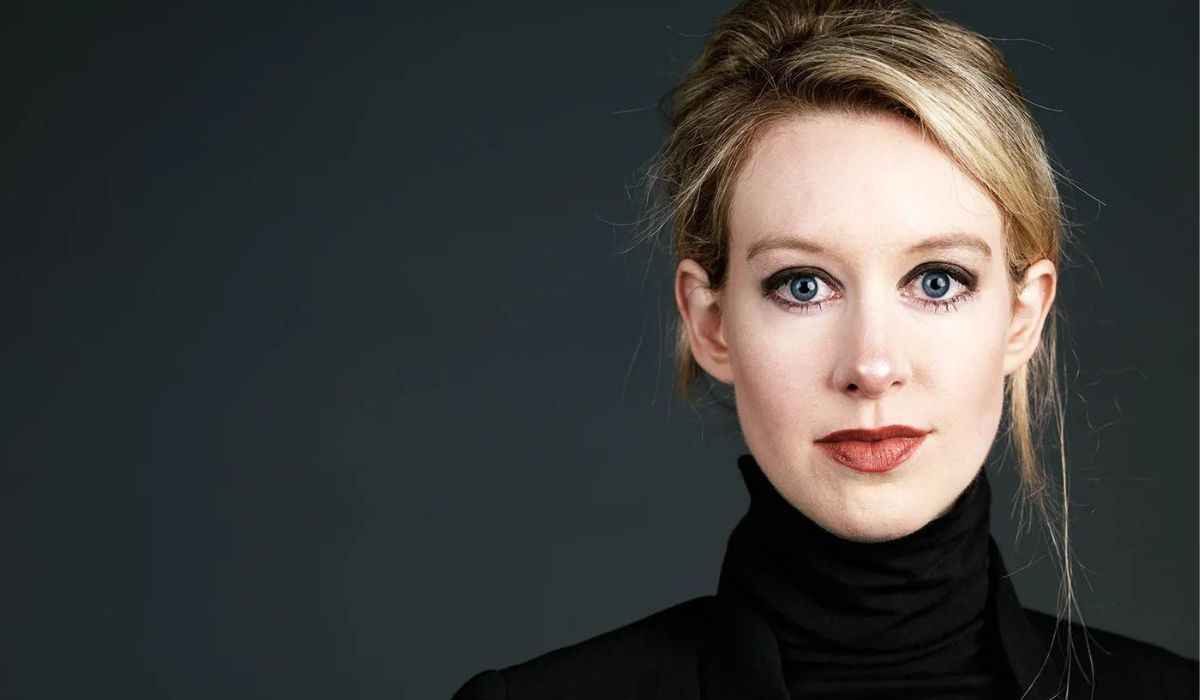 Once named the world’s youngest self-made women billionaire by Forbes, Elizabeth Holmes has a net worth of $0 as of November 2022. The transition of Elizabeth Holmes from the list of wealthiest people in the world to ‘The World’s 19 Most Disappointing Leaders’ happened when the truth about her company Theranos was brought to light.

The American entrepreneur was born on February 3, 1984. Elizabeth Holmes was born into a well-privileged family. She was born in Washington DC as the daughter of Christian Rasmus Holmes IV and Noel Anne. Her father was the vice president of Enron.

Enron was an American energy, commodities, and services company which was based in Houston, Texas. The company went bankrupt after an accounting fraud scandal in October 2001. Her mother was a respected woman who held positions in government agencies such as USAID, the EPA, and USTDA.

Elizabeth Holmes belonged to the family of Charles Louis Fleischmann, who was the founder of Fleischmann’s Yeast. He was her paternal great, great, great grandfather.

Elizabeth Holmes completed her formal education at St. John’s School in Houston. Elizabeth Holmes was interested in computer programming from her school days and there are claims which state that Elizabeth used to sell C++ compilers to Chinese universities, which is acclaimed to be her first business venture.

Elizabeth Holmes Net Worth And Salary

Once named the world’s youngest self-made women billionaire by Forbes, Elizabeth Holmes has a net worth of $0 as of November 2022.

As the news about the innovation became more public, Holmes was able to raise funds for the company and the value of Theranos soared.

This not only increased the value of the company but also gave people the impression that the company was a credible one, with investments from famous people too. Many influential figures like the former secretary of state George Shultz, retired Marine Corps four-star general Jim Mattis, politician Betsy DeVos, and Henry Kissinger were recruited for their support for the company.

Elizabeth Holmes became a very strong name over a very few years. She went on to announce their partnership with Walgreens, which is one of the largest pharmacy store chains in the US.

Forbes was appreciated for her innovations by many and she went on to appear in some of the most prestigious magazines like Forbes, Fortune, Inc, and T: The New York Style Magazine. In the 2014 Forbes 400, which is a list of the 400 wealthiest Americans, Elizabeth Holmes was ranked 110.

The downfall of Elizabeth Holmes began with an article that was published in The Wall Street Journal. It was the work of the famous journalist John Carreyrou that brought light into the dark dealings of Elizabeth Holes.

John Carreyrou was approved by some medical experts who raised suspicions about the blood testing device of Theranos. John was keen to find the truth behind the information set out on an investigation about the company and its device.

Carreyrou talked to some of the e-employees and started digging up as much information as he could lay his hands on. When Holmes came to know about the investigation, she threatened the journal and her former employees on legal and financial grounds through her lawyer.

Despite her threats, The Wall Street Journal published the article by John Carryrou which made some groundbreaking revelations. The article made it clear that the results obtained through the Edison blood testing device of Theranos were inaccurate and that the company had been using machines developed by other companies for testing and batting the desired results.

Must Check: Nick Cannon Net Worth- Is the Cannon Family A Billionaire?

Even though Elizabeth Holes denied all those allegations against her and her company Theranos, charges were pressed against Holmes and her company. The Centers for Medicare and Medicaid Services (CMS) sent a warning letter to Holmes following the revelations from the article. In 2016, CMS banned Holmes from owning, operating, or even directing a blood-testing facility for two years.

Subsequently, Walgreens announced the termination of their deal with the company and in 2017, Holmes also had to face a lawsuit filed by the State of Arizona for selling around 1.5 million blood tests to citizens of Arizona without completely revealing the information about the test.

The complete downfall of Elizabeth Holmes and her enterprises was marked on May 16, 2017, when almost all shareholders of her company Theranos decided to dismiss their present and potential litigations with the company for an exchange of shares of preferred stock. Finally, on September 5, 2018, the company announced that it was formally dissolving and the remaining asset was to be distributed to its creditors.

Elizabeth Holmes was born into a rich and influential family. Elizabeth Holmes was passionate about business right from her school days and she was deeply influenced by the ideas of Steve Jobs, who was the founder of Apple. She admired Steve Jobs very much that she tried to bring more of him into her life.

She even imitated Steve Jobs in her dressing style, copying his iconic black turtle neck. Elizabeth Holmes also often made public appearances in black turtlenecks just like Jobs did. While enquiring about this, Holmes replied that her mother used to dress her in the same type of outfit during her younger days but a former employee had revealed that it was just an imitation of Steve Jobs.

Holmes was also questioned about the voice that she used while speaking in public space. She often spoke in a deep voice but a former colleague of hers revealed that Holes used to speak in a voice that was commonly seen in women when he was welcomed by her at the time of his joining. Her family backed her, saying that the deep voice was her natural voice.

Elizabeth Holmes was in a long romantic relationship with Ramesh ‘Sunny’ Balwani, who was a Pakistan-born Hindu. They both met in Beijing during the summer Mandarin program of Stanford University. They were just teenagers when they met. Ramesh was already a married man. He divorced his wife in 2002 and became involved with Holmes completely.

Sunny was actively involved in the running of the company and was the COO of the company. Balwani left the company in 2016, in the wake of the investigations. He claims that he left on his own but Holmes claims that she fired him. Later, Holmes testified that the relationship with Balwani was abusive.

After the downfall of her company, Elizabeth Holmes got engaged to the heir of Evans Hotels, William Billy Evan. Even though it has not been officially confirmed by the couple, there is news that they got married in a private ceremony. Holmes gave birth to a son in 2021.

Who is Melanie Martin? Aaron Carter’s Girlfriend and Ex-Fiance