Joey Defrancesco, the munificent Jazz Organist, saxophonist, and trumpeter of America died on...
HomeNewsWho Is Ronald...

Who Is Ronald Flowers? The Man Who Survived The Killer Jeffrey Dahmer 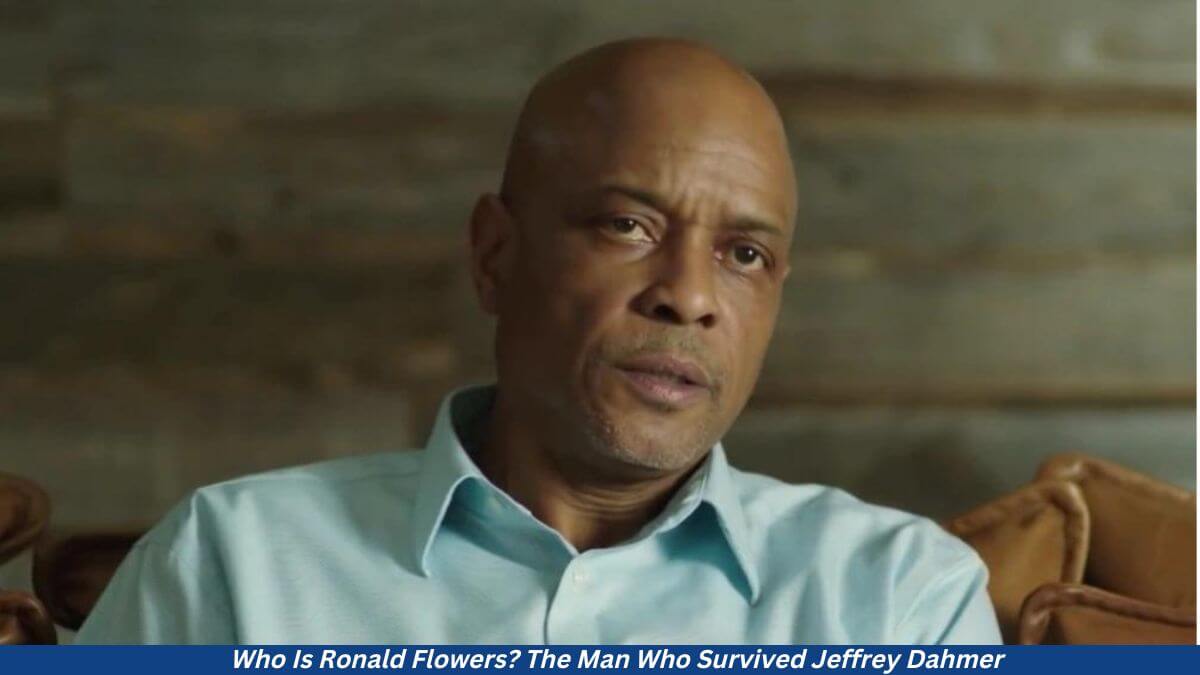 Ryan Murphy’s Monster: The Jeffrey Dahmer Story is now on Netflix. Although the series gave us an idea about how not a child should be raised and how poor parenting results, it also has another side, where it talks about the true victims, whose traces are hardly left behind in the world- one being Ronald Flowers It recounts the story of the cannibal, Jeffrey Dahmer, and follows his reasons for committing such fierce and ruthless murders.

What Happened To The Survivor Jeffrey Dahmer?

Indeed, the true docu-series has not justified Dahmer’s psychic actions, instead, it solely aims at bringing information content, rather than creating a sensational TV series.

Yes, it is named after the notorious serial killer, but it’s not just him and his story: It’s the repercussions, the way how the big-mouthed society failed multiple tries to stop Dahmer because of homophobia, and racism.

Although the series gave us an idea about how not a child should be raised and how poor parenting results, it also has another side, where it talks about the true victims, whose traces are hardly left behind in the world- one being Ronald Flowers. The only difference is that he was not dead, for he managed to escape from the captivity of the ill-famed killer.

Since the show was successful enough to focus beyond the murders, while delving deep into Dahmer’s back story, we have managed to acquire more than enough details about the only lucky captive, and his unparalleled experience.

Who Is Ronald Flowers?

Ronald Flowers was an adult man- at that time-  who was captured and captivated by Jeffrey Dahmer, who succeeded to escape even after being heavily intoxicated. Since Dahmer’s main focus was men from the ethnicity of gay, it becomes needless to mention that Ronald Flowers was gay and was not so different from the remaining victims he killed.

How Did Ronald Flowers And Jeffrey Dahmer Meet?

In the ’90s, when the incident took place, Ronald Flowers was residing in Lake County, Illinois. When we tell the story, it might feel like a film plot, whereas in reality, it is not.

On April 2, 1988, Ronald Flowers went to one Milkauwee to borrow a waterbed from his pal, but ended up in an empty parking lot, with a car that wasn’t being convinced to start. By then, all of his friends were already dismissed from the spot, unintentionally paving the way for Dahmer to turn up as an angel.

Dahmer simply put on the mask of a ‘nice guy’ and offered Ronald Flowers a lift in his car to his grandmother’s house, from where they can take another car, drive it separately and come back to jump-start Flowers’ car.

When the two reached the grandmother’s house, Dahmer prepared a hot coffee for Flowers and he happily accepted the drink. After a while, Flowers found himself wrapped in wounds in a hospital bed, and he was also missing his wallet and bracelet.

Apparently, Flowers realized what happened and immediately reported the alleged incident to the police. He then directed the police to Dahmer’s home, but the further move wasn’t taken by law enforcement.

According to the Netflix series, Flowers meets Dahmer sometime after a year, but when asked Dahmer says he had no acquaintance with Flowers. Luckily, Flowers saw Jefry taking some other guy to his car, but he stopped the person from getting in the car, calling Dahmer crazy. It caused the third person to walk away.

Also Read: Who Was Tony Hughes? How Did DAHMER – Monster Kill Him?

When Flowers initially knocked on the doors of the officials, he was nearly shut down by a few policemen’s incompetence.

What Happened To Ronald Flowers?

After drinking the coffee wherein Dahmer had upped the consumption, Flowers turned unconscious. In the hospital bed, he was lying helpless and bruised. But when looked down, Flowers found his underwear inside out, indicating that Dahmer, who was gay, had sexually exploited him, while he was at Dahmer’s house.

As per Flowers, what he remembered was the piercing stare of Dahmer, as if he was waiting for something to happen. He also recalled the last footsteps of Dahmer, following which Flowers himself tried to crawl forward.

Shortly after, Ronald Flowers told the police that Dahmer only spared his life, because his grandmother was aware of his presence. If only she was not there, the world would have taken even more time to identify and punish Dahmer, the notorious serial killer.

Noticing that Flowers confirmed his distrust whether he was intoxicated or not, there was no doubt regarding the sexual abuse as the suspicion was on point when Flowers discovered blond hair within his underwear.

However, Dahmer stated that he had a consensual relationship with Ronald Flowers, and denied the accusations of sexual abuse, to the police, and neither did they find any leading clue from his house, ultimately failing to ascertain whatever was claimed against Dahmer.

What Was The Involvement Of The Police?

Previously, police were careless about the lawsuit, but when he insisted, they questioned Dahmer, who asserted they had only shared a couple of drinks at his home, and no usage of drugs was practiced. Dahmer even swore that Flowers insisted on coming home, eventually convincing him to agree.

However, the police were not persuaded by either Dahmer or Flowers, as they were unable to find a solution, since no evidence was found.

Where Is Ronald Flowers Now?

In the documentary, Jeffrey Dahmer: Mind of a Monster, Ronald Flowers recalled the time spent with the serial killer and called it “sheer terror.”

While Flowers was summoned to the court for his testimony, he was serving as a counselor at Lake County. By the time, he was an expert in spotting signs of mental illness and developmental disabilities in individuals, but Dahmer was a mastermind, and he left Flowers literally clueless.

However, Flowers had no intention to get into the spotlight as he was more into leading a normal and simple life.

Outside the court, Flowers felt uncomfortable talking about the infamous killer, who has traumatized a number of victims including him. Since he was not ready, we lack further information about his whereabouts but we assume Flowers to be leading a life of his thoughts.

Ryan Murphy has added every other element which was necessary for the documentary to feel complete. Therefore, it has all the major parts covered, regarding the acquaintance of Ronald Flowers and Jeffrey Dahmer.

The limited-run series is available on the streaming behemoth, Netflix.