Joey Defrancesco, the munificent Jazz Organist, saxophonist, and trumpeter of America died on...
HomeNewsWho Is Christopher... 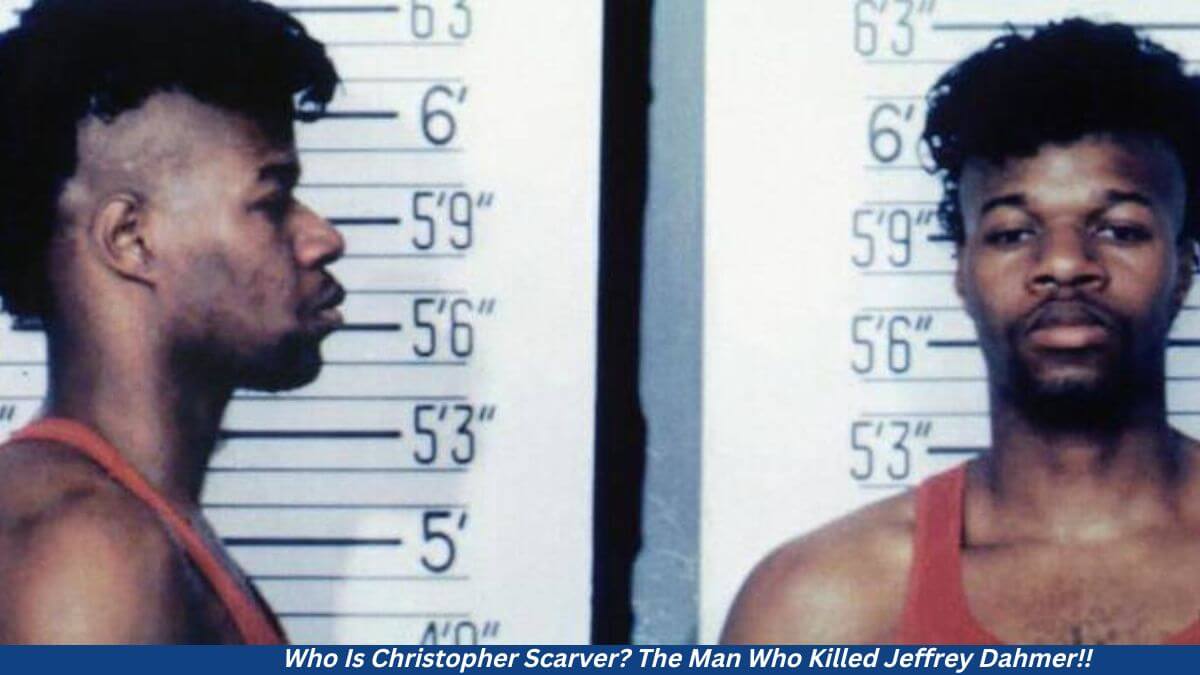 Murder is not a thing that we have no regard for or is not something that we find justifiable. But when the world came to know that Jeffrey Dahmer, the serial killer who horrified the world was killed in prison, people didn’t feel the need to condone it or find it an injustice. Because when the world found out what Dahmer had done, the world wanted him dead and it happened at the hand of a person called Christopher Scarver.

So who is Christopher Scarver? The person who ended the life of America’s most horrifying serial killer Jeffrey Dahmer. Find out the answer in this article.

Who Is Christopher Scarver?

After dropping out of school, Christopher became addicted to alcohol and his drinking addiction made his mother kick him out of their home. Shortly after this, he was hired as a trainee carpenter at a Wisconsin Conservation Corps job program.

Scarver said that his supervisor Edward Patts has promised him that upon completing his program, he will be hired as a full-time carpenter but then Patts refused to hire Scarver. After he was left with no job, Scarver became more addicted to alcohol. He started becoming mentally unstable and started hearing voices calling him ‘the chosen one.

When Scarver found Lohman, he demanded money from the supervisor at gunpoint and Lohman gave $15 to Scarver for his demand.

This made Christopher very enraged and he shot Lohman in the head and killed him. He then demanded money from the site manager John Feyen and when Feyen hesitated to give the money, Scarver shot Lohman twice again.

Also Check: Who Is Lionel Dahmer? All About Jeffrey Dahmer’s Father?

Feyen gave Scarver $3000 and after getting the money, Christopher ran away. In 1992, Christopher Scarver was convicted of murder and sentenced to life in prison at the Columbia Correctional Institution in Portage, Wisconsin.

Christopher Scarver was convicted of his second and third murders in 1994, two years after he was sentenced to life in prison. On November 28 of this year, Scarver was assigned to work with two prison inmates and one of them happened to be Jeffry Dahmer.

The other one was a murderer named Jesse Anderson who was sentenced to life in prison for the murder of his wife. It is said that the three murderers were assigned to clean the prison gymnasium toilet and the officers had left the three of them unattended while they were working.

Scarver killed both Jeffry Dahmer and Jesse Anderson by beating them with a 20-inch that he had removed from one of the equipment in the gymnasium room.

Why Did Christopher Scarver Kill Jeffry Dahmer? What Was His Motive?

Christopher Scarver killed Jeffry Dahmer, the horrendous serial killer in November 1992. Jeffry Dahmer was sentenced to life in prison in 1992 and he has stayed isolated in the prison for a year. During this time, neither Jeffry nor Christopher gained each other’s attention.

Some indicate that this can be the motive behind Christopher’s killing of Jeffry Dahmer and Jesse Anderson and it can be both. Christopher once said that he had heard voices telling him to kill Jeffry Dahmer for the crimes he had done and this is why he killed Jeffry Dahmer.

After he was convicted of the two murders, he was given two more life sentences. In an interview given by Christopher Scarver in 2015, he confesses that he killed Jeffry Dahmer because he found Dahmer to be unapologetic for the crimes that he has done.

Where Is Christopher Scarver Now?

Christopher Scarver is still in prison and he is serving his life sentence in Centennial Correctional Facility in Colorado after he was relocated from Wisconsin Secure Program Facility.

He was located from the Wisconsin Secure Program Facility after Scarved a suit file against the facility officials saying that he was subjected to unusual punishment and was tortured by the officials.

His years in prison made Scarver more religious and he started writing poems and books. In 2012, it was announced that Christopher Scarver will release a book on his murder of Jeffry Dahmer.

Also Read:
Who Was Tony Hughes? How Did DAHMER – Monster Kill Him?