Joey Defrancesco, the munificent Jazz Organist, saxophonist, and trumpeter of America died on...
HomeNewsThe Cw Will...

The Cw Will End Stargirl After Its Third Season 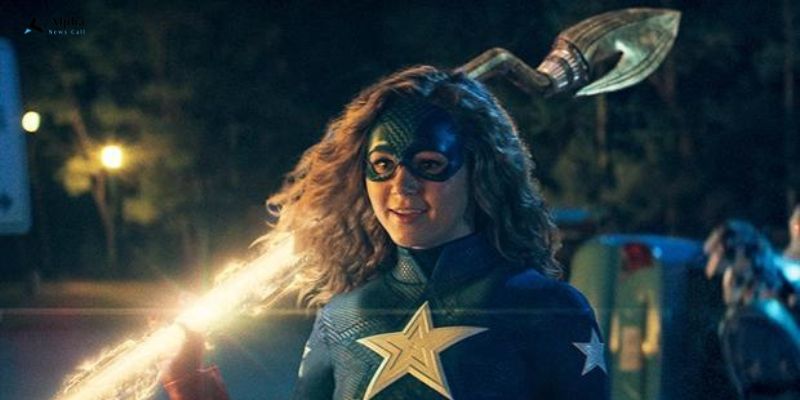 It is true that season three of Stargirl would be the show’s last season, as the series joins the likes of The Flash, Riverdale, and Nancy Drew. These mentioned series would all be coming to an end on The CW.

Stargirl Will End After Its Third Season

Stargirl is the series that is currently airing its third season and it would be the end of the series. As per reports, the new episodes would be aired in the coming days on Wednesdays through December 7, and the show will air its series finale episode.

It was already believed that the team behind Stargirl gave an indication that season three would be the final season and they are in the brim of writing an appropriate ending that would be satisfying to all its audiences so as to conclude the series completely.

Stargirl was created by Geoff Johns and it was widely acknowledged by all this news would be really repugnant for all the audiences of Stargirl. The cancellation of the shows really comes following Nexstar media group’s acquisition of the CW and this was really followed by the cancellations of some of the latest in a string of cancellations of networks in 2022. So as per sources, in addition to the cancelation of The Flash, Riverdale, and Nancy Drew, The CW has decided to cancel some of the other riveting shows including, Batwoman, 4400, Charmed, Naomi, Roswell, New Mexico, Dc’s Legends of Tomorrow, Dynasty, Legacies, and finally In the Dark.

The creator behind Stargirl Geoff Johns stated that “ Stargirl has always held a special place in my heart for many reasons. With all the brewing changes in the network, we were aware this was possibly the last season, so we wrote with that in mind and have delivered what I believe to be the best season of Stargirl yet, with complete creative closure. The cast and crew were extraordinary and I would like to thank them for helping me bring this series to life”.

Stargirl Brec Bassinger also shared her passionate thoughts about this series where she was the titular character who just nailed it with her enthralling performance. She was super astounded by this character and now the series is going to end is something that is absolutely unsatisfying, but since they have no option all of the cast and crew of Stargirl should have to abide by it.

So Brec Bassinger with a leaden heart quoted “Getting to play Stargirl and be a part of the DC Universe has been the greatest honor, and I am so grateful for every moment of it. I would like to thank our fearless leader Geoff Johns, along with WBTV, The CW, the cast and crew of Stargirl, and of course, the fans. Thank You. This show will forever live in my heart”.

Stargirl series at a glance

DC’s Stargirl is one of the highly acknowledged and most astounding series with a totally intriguing and riveting superhero story revolving around a high school student. Created by Geoff Jones and Lee Moder this American superhero television debuted on the streaming service DC Universe.

So the DC Universe ordered this extraordinarily scrumptious series in July 2018. After that, after searching for the perfect titular character Brec Bassinger got the opportunity to be the Stargirl in that September 2018. The additional casting was cleared up by 2019. So when the cast was all set the filming of the series commenced in March 2019 on the outskirts of the Atlanta Metropolitan area.

So after their massive efforts, Stargirl got premiered on DC Universe on May 18, 2020. So the first season entailed a string of thirteen episodes and it also got aired on the broadcast network The CW too.

Following the success of the first season, the series decided to renew for a second season, and on August 10, 2021, the second season was aired and was subtitled Summer School. After receiving a slew of lauds from the audience, they decided to go for a third shot and on August 31, 2022, the third season of Stargirl premiered with the subtitle Frenemies.

The Stargirl with its three seasons was highly remarkable and the audiences were highly satisfied with its plot and how the way it made it through. But in October 2022, the team behind the series announced that the third season will be its last and this news was really disappointing to the Stargirl fans. As the creator has said the reason for this sudden decision, we could conclude that Stargirl was totally a good fictional fantasy entertainer by all means.