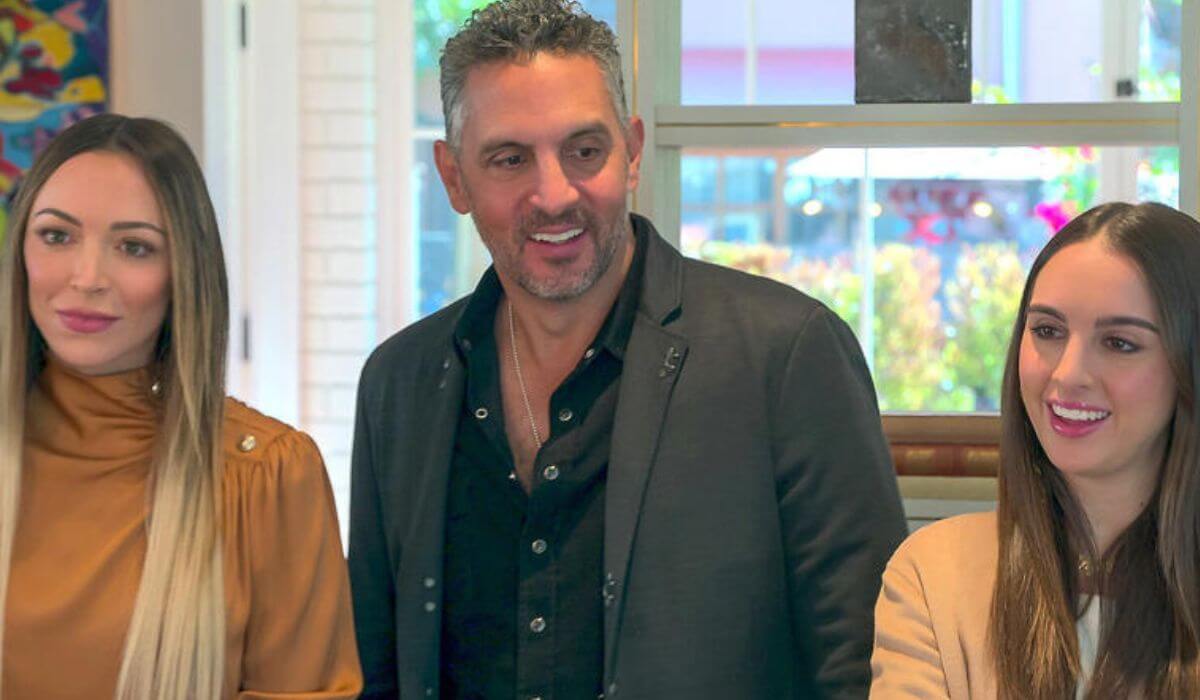 Buying Beverly Hills streaming will be done on the online streaming platform Netflix on November 4, 2022. The Umansky family will be seen expanding their business and dealing in some of the lavish real estate properties. Not only this, but the show will also equally be displaying some drama and office romances as well. The filming location of the show in Beverly Hills, California.

Buying Beverly Hills is a 2022 Netflix-released American reality television series. The country of origin is the United States with English as its original Language. The original distributing network of the series is Netflix.

The production companies involved with the show are Wheelhouse’s Spoke Studios and Just Entertainment. The show will be putting its prime highlight on the Umansky family and will be a blend of glamour, real-estate deals, high-class buyers, relationship drama, dark family secrets, and office drama.

Buying and selling real estate in Beverly Hills is not a piece of cake but comes with its own prices and professional upheaval.

Buying Beverly Hills release date is November 4, 2022. The show will be released on the online streaming service Netflix. It will be having forty-minutes long episodes which will all be available to stream by the audience on the day of its release.

Buying Beverly Hills plot revolves around the Umansky family and the handling of their family business which the show’s lead character Mauricio Umansky has managed to bring to great heights over the years but now he will be assisted by the other members of his family.

Alexia Umansky and Farrah Brittany will be boss daughters joining the hustle. It will be a perfect blend of business and some scandalous office romances and high-class shiny parties. Buying and selling properties in California is not an easy task.

Where To Watch Buying Beverly Hills?

Once the series’ official release is done it will be available to view on other pirated online streaming websites available online. The viewers can also view other similar shows like Selling Sunset, the real housewives of Beverly Hills, Selling the OC, and many more on Netflix.

Buying Beverly Hills cast includes the show’s main cast members including the Real-estate Mogul named Mauricio Umansky, who is the head of one of the successful Beverly Hills real estate companies having different agencies and offices built around the globe.

The other important characters that will be joining Mauricio Umansky are his daughters Farrah, who also happens to be a senior realtor at Mauricio’s agency, and his second daughter, Alexia, who has been one of the recently hired members at the agency.

Netflix’s reality television series have always managed to gain the interest of the audience a lot. The quality of content has always been considered remarkable and it is expected that the upcoming series will also be setting a high bar.

Given the popularity achieved by Selling sunset and selling Oc, it is only fair to say that Buying Beverly Hills will also reach the heights of success. The revealed plot, storyline, and cast l very promising and have attracted the attention of the fans.

Netflix’s original Twitter account running under the handle @Netflix recently posted a Tweet reading, “Buying Beverly Hills is a new docusoap coming this Fall that follows the agents and clients within Mauricio Umansky’s elite real estate firm The Agency in Beverly Hills, a team that includes his daughters Farrah Brittany and Alexia Umansky.” along with a picture of Mauricio Umansky.

Not only this, several posts and tweets have been making rounds all over the different social media platforms. The hashtag #BuyingBeverlyHills has recently created a buzz online and fans are readily looking forward to the upcoming show.

The released trailer of the show has also become quite the topic of discussion and appreciation, the revealed cast and clips of the to-be-released episodes look very promising and exciting. Fans are keeping high hopes of Buying Beverly Hills.

What To Expect From Buying Beverly Hills?

Like Netflix’s other shows, Selling Sunset, and Selling the OC this upcoming show will be taking the audience through some of the most top-class lavish properties of Beverly Hills, California. Not only this, but the show will also be giving away an equal amount of office drama and romances.

The main cast members that will be taking the spotlight in the upcoming Netflix reality television series are Mauricio Umansky, Alexia Umansky, and Farrah Brittany. Fans will be seeing similar faces from the Real Housewives of Beverly Hills.

Kyle Richard’s husband Mauricio Umansky will take the primary spotlight in the upcoming show. He will no longer be one of the supporting characters but has managed to build a successful business empire over the years.

Leading the prestigious Agency, Mauricio has managed to crack some of the mega deals over the years including that of the Playboy mansion and the Walt Disney estate.

Alexia Umansky will also be joining his father, working as an assistant in some of the highly-known Real estate agencies Alexia has managed to gain a lot of experience and will now be seen by his father cracking some deals and expanding their business. The audience will also witness Mauricio’s stepdaughter Farrah Brittany in the upcoming episodes.

Buying Beverly Hills episode guide has not yet been given by the directors of the show. According to the released information, the exact episode count of the series is not yet surfaced but the average run length of each episode is going to be forty minutes.

The filming has primarily been done in the English language, but the show will be available to stream in other dubbed versions as well. Netflix will be dropping all its episodes in one single go on the actual date of its release, it will not be following a weekly release pattern as such the fans will not have to wait for the episodes for long and will be able to enjoy and binge watch the show in one single go.

Buying Beverly Hills trailer was released on 7th October 2022. The two-minute-long trailer opens with a montage of clips of some overly expensive million dollars mansion. It also displayed the three main cast members Mauricio, Alexia, and Farrah closing deals and dealing with their clients.

Glamourous parties, tears, self-doubt, workload, and drama are also deep-rooted in the trailer. The trio will be seen going through drama in both their personal as well as professional lives. In between the shots, Alexia was seen having trouble and being emotional about the quality of work that she was putting in whereas Farrah was seen dealing with her own personal love life.

The trailer looks quite juicy, scandalous, and promising. It ended with the announcement of the show’s official release date which is November 4, 2022.