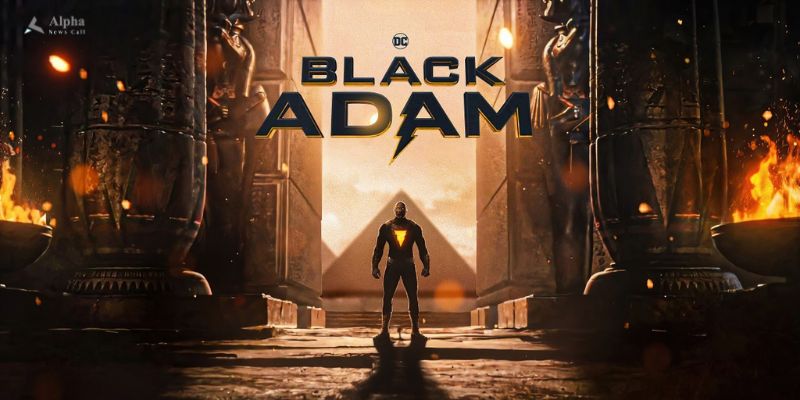 Black Adam is one of the latest action/fantasy movies that was released on October 20, 2022, that was expected to be at the hierarchy of power in the DC Universe and is receiving several critical acclamations because it failed to meet the high expectations of the people across the globe.

Dwayne Johnson is the central iconic character in the movie and he is landing low as per reports. But despite its flaws, Dwayne Johnson is one of the outrageously talented actor’s movies and it is worth a one-time watch.

We have to say sad about the black adam review, the paper-soap-thin script fails to meet the expectations of its audiences and it miserably failed to foam up to display a complete entertainer. But when it comes to the action sequences it is undoubtedly a treat to the eyes. Dwayne Johnson’s action sequences are indeed enrapturing.

DC’s origin story entails a thrilling super-violent anti-hero this film is struggling to find the answers in its long string of non-stop action series. The whole movie and the way its plots revolve it felt like this was made a few years ago, or even decades ago. This film is beyond the timeline where superhero movies came into the field.

Lots of flashy fluorescent light effects and the action sequences it follows are mesmerizing to a great extent. When we take an overall view of Black Adam it just way too differently frizzles out. But we cannot say that it was a bad experience to have watched this movie, there are some good aspects of it here and there, and it is worth a shot for one single time.

Who’s who in Black Adam

Dwayne Johnson is the central character in the movie and as we all know he is playing the titular role of Black Adam. other than Dwayne other cast includes Sarah Shahi as Isis, Noah Centenio as Atom Smasher, Jennifer Holland as Emilia Harcourt, and Aldis Hodge as Hawkman.

There are other prominent characters in the movie who has played their best part. The above-mentioned characters really had remarkable roles in the movie and people have mentioned each of their roles’ nuanced performances.

Must Read Who is Black Adam: Hero or a Villain?

Hawkman is the punching bag in Black Adam

The main figure is a member of the Justice Society Hawkman played by Aldis Hodge would vehemently oppose the violent ways of Black Adam. The character by Hodge, as Hawkman feels irrefutably criminally underdeveloped. As we all know Hawkman has notoriously esoteric background stories in all of the numerous comics, so it is precisely understandable that the writers of the movie did not have dwelled much into it as it seems pretty plodding and prosaic.

Here in this movie, Black Adam is the anti-hero, and Hawkam serves literally as the punching bag. Both metaphorically and physically Hawkman becomes the punching bag. In the movie, majority of the scenes he gets kicked off his bird but. And moreover, Hawkman vehemently tries to persuade Black Adam to behave and abide by the rules of being a typical hero. So in the movie, the disparate roles he wears, this has inadvertently made the Hawkman a hypocrite and he has no answers when he was questioned by hordes of people from the wartorn country.

Black Adam directed by Jaume Collet Serra seems undoubtedly a bit too much to handle and it really feels underdeveloped with overstuffing so many unwanted sequences. This movie is worth only a one-time watch because it gives more than one could chew.

Black Adam and its action sequences

As it showed in the trailer it was expected to be a massive hit on the DC’s hierarchy of powers in portraying an action, fantasy drama. The plot of the film revolves around the four members of Justice Society and as usual a Villain for them to evade and fight. This is indeed a trite and frivolous plot to entail in a new action thriller as it is so archaic.

The relentless barrage of several action scenes was too much to handle. Everyone like action sense as it invokes our sensory organs and often results in goosebumps. But here when we the taken the action sequences, yes it was good for the eyes to an extent, but after that, it seemed so prolix and prosaic.

As the part of Black Adam review, I am saying that There is nothing wrong with a superhero movie that entails enthralling and resplendent sequences. Most superhero movies would be driven by action and typically as cliche as it may sound, the hero would be often attributed with some sort of superman-level traits.

But in this movie, the same kind of action is reiterated and Black Adam often engages in combats with people who could be snapped off easily. It would be better if an enemy who could withstand Black Adam for quite a long shot could really enhance the viewers’ minds by adding little action-spicy scenes. But in this movie, the enemies who come in front of him would get easily beaten off, so it would be really helpful if he could face an enemy face-to-face who is not that easy to get snapped off in half-time.

But the interesting factor in the film is its cyclone’s beautiful and riveting twisters. This was a unique joy to watch and definitely they could be capable to add some nuanced hues to the visual palette of the film.

Except for this fact, the overindulges by packing umpteen undeveloped characters made the film not enjoy after a certain point in the DC’s anti-hero debut. So it is all lost in the cacophonies of the film what it means to be a hero and Black Adam in spite of his ardent tries to get into the power hierarchy could never manage to find its spark.

Must Read The Witcher: Blood Origin Release Date, Plot, And Everything We Know So Far!

As Black Adam Review say’s this movie revolves around the characters from DC, people would expect more from it and if the film fails miserably to meet the expectations, there is no way that they can make it up to the audiences. Out of all these facts, Black Adam is a good movie for a one-time watch, but the experience the movie put forth would never cling to our minds and we could never take anything back home after watching this movie.