Who is Black Adam: Hero or a Villain? 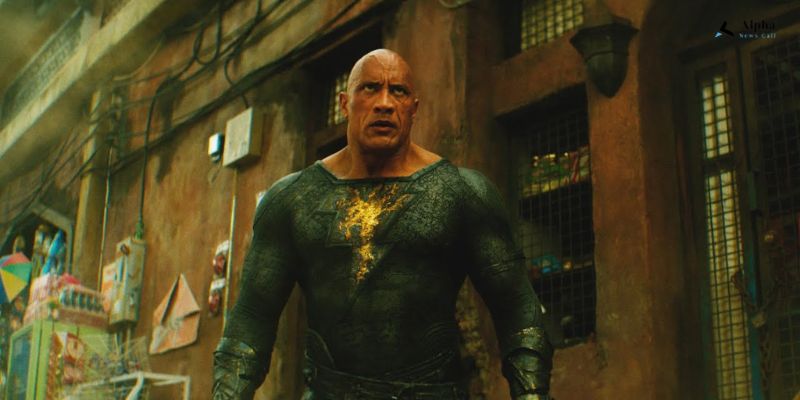 The DC Extended Universe’s twelfth installment, the movie titled ‘Black Adam” is all set to hit the big screen in October 2022. With Dwayne ‘The Rock’ Johnson playing the title role of Black Adam, the world is curious to know more about the not-so-familiar superhero. Here is all you need to know about DCEU’s upcoming film Hero, the ‘Black Adam’.

Who is Black Adam?

Who is Black Adam Hero or a Villain, Black Adam is a character appearing in the American comic book published by DC comics. The character was created by Otto Binder and C.C Beck. The debut of Black Adam through DC comics was in the year 1945, in the issues of Fawcett’s comic ‘The Marvel Family’. The character Black Adam had only one appearance in the comic during the Fawcett era. Originally, Adam Black was an ancient Egyptian named Teth-Adam. He was a slave in the imaginary nation of Kahndaq.

Teth-Adam/Adam Black was chosen by the wizard to be his successor after the time of the wizard. As the purity and morality of Teth-Adam were questionable and not as pure as intended, the wizard later chose Billy Batsin to be his successor. This action made Teth-Adam furious. He tried to get back at the wizard through his powers. By saying the magic words “Shazam!”, Teth-Adam transforms into Black Adam. With his powers, Adam Black tries to kill the pharaoh and take over the throne of the Kingdom. His actions make the wizard angry and later, as a punishment for his betrayal, Adam Black is sent to a distant star.

Black Adam spent the next 5000 years flying back to Earth to take on his then-enemy Bill Bastin. During their encounter, Bill tricks Black Adam to say the word Shazam. The word reverts from Black Adam to Teth-Adam, who is easily killed by Bill Baston.

Is Black Adam a Hero or a Villain?

Certainly, the answer to this question is complicated. The qualities and character of Black Adam will vary according to the comic on which we select to focus. Through his introduction, Black Adam was strictly made to be a villain character. He was pure evil when he used his powers to kill the Pharaoh of Egypt and take over the throne. But it is quite surprising to note that Black Adam also has a very peculiar character when it comes to justice. Ironically, the same evil Black Adam has also fought in both Justice League and Justice Society and also along with many other heroes.

In the latest comic books, Black Adam is not a cruel villain but he is depicted as a character that is trying to re-work his reputation as cruel. In fact, this can be seen as the exact nature of our hero, Black Adam. He definitely was a villain who has done some really cruel things in the past but he was also a part of the fight for justice and that too, he fought for justice. Being a bit confused, Black Adam could be seen as a villain who is trying to change his path somewhat into a heroic one.

The movie titled ‘ Black Adam’ which is set to release in October 2022 will also focus on the anti-hero quality of the character rather than making him a villain. The movie is said to follow the original story behind the origin of Black Adam which most people are familiar with. The movie’s trailer reveals that the Justice Society is also a part of the highly anticipated movie.

In the comic book, the costume of the hero resonates with that of his attire. The hero appears in an all-black suit with elements of gold. The dark black suit also has an iconic lightning mark on the chest of the hero. Just like most superheroes, Black Adam also has a cape which is also black. Even though the cape is an official part of his wardrobe, Black Adam is rarely seen wearing his cape.

What Powers Does Black Adam Possess?

Just like Billy Bastin, the word Shazam transforms Teth-Adam into Black Adam, which evokes the power of six Egyptian Gods. The Egyptian Gods that grant Black dam the superpowers are;

Zehuti, who grants him great wisdom and knowledge.

Aton, whose gift is often nebulosuly called ‘power’, and finally,

Black Adam is depicted as a much stronger character, even stronger than Shazam. Unlike Shazam, Black Adam has not shared his power with anyone. Black Adam is pictured in a way that he is strong enough to take on the entire Justice Society, Justice League, and most of the heroes of the DC Universe.