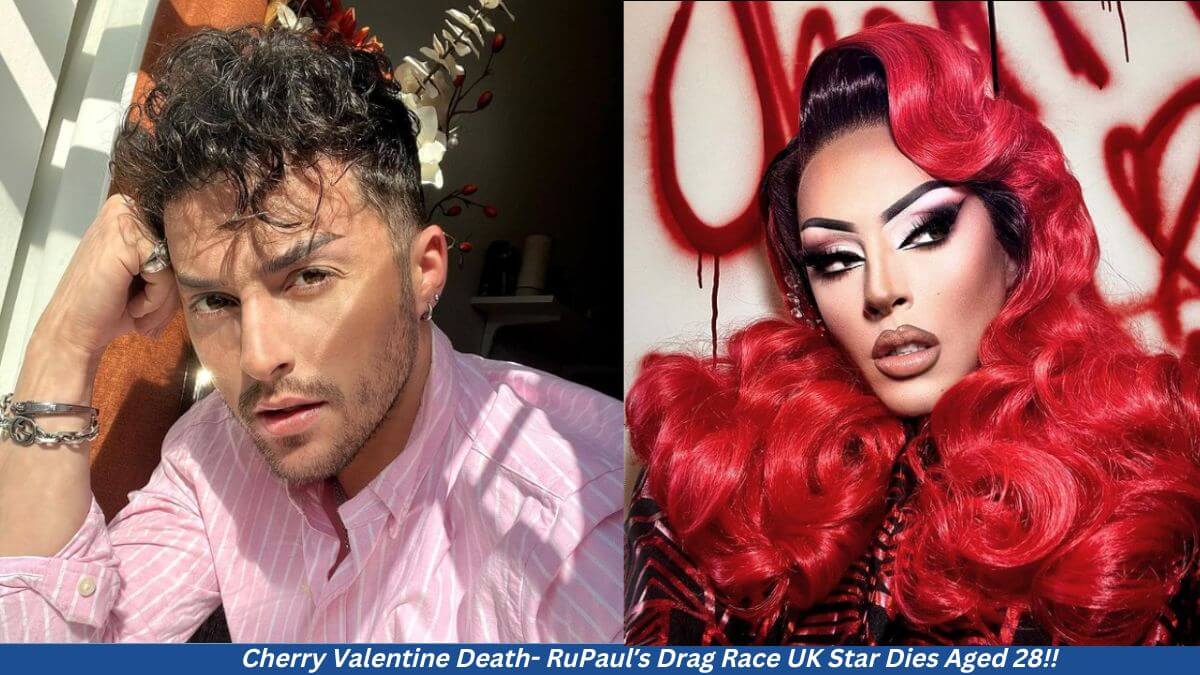 Drag Race UK Star George Ward, Aka Cherry Valentine Passed Away At The Age of 28

The news of George Ward’s death came as a shocking one for everyone and many people who are fans of the drag performer and Drag Race UK are heartbroken by the news.

George died on Sunday and the news of his death was shared by one of his family members. George’s family member said that George has tragically passed away but the family member didn’t mention what the tragedy was.

Along with the news, the family member also added that the news of George’s death can be a shock for most people, and Ward’s family is presently processing the news. He also asked George’s fans to include the drag performer in their prayers and give the family the privacy to mourn George’s death.

Who Was George Ward?

George Ward was born and bought up in a strict neighborhood where drag performance was accepted and in a recent interview, he said that he faced many homophobic treatments while growing up in Darlington.

After completing his schooling, Ward joined Leicester University where he gained his bachelor’s degree. The drag performer qualified as a mental health nurse in the year 2015 and has worked as the same in the National Health Service and was also a volunteer for UK’s COVID-19 vaccine rollout.

George Ward became Cherry Valentine when he started performing as a drag queen in the year 2018. Within two years of stepping into the field of drag performance, he became a contestant in the second series of Drag Race UK. Cherry’s name was leaked by the judge of Drag Race UK before the cast was revealed.

Also Check: Who Is Maryka? About Maryka And Adam Levine Affair Rumors!

Cherry Valentine is one among the 12 contestants of the second series of Drag Race UK and in the video where the drag queens were introduced to the audience, Cherry said that working as a mental health nurse has helped him understand people a bit more and by performing as a drag queen, he is working with alot of people and is trying to understand them better.

Cherry was placed 12th in the second series of Drag Race UK and was eliminated after the Rusical challenge, which is a round where the drag performer will have to lipsync to a certain song. Cherry has performed the round against Tayce.

After appearing in Drag Race UK series 2, Cherry Valentine gained the limelight even though he didn’t win the show. In 2021, the same year of his appearance in Drag Race UK, Valentine appeared in three music videos.

One was Jodie Harsh’s “My House” and another one was with Charlie XCX where he appeared in Charlie’s song “Good Ones” which is actually a drag performance video. Cherry Valentine also made his debut music video in the year 2021 and it was named “Aesthetic”.

Cherry Valentine was also an active participant in many stage shows Squirrel Friends, Tales Of The Condemned, and RuPaul’s Drag Race UK: The Official Tour. He was nominated for The WOWIE Award for Best Instagram Feed in the year 2022.

George Ward in the documentary has said that he was physically harassed, suffered from homophobic bullying, and was spat on while he was studying in school. He said that his community has always seen sexuality in a negative light and wasn’t very welcoming toward the LGBTQ+ community.

George came out as gay at the age of 18 and his family had a negative reaction to his sexuality, which made him leave the house. George says that he still didn’t have a connection with members of his Gypsy community and also with his extended family.

The documentary, Cherry Valentine: Gypsy Queen And Pound also showcased Cherry’s return to his community and to his roots and how he tries to become both a drag performer and a member of his community. The documentary was released on 25th January 2022.

The official statement released by the family member of George Ward says that the drag performer has left tragically. George was 28 years of age at the time of death and he was healthy and happy in front of the public eye. There has been no information about Ward being sick or health deteriorating reported, which suggests that the death was indeed a sudden and shocking one. George’s family hasn’t disclosed his cause of death and many are expecting that they will once they come out of the mourning period.

Demario Jackson Is Being Sued by Two Women for Sexual Assault