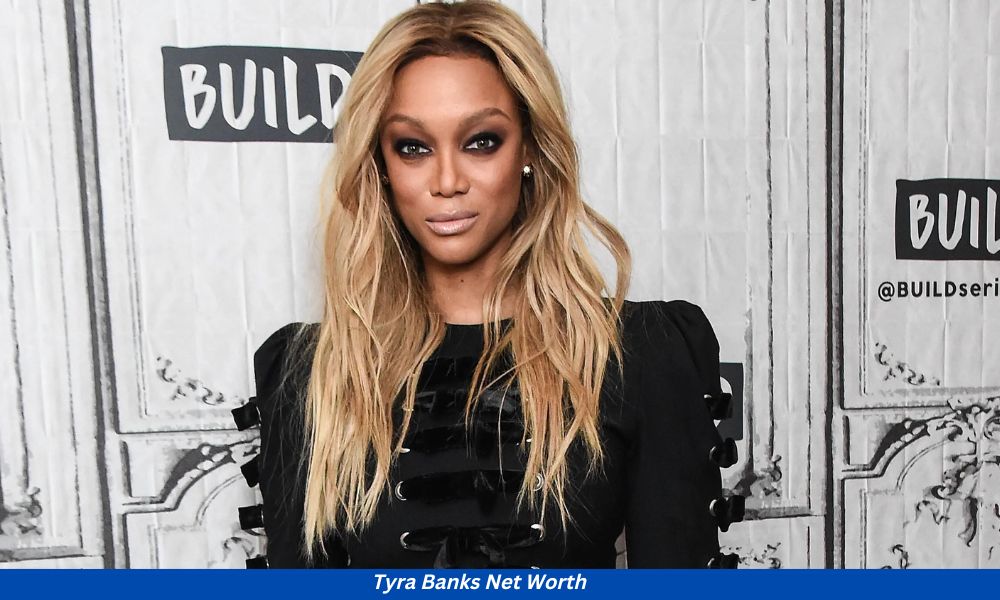 Tyra Banks, also known as Banx, is an American actress, model, producer, and writer. She was considered to be one of the top-earning models in the world back in the 2000’s. She has had a long-running career, from acting in several TV shows to having her own talk show, “The Tyra Banks Show. She has also created the famous reality show, America’s Next Top Model. Tyra Banks is one of the most loved personalities in America and has been an inspiration for many since the beginning of her career. Tyra Banks is estimated to be around 90 million U.S. dollars.

Tyra Banks was born on December 4, 1973, in Inglewood, California. She began her modelling career in 1991 and has since appeared in films such as Higher Learning, Life-size, Love & Basketball, Halloween: Resurrection, and others.

She has also appeared on famous American television shows such as Gossip Girl and Glee. Apart from acting and modeling, Tyra Banks has appeared in several reality shows such as America’s Next Top Model, The Tyra Banks Show, FABLife, America’s Got Talent, and Dancing with the Stars.

Having worked for nearly three decades and modelling for top brands like Victoria’s Secret and appearing in several movies, television shows, and reality shows as well as producing many shows, the net worth of Tyra Banks is estimated to be around 90 million U.S. dollars. Even after working in the industry for so many years, Tyra Banks still manages to be on the list of many filmmakers and directors, making her one of the most successful and top-earning personalities in America.

Tyra Banks grew up in Inglewood, California alongside her brother Devin, who is five years older than her. When she was about six years old, her parents got divorced. In 1991, Tyra graduated from Immaculate Hearth High School, which is in Los Angeles. Growing up, Tyra Banks was always into modelling and had a dream of becoming one of the top models in the world one day.

Tyra Banks started her modeling career at the age of 15, while she was still attending school in Los Angeles. In her old interviews, Tyra revealed that during her school days, she always used to get bullied for her appearance and was often called ugly, which motivated her to be the person that she is today.

In 1991, Tyra Banks started her modeling career at the age of 15 while also completing her education at her school in Los Angeles. Before she was signed by L.A. Models, Tyra faced rejection by four agencies. Soon after that, Tyra moved to Milan when she was given the opportunity to model in Europe.

The same year, at Paris Fashion Week, Banks had 25 shows in her hands and appeared in magazines like Vogue, Elle, Harper’s Bazaar, Vanity Fair, Seventeen, and Teen Vogue. She even walked in fashion shows for famous brands such as Chanel, Christian Dior, Calvin Klein, Valentino, Mark Jacobs, Fendi, Michael Kors, and many other brands.

She even appeared in many advertising campaigns for brands like Pepsi, Victoria’s Secret, Tommy Hilfiger, Ralph Lauren, H&M, Versace, etc. Tyra Banks made history by becoming the first black woman to appear on the cover of both Sports Illustrated Swimsuit Issue and GQ. She has also modeled for Victoria’s Secret for several years. In a very few years after her modeling debut, Tyra became one of the top-earning models in the world.

Apart from modeling, Tyra started her acting career with the fourth season of The Fresh Prince of Bel-Air. Since then, she went on to appear in many other shows such as Felicity, All That, MadTV, Wild out, Gossip Girl, Glee, etc. She appeared in several films, such as Higher Learning, Life-Size, Love & Basketball, Halloween: Resurrection, etc.

Although Tyra Banks’ earnings by year is not available, it is estimated Tyra Banks Net Worth is expected to be about 90 million U.S. dollars, making her the most successful and top-earning model of her time.

Tyra Banks’ personal life often grabbed the attention of the media and used to be the talk of the town, just like her professional life. In the 2010s, Tyra Banks started dating and was in a relationship with Norwegian photographer, Erik Asla.

The two seemed quite serious about each other and even had a son through surrogacy at the beginning of 2016. However, the relationship did not last for long, and the couple went their separate ways in the fall of 2017. The former model is, however, not suspected to be dating anyone right now.

In 2008, Tyra Banks won the Daytime Emmy Award for her excellent work and production on her own famous talk show, The Tyra Banks Show. Again in 2009, Tyra won for the second time in a row for her outstanding and informative talk show.

Tyra has also been considered to be one of the top models in the country and is known for her contribution to the modeling industry. She has inspired young women of color to be confident in their own skin and go out and achieve, not just in one but many departments.

The Talk On Social Media About Tyra Banks

Tyra Banks, who is currently hosting the thirty-first season of Dancing with the Stars alongside season nineteen winner Alfonso Ribeiro, is facing criticism from the public for making a few mistakes in the most recent episode, which aired on September 19, 2022. Many people advised Banks to “stop talking” after she pronounced a contestant’s name wrong and blamed the production house of the show for the mismatch in the scoreboards.

Some users have expressed their disappointment with Tyra and have criticized her poor hosting skills. With what could be an honest mistake made by Miss Banks, there were some things that did not sit well with the audience, which led to the ongoing criticism. However, Tyra has not yet reacted to the ongoing criticism, but the audience hopes that she will not make such mistakes again, and even if she does, fans wish that she does not blame the production staff for it and owns up to her mistake.