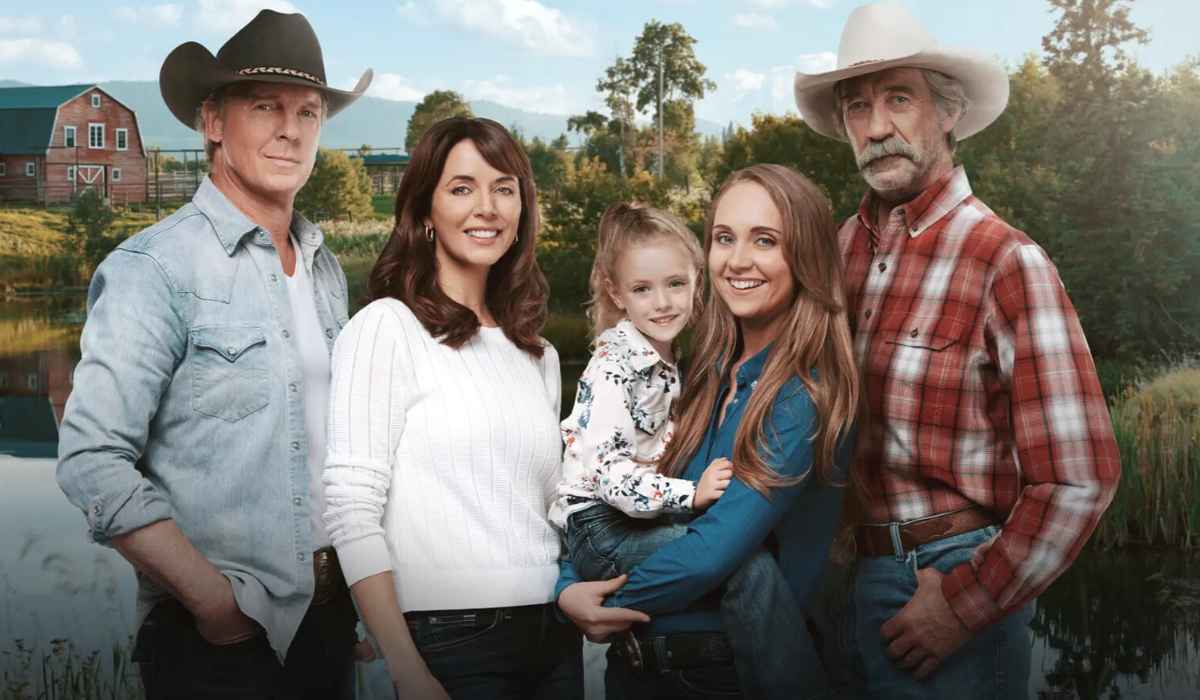 Heartland is a Canadian television series exploring the genres of family comedy and drama. It is based on the book series by Lauren Brooke of the same name Heartland. The show features Amy Fleming and her older sister Louise Fleming (Also known as “Lou”) living on their family ranch which is Alberta-based named “Heartland”.

The sisters live their life with their grandfather, who happens to be a widowed man named Jack Bartlett, along with their father named Tim Fleming, and a farmhand whom they have hired called Ty Borden. The show revolves around the highs and lows of the family living their days on the ranch, growing closer, and bonding for the best.

Heartland Season 16 Release Date And Everything You Need To Know!

The series has majorly been filmed in various locations in and around High River, Alberta. Along with some additional filming done in a studio and on-site in the regions near Calgary. Heartland season fifteen had a total of ten episodes, and the upcoming season sixteen is expected to have a total of fifteen episodes.

Heartland Season 16 streaming will be done on CBC and CBC Gem on October 2, 2022.

The Heartland Season 16 release date is October 2, 2022. The series will be available to stream on the online streaming service CBC and CBC Gem. The episodes will follow a weekly release pattern. Not all episodes are going to be released in one go.

Heartland Season 16 plot revolves around the main family members. The upcoming season sixteen will witness some new challenges and triumphs for the Bartlett-Fleming clan.

The show’s protagonist Amy will be seen moving forward with her life after the tragic loss of her beloved husband, she will also be developing some new friendships and might be considering the idea of a new romantic partner.

Lou and Peter will be forming a deeper commitment toward each other. Their daughter Katie will try and understand the dynamics of her life after the new reunion of her family and her general life altogether.

Where To Watch Heartland Season 16?

The Bachelorette 2022 Winner: Who did Rachel choose?

Fans are readily excited for this upcoming season of Heartland. Critics have always admired the show for its incredible script, direction, and a top-notch cast.

The scenery and the beauty of the place that is displayed in the episodes are something that the fans have always appreciated and enjoyed about the show. Even the plot and the performances of the characters are also commendable.

What Can We Expect From Heartland Season 16

The upcoming season sixteen of this multi-generational drama named Heartland is expected to be revolving around the show’s main characters they are living together as a family on their family ranch trying to navigate their lives together through the various difficulties of life and living through both the happy as well as the painful circumstances.

Amy will be seen moving on with her life, building up new friendships and a possible new love life as well. The show’s other characters named Lou and Peter will be developing a greater bond with each other with their daughter Katie trying to figure out her life.

Tim and Jessica will be focusing on and enjoying their newly wedded lives but an old ghost from Tim’s past will be revealed thus interrupting their newlywed bliss. Tim is expected to make some mistakes that he also made in the past.

The episode guide has not yet been revealed by the makers of the show. It is expected that season 16 of Heartland will have a total of fifteen episodes with each episode having an average run length of about forty minutes to forty-four minutes.

The series will not be releasing all its episodes in one go but will be following a weekly release schedule. Thus, following a similar pattern to that of the show’s previous seasons. Also, the show is primarily made in the English Language whereas it will also be available in other dubbed versions as well.