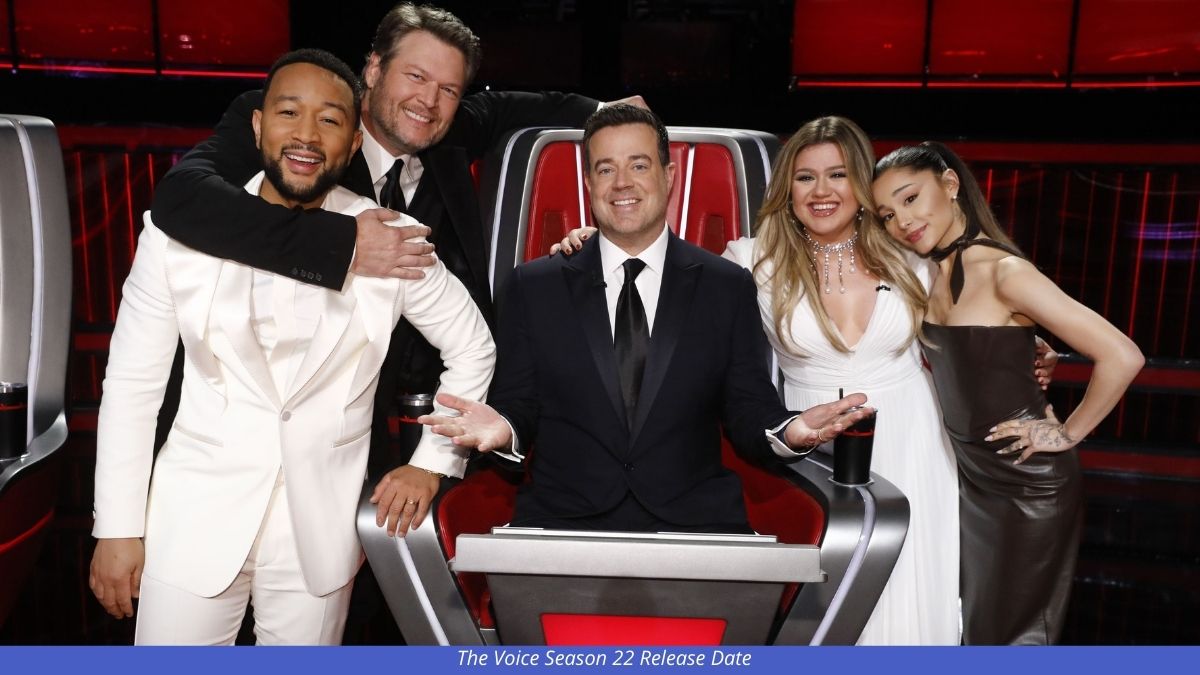 The Voice is an American singing reality competition television programme that airs on NBC. It debuted on television on April 26, 2011, during the springtime. It is based on the original The Voice of Holland and has twenty-one seasons. It is a part of The Voice series and aims to find undiscovered singing potential among aspiring singers, aged 13 and above, chosen from open auditions (solo or duets, professional and amateur).

The Voice of America, which NBC first announced in December 2010 as a version of the Dutch programme The Voice of Holland, was shortly abbreviated to The Voice. (The U.S. government already used the moniker “Voice of America” for its radio broadcast abroad. The winning contestant in each season is awarded $100,000 and a record deal with Universal Republic Records or subsequently Universal Music Group.

The Voice season 22 will debut on Monday, September 19, at 8 p.m. ET/PT. At the same time as in previous seasons, it will also show on Tuesdays. This is helpful in the early episodes of the season when the judges are choosing a chosen few from among thousands of hopeful aspirants to join their teams. Blake announced the show’s return for new episodes with a TikTok.

All About The Voice Season 22

As The Voice season 22 premieres on NBC, flip those chairs. The well-known singing competition, which features “blind” auditions in front of a panel of famous judges, comes back this fall.

The judges’ exclusive reliance on the singers’ performances in The Voice sets it unique from previous reality singing and talent competitions. Until a judge selects a contestant and turns around in their chair, or if the singer is not selected at all, the judges are not aware of who was singing.

The Voice goes through several stages before a winner is announced. The season begins with many rounds of blind auditions, from which each judge gets to pick 12 singers to proceed. The Battle Rounds, the following phase of the competition, pits two contestants from each team against one another to determine who progresses.

After receiving assistance from their mentors, the competitors who make it to the next round sing each week. After the Live Performances, there are only four contestants left, and they advance to the finals. The 22nd season of The Voice will begin on September 19. The musical trio Girl Named Tom from Team Kelly Clarkson’s The Voice won the 21st season.

Viewers get a peek of the new dynamic between Blake, Gwen, John, and Camila in a recent minute-long video. The country music performer made it plain that the new coach didn’t pose a danger to him. Does Camila’s participation in The Voice pose a threat to the established coaches? Yes, according to John, who hired the former member of Fifth Harmony to serve as a Team Legend advisor for season 21.

The Voice also made the decision to spice up the NBC programme a little bit by changing the format of the knockout rounds as the battle for the judges intensifies. The coaches will work closely with their teams to get ready for the task; first, there won’t be a big mentor. The competition will be fiercer than ever before since the round will be a “three-way knockout.”

Where To Watch The Voice Season 22?

NBC is accessible live on services like YouTube TV, Sling TV, and fuboTV. You may watch the entire episode the next morning on NBC.com/The-Voice or the NBC app if you don’t want to watch the show live. Alternatively, if you have a Hulu account, you may watch fresh episodes of The Voice the next day on the streaming site.

For 30 days, new customers may sample Hulu for free. If you have a Peacock account, you can immediately begin watching The Voice. But if you haven’t already, you may watch the singing competition series on the free plan of the service.

The 22nd season of The Voice has Blake Shelton, John Legend, Gwen Stefani, and newcomer Camila Cabello as coaches. Camila will take Kelly Clarkson’s position, who joined The Voice in February 2018. She participated in the programme for eight seasons.

Blake invited people to duet on his TikTok when he announced that The Voice will premiere in the autumn. Last but not least, Camila made a fleeting but revealing cameo in a TikTok duet to announce her participation.

At that moment, it was confirmed that Ariana Grande will no longer serve as a coach for season 21 of The Voice and host of The Kelly Clarkson Show. Although Kelly hasn’t spoken about quitting the programme, her exit isn’t entirely unexpected.

The following new cast members might join The Voice for Season 22:

● Jimmie Allen will serve as a Battle Advisor for Team Blake.

● Team John will receive help from Jazmine Sullivan as they proceed through the combat rounds.

● This season, Sean Paul will advise Gwen in addition to their current collaboration.

● This season, Charlie Puth will collaborate with Team Camila throughout the battle rounds.

The Talks On Social Media

The fans are extremely eager for the forthcoming season of The Voice season 22 as they all enjoyed watching Camila Cabello‘s arrival on the programme. One of the fan tweets, “I am overjoyed for Camila. She is such a sweet person “.

The upcoming season will be excellent for the fans. One competition supporter says, “The Voice is the best programme these days.” Although there are a lot of programmes where people treat each other disrespectfully, in the voice, everyone always shows respect for the artists.

One of the finest shows is The Voice because it allows vocalists to showcase their talent. The Voice has a large number of excellent singers. We may thus draw the conclusion that the following season will be too good for their followers, who were eager to watch Camila Cabello.

What To Expect From The Voice Season 22?

The blind auditions at the beginning of the season are a delightful part of watching The Voice. There, candidates perform for the judges in front of the judges, who are completely unaware of it till they turn to add the contender to their team.

The Voice’s upcoming season will probably draw inspiration from its prior seasons. The programme is currently in its 22nd season, and as more and more applicants who have previously applied return for another shot at fame. That implies that in addition to the new vocalists we’ll encounter along the road, there will also be a mix of recognisable faces in the crowd.

Any Episode Guide For The Voice Season 22?

The entire number of episodes for The Voice’s twenty-second season has not yet been made public. The future season, however, will contain 26 to 29 episodes and will follow the same format as the previous season, according to the source. The episodes of The Voice season 22 are anticipated to last between fifty to one hour on average.

In The Voice teaser, new judge Cabello is shown attempting to identify her potential hidden admirer. Watch the teaser of The Voice season 22.