It seems as though Zawe Ashton and Tom Hiddleston are taking on a...
HomeTop NewsStranger Things ... 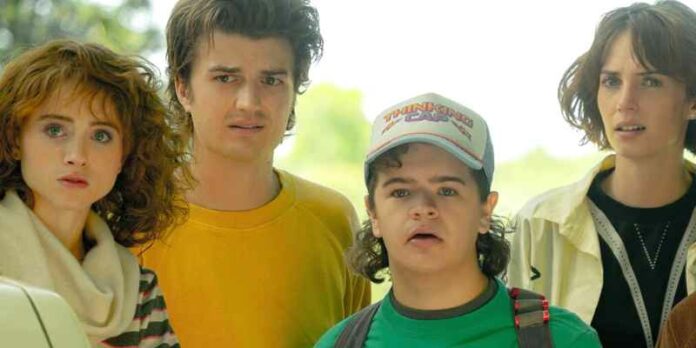 Just like many other series, Stranger Things season 4 has split up into two volumes. The fourth season of the fruitful Netflix original series holds the longest episodes in the world show’s history!

Stranger Things Season 4, Volume 2 Will Be Release On Netflix Today

The trailer of Volume 2 ended up by making the fans glued to the end scenes. From then, the die-heart fans popped up on the Internet with their own theories, rumors, and expectations about Volume 2 which will release today. It seems that every fan theory soon finds a halt today.

The new trailer makes the audience guess that the entire team will head to Hawkins Lab to make EL (the leading female character) free from the eerie things happening there. In the previous episode, Eleven, so-called EL was trapped at the Lab and the rest of the gang were busy with their own investigations to find out EL and the root of the brutal deaths happening in Hawkins.

The last episode ended by showing ‘Vecna’ to be more powerful than ever before. Hence, it seems to face some hard time for the gang to bring back EL and make the Hawkins free from Vecna.

After regaining her powers, EL will return to her friends to save them from the bad doings of Vecna. And this time, the fans can surely expect serious face-to-face scenes of Eleven and Vecna. Though Eleven had fights with the monster in previous episodes, this time will be really different as both Vecna and EL packed themselves with some extra powers.

Volume 2 will be having 2 episodes, one of which is 85 minutes long and the final episode is having two and a half hours, which is a very lengthy episode in the series record so far.

This clearly shows that the fans of Stranger Things should find enough time to complete watching the episodes without any breaks.

Everyone is eagerly waiting to watch the breathtaking scenes of their favorite characters.

As every character in the series performs their best, it will be really hard for the audience to concentrate on their favorite character’s performance this time too as usual.

With the release of the latest episodes in Volume 2, all the speculation about the climax scene will come to an end.

The rejoining of the Hopper with EL is one of the best scenes fans are curiously waiting for for over a month.

If you have never watched the Stranger Things series, It’s a must-watch one!