Lenny Hochstein Revealed A Split From His Wife Lisa Hochstein!! 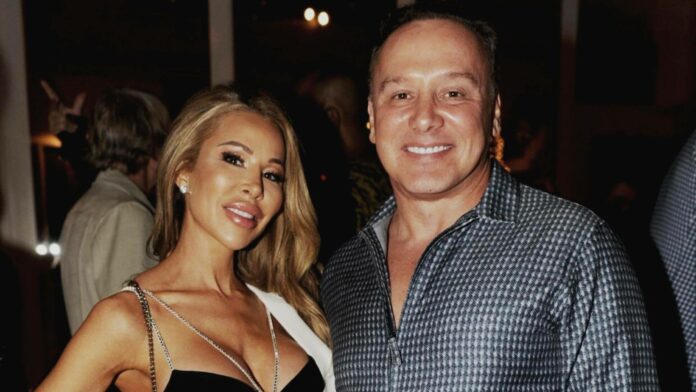 Lenny Hochstein is a familiar name in the world of plastic surgery. Moreover, the girls refer to him as the Boob God. Shocking news about this popular man has already shaken the fans and the known ones of Lenny. Recently, he revealed a split from his wife Lisa Hochstein. The reason for such a drastic decision has not yet been clarified. Of course, it is completely a personal matter for the couple. But for the fans, it is disheartening news, indeed.

According To The Reports, Hochstein Has Already Filed For A Divorce

According to the reports, Hochstein has already filed for a divorce, ending the 12-year-long relationship. It is a week since this plastic surgeon has declared the split-off.

Moreover, there is no hope of further reconciliation between the couple. Differences of opinion are now at a great height that will not break so soon. Please read about the reasons for such a decision of both parties.

Marriage Of Lenny And Lisa Coming To A Halt

The Hochstein’s share 12 years of marital life along with four children. The primary reason for the split is the alleged affair of Lenny Hochstein with a young model, Katharina Mazepa. On being interviewed, Lisa only remarked that she is now blindsided by all the remarks of Lenny. So, we have to wait and see how this lady tackles the unfavorable situation that led to the ending of her married life.

As per the recent survey, 55-year-old Lenny declared that the disturbances between him and his wife have gone far and cannot end now. This information is clearly written in the document for divorce filing. It seems unbelievable to many still now and there is no hope that the two will patch up again. Moreover, things are already on the worse side with the new relationship between Lenny and Katharina coming into the picture.

The recent picture on the Instagram handle of Katharina’s game fumes all these rumors where she is looking very happy with Lenny at one of their friend’s places. However, both Lisa and Leny are responsible parents. As a result, they have decided to spend quality time with their kids even after the divorce. This is definitely a favorable part of the news of separation.

Hochstein stated that the children have nothing to do with their separation. When the parents have decided to start a family, it is their responsibility to take care of the well-being of their kids. Furthermore, Lisa and Lenny are very happy by becoming the proud parents of such a cute daughter Elle and son Logan. While Logan is now 6 years old, little Elle is only 2. Parenthood is indeed a precious thing and everybody should respect that. Therefore, although Lenny does not share that bond with his ex-wife anymore, they will surely meet again for the sake of the children.

Final Decision A Month Ago

Recently, Lenny also confirmed that he had a final talk with Lisa about the dissolution of their marriage. Furthermore, the couple already decided to break all ties almost a month ago. On top of that, Hochstein also promised to bear the legal expenses of Lisa for this divorce. It is evident how desperate Lenny is to end the marriage with Lisa.

A few days ago, the steamy video of Lisa Hochstein took the internet on fire. The sexy lady looked awe-striking in the purple bikini. However, those who are used to the lovely pictures of Lenny and Lisa together will surely miss those moments. The Valentine’s Day post of Lenny with his wife Lisa caught the attention of millions as he captioned it as the day with his lady love. So, it is quite strange that within a few months only, the couple decided to break their marriage.

After declaring the divorce, Lenny also mentioned that for the last few weeks, he did not confirm the end of his marriage as he was trying to protect his family to the best extent that he could. Moreover, for the parents, the children are the whole world. Hence, Lenny has asked for some privacy at this crucial time of his life. However, it does not seem that he is much affected after looking at the cozy pictures with his young girlfriend. Katharina is more than 30 years younger than Lenny. But the renowned plastic surgeon is not at all bothered about this fact.

On the other hand, we can see that Lisa is now forgetting all these worries and spending time with herself. Her initiative for sun tanning proves that the star is trying to overcome the sorrows of the divorce and start a new life. Her Sunday post on Instagram indicated that Lisa is now fine and indulging more time in taking care of herself.