The Crown Season 5: Release Date Confirmed?! Every Update You Need! 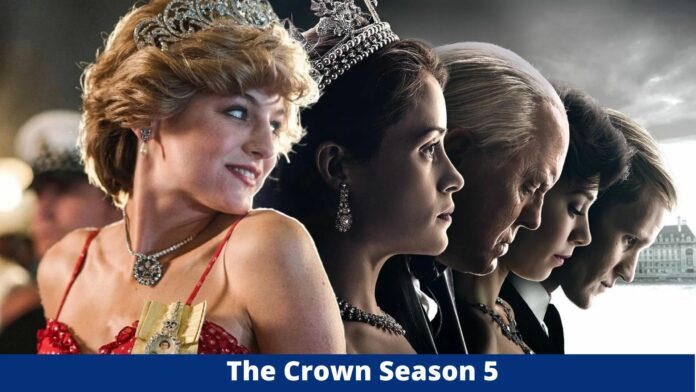 The Crown is an amazing Netflix Original series largely based on the political rivalries and romances of Queen Elizabeth II’s reign and the events that defined the latter half of the 20th century. It is obviously brilliantly dramatized, making for a terrific viewing experience.

Seasons one through four have provided us with a history lesson from the 1940s through the 1980s, but now that Margaret Thatcher and Lady Diana Spencer have made their debuts in season four, all eyes are on season five and the upcoming events.

Here is all we know about the fifth season of The Crown, including the cast, the release date, and what to anticipate.

Season four of The Crown premiered on Netflix in November 2020, and season five will premiere in November 2022, according to Netflix. Filming has begun, thus the project is at least on track.

The only date Netflix has provided for the premiere of season 5 thus far is November 2022. The hiatus in filming was reportedly scheduled, and not caused by the global epidemic.

Who will appear in season 5 of The Crown?

As The Crown recounts the reign of Queen Elizabeth II and the events of the second half of the twentieth century, the cast changes every two seasons to represent the passing of decades and the aging of the characters.

Lesley Manville will play Princess Margaret, replacing Helena Bonham Carter in seasons three and four and Vanessa Kirby in seasons one through four.

Prince Philip, Duke of Edinburgh, will be played by Jonathan Pryce, replacing Tobias Menzies, who played the role for the last two seasons. Matt Smith portrayed the part in the first and second seasons.

Elizabeth Debicki will assume the role of Princess Diana, succeeding Emma Corrin, who debuted the character in season four.

Dominic West, well known for his appearances in The Wire and The Affair, will replace Josh O’Connor as Prince Charles.

What is anticipated to occur in season 5 of The Crown?

Season five of The Crown will pick up where season four left off, in the latter half of 1990. It is therefore anticipated that season five would center on the 1990s. However, it is unclear which events will be covered or what showrunner Peter Morgan will emphasize.

The 1992 fire at Windsor Castle, the 40th anniversary of the Queen’s ascension to the throne, and the dissolution of numerous of her children’s marriages are just a few examples.

Princess Diana also appears in the latter half of the decade. Not just her conversation with journalist Martin Bashir, but also her 1996 divorce from Prince Charles and his terrible 1997 death. The Queen also celebrated her Golden Wedding Anniversary with Prince Phillip in 1997, so Morgan has no shortage of tales to share.

When will the official trailer of The Crown Season 5 be released?

The official trailer and other promotional materials will be released in the month preceding the anticipated 2022 Netflix launch. Till then, let’s watch season 4 of The Crown.

Where to watch season 5 of The Crown?

When season five of The Crown is eventually published, it will be exclusive to Netflix. Similar to Bridgerton, the show is an original Netflix production; hence, a Netflix subscription is required to see it.

How many episodes will comprise season 5 of The Crown?

The fifth season of The Crown is anticipated to consist of ten episodes.

Seasons one through four each have 10 episodes, for a total of 40 episodes. Therefore, it is quite likely that the following season will adhere to the present formula, especially since a sixth season is planned.