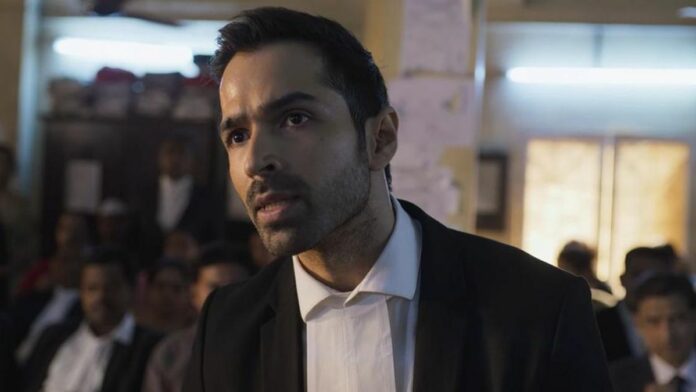 If you plan to watch a new web series filled with drama, suspense, and crime, then nothing can be better than “Guilty Minds”. This is the latest web series that Shefali Bhushan produces.

It is also essential to mention that the content of the web series is based on legal drama. The web series cast important actors like Shriya and Varun in the lead roles, supported by other artists. The series looks extremely promising. There are many factors to support such a kind of conclusion.

First of all, the story’s theme and plot are based on aspirations. These aspirations belong to two different lawyers who aim and think differently from each other. The second reason is the fantastic star cast.

The star cast has delivered a power-packed performance in the show. The cherry on the cake is the storyline and the sequencing of the scenes. This is useful to a great extent to spend a perfect weekend.

The web series was aired on amazon prime on 22nd April 2022. It is a must-watch web series, as it has been already acclaimed by the people who watched it. It extends to at least 10 episodes.

The plot of the web series

The plot of the web series is pretty amazing. The story begins from the college days wherein both the actors, namely Shriya and Varun, aspire to become successful lawyers one fine day.

Both of them know each other from the beginning. They become good friends due to the common goal and objective they wish to fulfill. However, the personalities of both lawyers are poles apart from each other.

It is because of the simple reason that while one of them prefers to give importance to different types of virtues like honesty, truthfulness, and righteousness, the other person, on a different note, is a part of a big law firm and does not have the same views concerning the virtues which have been just mentioned above.

The plot revolves around the story wherein they both pit against each other. The series focuses on the problem in their personal lives and the complex character of human feelings and emotions. The two actors are shown sharing every dicey relationship on the web.

The story moves ahead with the situations wherein they fight the cases for the clients. They argue in the court of law against each other and try to prove their point right. However, it is essential to mention that everything was moving smoothly between them until a high-profile case changed the zones they used to operate individually.

Heavy traffic on the web

The web series has achieved a tremendous amount of viewership in the first place. Amazon prime reported high traffic yesterday. The server even went down for some moments.

It is essential to mention that this is the perfect kind of series constantly viewed by so many people. Even when the trailer was released, it was expected that the web series was going to be a blockbuster.

The theme, the plot, the storyline, and the sequencing are all very entertaining and intriguing. Even the critics online have shown a thumbs up to motivate the audience to catch the latest episode of guilty minds as soon as possible. This is enough for the success of the web series in the shortest time.

In the recent interview with the media, the producers and the directors interacted. They were overwhelmed by the audience’s amount of love shown to them. The delivery of the content to the audience is quite impressive.

The success of the web series has motivated the producers and the crew members to such an extent that they have promised to begin with the development of season 2. This will be the most significant event wherein, just within a day, the decision to launch another season was taken so quickly.

To conclude, it can be ultimately said that this is the best type of experience that must be taken into accord. So if you have nothing stored for the weekend, try watching this fantastic web series as soon as possible.

This would be the best type of experience that the people would notice. The web series will be a perfect treat for you and your family. So enjoy your weekend with this unique web series.