The Fame Game Season 2: Is This Madhuri Dixit Starrer Coming? 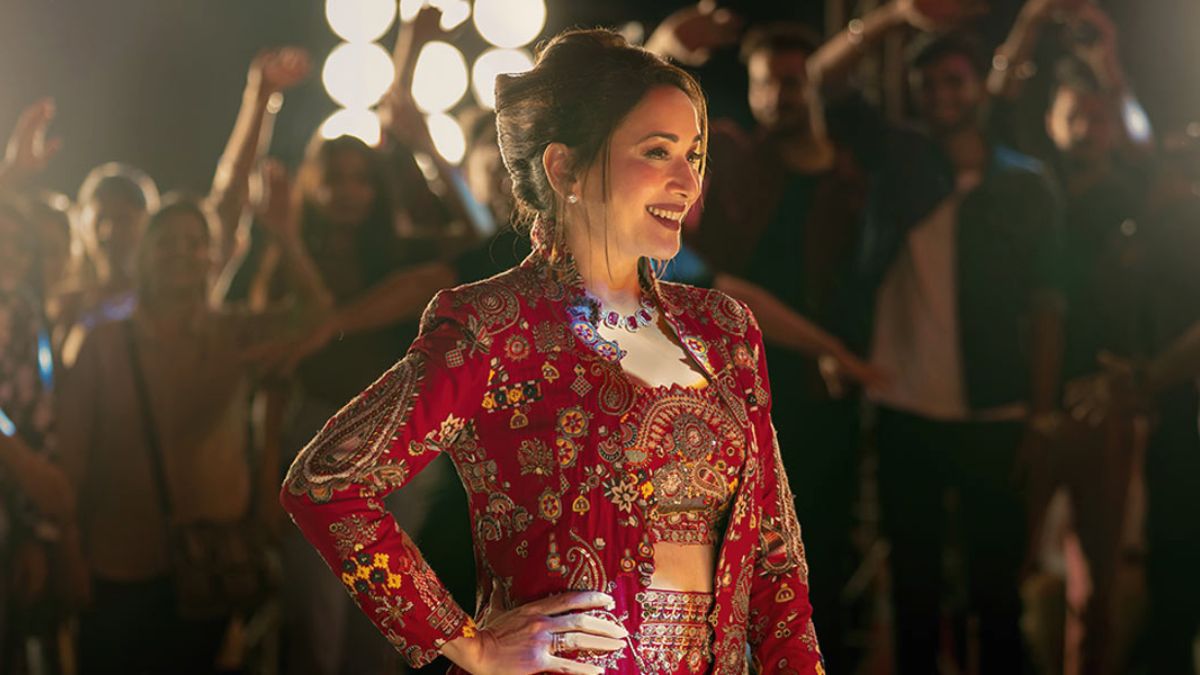 In the show, Madhuri Dixit portrays Anamika Anand, Sanjay Kapoor plays Nikhil More, and Manav Kaul plays Manish Khanna. Overall, The Fame Game is a terrific series. It’s enthralling, mysterious, and packed with Bollywood drama. Read on to see why Season 1 ended the way it did and also get an answer regarding Season 2.

Is This Madhuri Dixit Starrer Coming for a Second Season?

Here’s all we know so far about the sophomore campaign. Netflix and Dharmatic Entertainment have yet to confirm whether or not ‘The Fame Game’ will be renewed for a second season. However, the cliffhanger and other unanswered mysteries at the close of the first season clearly imply that the show is being planned as a multi-season production. Because the fates of Anamika, Amara, and Madhav are all left unresolved in the first season, a second season holds a lot of promise.

The finale surprise of Madhuri Dixit’s The Fame Game has shaken Twitter. ‘I’m still getting over it.’

The new online series, The Fame Game, starring Madhuri Dixit, features a strong Nolanesque climactic surprise that has left many startled. Many people flocked to social media to share their surprise and praise it.

The Fame Game, a web comedy starring Madhuri Dixit, debuted on Netflix on Friday. In the two days afterward, numerous people binge-watched the eight-part series, and many have been taken aback by the startling revelation in the last episode. The Fame Game is a thriller concerning the disappearance of Anamika Anand, a Bollywood starlet (Madhuri). It covers the narrative of how the secrets surrounding her life are uncovered as the inquiry into her disappearance goes on.

When Will The Fame Game Season 2 Be Released, If Renewed?

Season 1 of ‘The Fame Game’ premiered in its entirety on Netflix on February 25, 2022. The first season is made up of eight episodes that range between 43 and 54 minutes each.

In a recent interview, creator Sri Rao expressed his eagerness for a second season, strengthening the series’ prospects of renewal. If the program achieves Netflix’s popularity projections in the coming months, the streaming giant is expected to give it the go-ahead without hesitation. If it is renewed soon, ‘The Fame Game will be launched in the first quarter of 2024.

Expected Season 2 Cast of The Fame Game: Who Will Play Who?

If the film is updated, we might anticipate Madhuri Dixit to reprise her role as Anamika Anand. Aside from Dixit, a potential second season might feature Sanjay Kapoor (Nikhil More), Rajshri Deshpande (Shobha Trivedi), Muskkaan Jaferi (Amara), Lakshvir Saran (Avinash), Gagan Arora (Madhav), Suhasini Mulay (Kalyani), Shubhangi Latkar (Lata), and Makarand Deshpande (Harilal). After the death of his character in season one, Manav Kaul (Manish Khanna) is scheduled to return in a flashback sequence in a hypothetical season 2. Even if updated, Kashyap Shangari (Billy) may not return in the second season following the death of his character.

What Could Be The Plot Of The Fame Game Season 2?

The first season of the show comes to a close with disturbing revelations concerning Anamika’s disappearance. Shobha realizes, while watching an Anamika picture, that the actress’ disappearance is nothing more than a deception Anamika is adopting to get out of her problems. Anamika is discovered to be faking her own disappearance in the season’s last episode in order to teach her husband Nikhil a lesson, increase her prominence for the financial benefit of her new film, and set the stage for her daughter Amara to become the next star. However, when Amara realizes that her mother’s absence is benefiting her in obtaining attention, she decides to lock her mother up in order to keep the public under the misconception that Anamika is dead and elicit sympathy.

If the program is renewed, the second season might center on Anamika’s attempt to escape Amara and resume her normal life. If not, Amara’s rise as an actor may be boosted by the sympathy of her “late mother’s” followers and the broader public. Avinash may opt to go to New York to begin a new life. Nikhil may grow as a parent and assist her daughter in becoming “the next Anamika Anand.” Amara and Madhav’s romance may flourish despite Nikhil’s likely objections. Harilal’s loyalties may be divided between Amara and Anamika, both of whom desire his assistance to change their fortunes.

Is There a Trailer for The Fame Game Season 2?

Unfortunately, no information about The Fame Game season 2 has been disclosed or reported by Netflix as of yet. For those who haven’t kept up with the series, we’ve included a trailer from the previous season above. Enjoy!