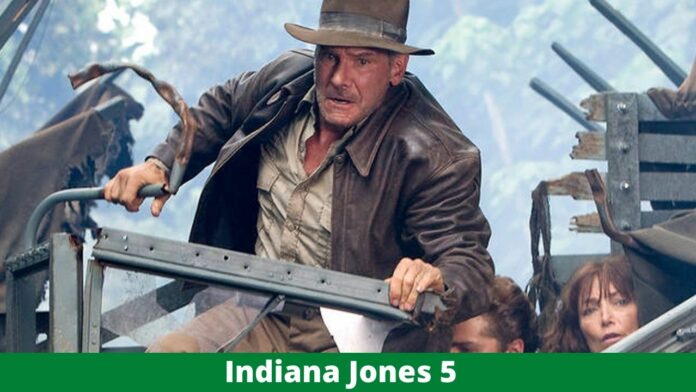 Indiana Jones is an American media brand that debuted in 1981 with the film Raiders of the Lost Ark and is centered on the adventures of Dr. Henry Walton “Indiana” Jones, Jr., a fictional professor of archaeology. A prequel, The Temple of Doom, was produced in 1984, followed by a sequel, The Last Crusade, in 1989. In 2008, a fourth film, The Kingdom of the Crystal Skull, was released. A fifth film is in the works, with a tentative release date of 2023. George Lucas devised the series, which stars Harrison Ford as Indiana Jones.

The brand was expanded to a television series in 1992 with The Young Indiana Jones Chronicles, which depicted the character in his childhood and youth, as well as adventures with his father. Marvel Comics began publishing The Further Adventures of Indiana Jones in 1983, while Dark Horse Comics acquired the character’s comic book rights in 1991. Novelizations of the films have been published, as having several novels with fresh adventures, including a series of German novels by Wolfgang Hohlbein, twelve novels set before the films published by Bantam Books, and a series inspired by the television show set during the character’s childhood. Since 1982, a slew of Indiana Jones video games has been developed.

Frank Marshall, the producer of Indiana Jones 5, has revealed that production on the long-awaited sequel film starring Harrison Ford is nearly complete.

Indiana Jones is returning to theatres after a 13-year absence. The director of the untitled Indiana Jones 5 film, James Mangold, just stated that filming is nearing completion. In response to followers’ inquiries, he tweeted, “About a month left.”

To cut a long tale short, Indiana Jones 5 is scheduled to hit theatres on June 30, 2023, barring any further delays, which have been numerous.

After previously stated, the film was delayed yet again, this time by another year, to June 30, 2023, as Disney pushed back a slew of films.

It will come as no surprise that Harrison Ford, the man synonymous with the part, will be back in the hat once more. Producer Frank Marshall indicated unequivocally that the role would not be recast for the new film.

That’s fortunate, because Ford has stated that no one else can play Indiana Jones except him: “He’ll be gone when I’m gone. It’s simple. Make a mental note of it.”

Phoebe Waller-Bridge has been cast as the female lead, and we’ve gotten our first look at her in the film.

Mads Mikkelsen (who is adding another franchise to his resume), Marvel’s Thomas Kretschmann, Black Panther’s Shaunette Renée Wilson, and The Predator’s Boyd Holbrook will join her.

For the time being, no information on who they’ll be playing have been revealed, however Mikkelsen has teased that the script was “everything [he] wished it to be.”

“I believe I’ve been welcomed in to develop a persona – I believe everyone wants that,” he remarked. “That’s why they choose specific performers that they believe can come up with specific ideas, and it will be a collaboration, as it usually is.”

Toby Jones, who will play with Antonio Banderas, has joined the cast since production began. Their identities, like those of the other arrivals, have been kept hidden.

Behind the scenes, famed composer John Williams has been confirmed to return to score the film, completing the journey he began with Raiders of the Lost Ark 40 years ago.

In terms of another potential returning cast member, John Rhys-Davies told that he wanted to play Sallah again, who initially appeared in Raiders of the Lost Ark and then again in Indiana Jones and the Last Crusade.

Marion Ravenwood, Indy’s love interest in Raiders of the Lost Ark and Crystal Skull, may not return. Karen Allen, despite being involved in the film’s early beginnings, was not contacted when Indiana Jones 5 was formally announced in 2016.

Is this to say she’s certainly not in it? Not necessarily, as a lot has changed since 2016, and she told that she’s interested in learning more about Marion.

Jim Broadbent, another Crystal Skull actor, stated in 2017 that he would be “happy” to reprise his role as Charles Stanforth, Indy’s boss at Marshall College.

In an unexpected move, Star Wars actor Mark Hamill has cast himself as a possible villain in the fifth instalment. That’s something we’d like to see!

lets watch it below,